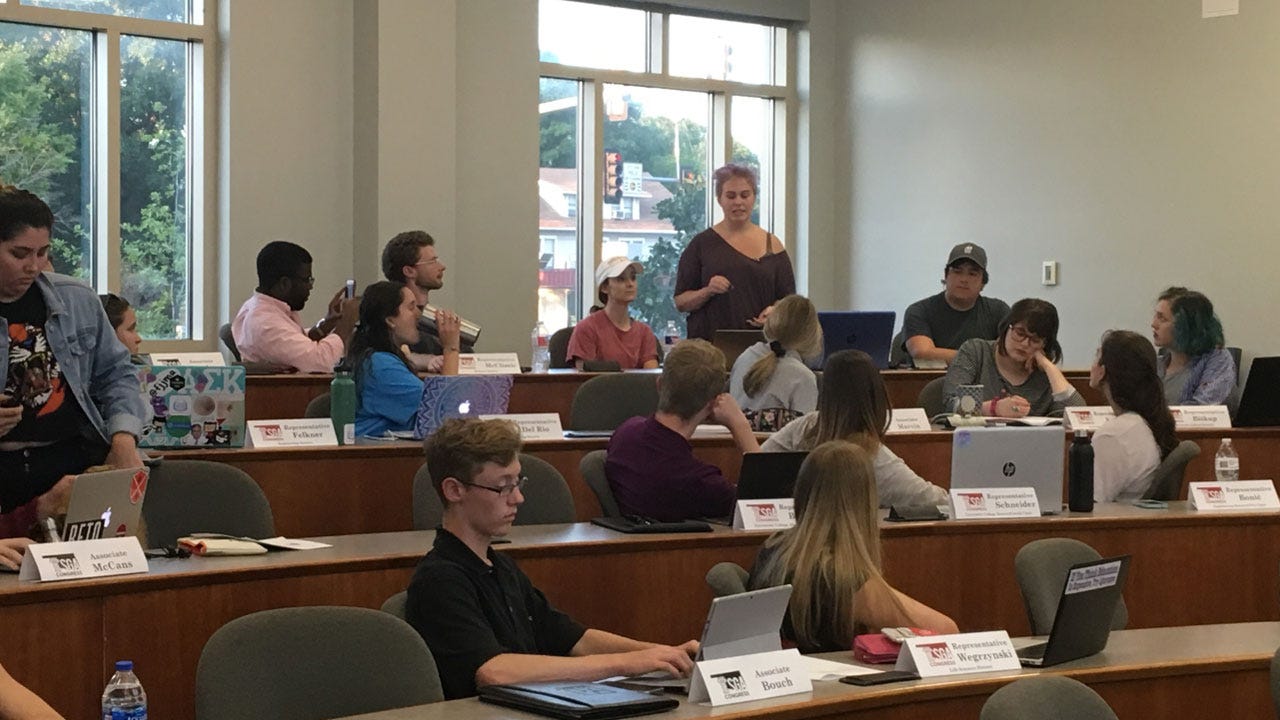 There are leaking ceilings, empty courtyards and restaurants that look abandoned. Floors are dirty, faucets squeak and showers have next to no water pressure. There have been reports of outlets sparking and catching appliances on fire. Fire alarms have activated in the middle of the night.

Cross Neighborhood at the University of Oklahoma certainly has curb appeal, but a peek inside the building reveals that these new upperclassmen apartments are anything but luxury.

OU sophomore Abigail Lowder moved into Cross after she was offered free summer housing and other signing incentives. Tuesday night, she stood up in front of the Student Government Association flanked by two fellow Cross residents to voice their concerns about their new living space.

“Fire alarms have gone off three times in the middle of the night. We are being charged for amenities that are not in service even after a month of living there. The lobby of building C has been leaking for days and leaked in several different spots and it still hasn’t been taken care of.” Lowder told the student congress.

The three students present at the meeting are far from the only residents with problems. There have been multiple reports of faulty outlets, poorly-designed rooms, and building policies that have residents frustrated. A specific frustration with a lock-out policy which charges $65 for community advisors (CA) to unlock rooms prompted Lowder to tell a short story.

“There was an individual who woke up early for work but accidentally forgot their key card,” said Lowder. “They called the on-duty CA multiple times before receiving a response. Then the individual quotes on being informed that they couldn’t be keyed without paying and long story short she was left crying outside of her room because she couldn’t afford to pay $65 because she left her ID in her room which was absolutely absurd to me.”

After allowing Lowder an indefinite amount of time to address SGA about resident’s issues with Cross, the student congress erupted into applause.

SGA Chair Thomas Cassidy told Lowder and the other residents present that the Problems and Projects Committee would look into Cross’s issues further. Representative Faith Blank also thanked the trio for their willingness to come to the meeting.

“I just wanted to say thank you for bringing this concern to us.” Blank told the residents. “We don’t really see a lot of students who take the initiative and like clearly you’ve put a lot of effort into this... We will do everything we can to follow up and take care of that.”