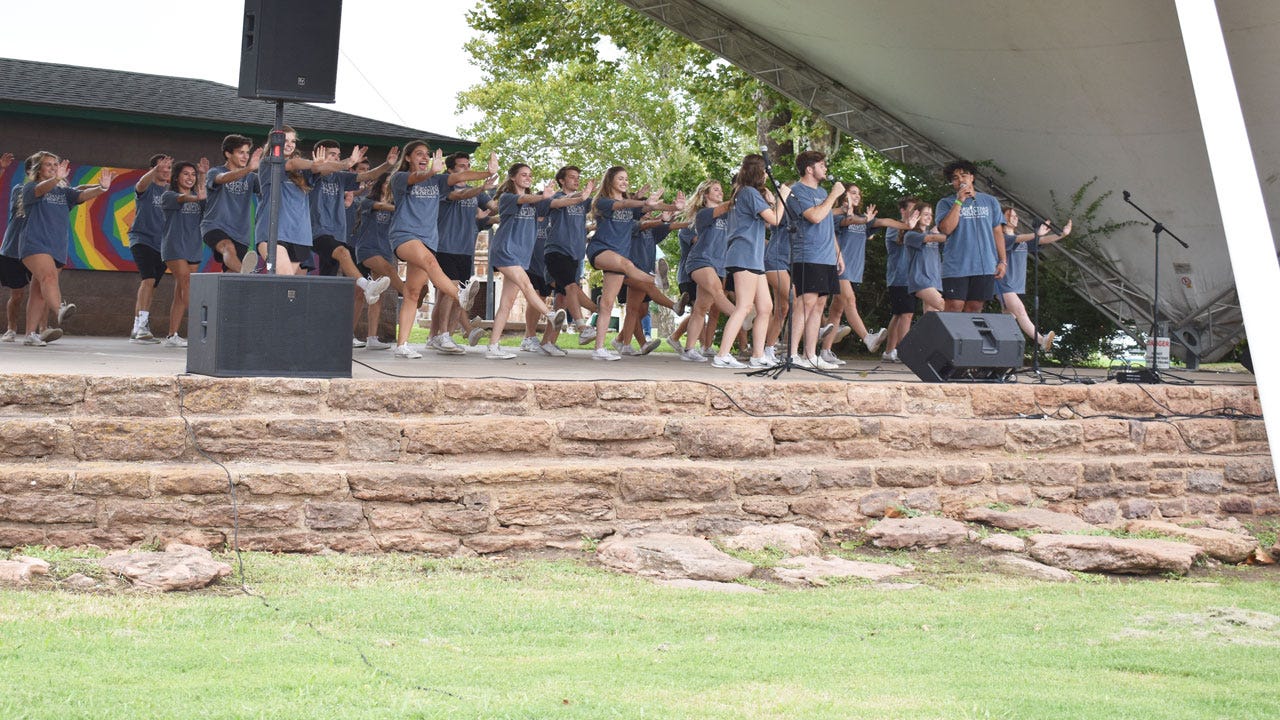 Music and Miracles allowed the groups and performers of University Sing to give a preview of their hard work all while raising money for Soonerthon. Soonerthon is the official philanthropy of the Campus Activities Council.

Soonerthon Team Captain Maci Neal said Soonerthon is where she found her place on campus.

Samantha said she came to music and miracles to share her story. Samantha, who has chiari malformation, trigeminal neuralgia, and scoliosis, fell off of playground equipment and landed on her back when she was six.

“The fall helped me realize that I was six months away from being paralyzed,” said Samantha.

She said she had brain surgery to help treat her condition, but there is currently no cure.

“It’s really important because Soonerthon saved my life and so many others,” said Samantha. She said that every penny counts.

Samantha said she when she grows up she wants to go to the University of Oklahoma and be a neurosurgeon.

Samantha said a miracle kid is a person who goes to OU Children’s hospital for any treatment or surgery. She said Soonerthon raises money for doctors and equipment.

“We haven't really made a goal this year because it doesn’t matter what the dollar amount is, because every year we just give back,” said Neal. “Yeah, we want to do better and want to do more, but at the same time it’s just about trying to do good as we do that.”

Biology Pre-Pharmacy Freshman major Avery Holt danced to “What I Like About You,” with USing at Music and Miracles.

“I like to help with the kids. It’s a great organization and really fun,” said Holt. Holt participated as member of the Beta Theta chapter of Kappa Kappa Gamma.

Class Council’s head USing director Justin Norris and dance director Morgan Rowe said they both got involved with USing through Class Council as freshman.  Class Council is the only non-greek affiliated group competing in USing. Class Council allows any student to audition to be a part of their show.

“Bringing people together to give them opportunities is something that Morgan and I really vibe with so being able to provide that to our awesome cast is something so amazing,” said Norris.

“I feel like USing has given them[new OU students] an opportunity to get involved with something that they might not have been able to otherwise and I’m really excited to be a part of it,” said Rowe.

Music and Miracles also hosted food trucks that gave a portion of their profit to Soonerthon.

To donate, visit soonerthon.ou.edu and hit the donate button.