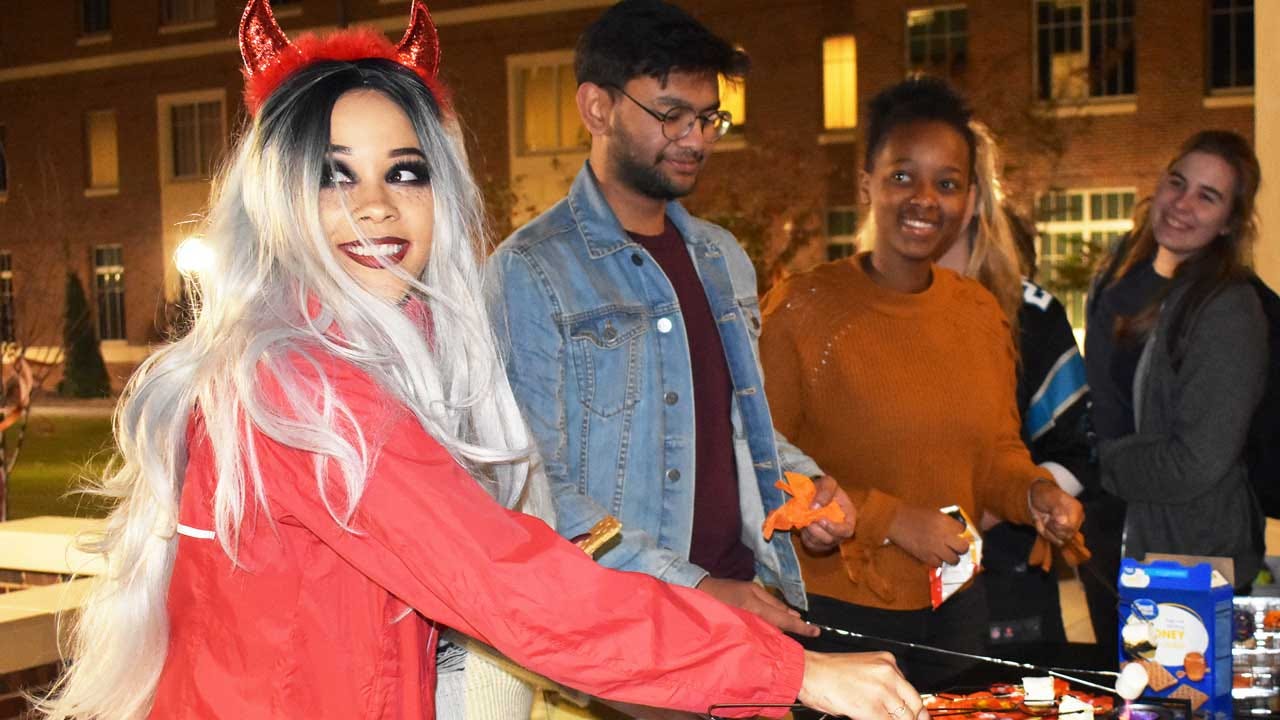 The Oklahoma Association of Transfer Students, OATS, hosted its 7th annual OATStoberfest Tuesday night in the Headington College Courtyard. Students dressed as ghouls, devils, and other creepy crawlies as they interacted and made connections.

OATS goal is to help transfer students adjust to new environments and act as a resource to connect students to various opportunities, according to it's website.

Vu said that she joined OATS to help transfer students who have a background in college, but might not know everything about the University of Oklahoma.

“We needed something for students who have been through the college process, but maybe not the OU process,” said OATS Co-Chair Taylor Paulmbo.

Paulmbo said OATStober is one of the only events that is designed for transfer and non-transfer students to network.

“I prioritize OATS because I’ve been in their shoes and I know what it’s like to feel like you don’t have everything together, like you don’t know where you’re going, and I want to offer that resource to people that don’t feel like they have it,” said Palumbo.

“We get to know people, make connections, the whole college experience,” said Barger. Barger said she would definitely take a friend to the Halloween celebration next year.

Junior elementary education major Caitlyn Terry transferred to OU this semester from Maryland. She said OATS has been great for her.

“It’s given me opportunities to go out and meet people in a similar situation as I am,” said Terry. “It’s fun to hang out with them.”

Terry said she wanted to come to the Halloween party to take a break from studying and connect with others.

“As someone who is from out of state, Oklahoma is just very different from where I’m from,” said Terry. “So getting plugged into the community is important to connect to the things they do here. Like the football games just weren’t a very big thing where I’m from.”

Transfer students make up 6 percent of the undergraduate community at OU, according to collegetransfer.net.

“We don’t have it all together. We might be older but we still don’t know what’s going on,” said Vu. “But that’s why OATS is here to help those [transfer] students to learn about OU culture, OU history.”

OATS has meetings every other Tuesday. For more information, visit here.