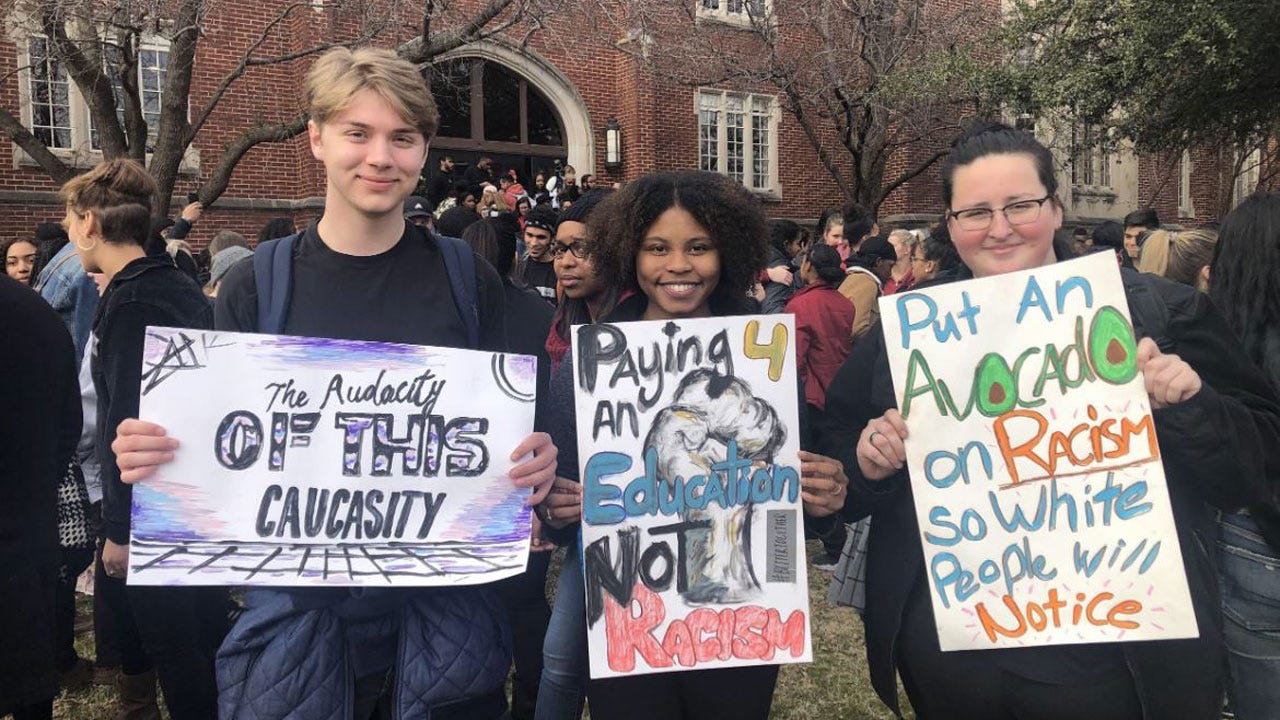 In response to the blackface incidents that have taken place on campus, students from The University of Oklahoma are speaking out in protest. Today a student-lead march moved its way across campus in hopes of raising awareness.

The Better Together march, lead by BERT, the Black Student Association Response Team, began its route at Dale Hall and soon moved to Evans Hall, which houses the president’s office. The marchers remained silent until they reached Evans, where they began to chant, “Better together.”

The organization is not only raising attention and awareness for the black student community, but is also demanding President Gallogly have a zero-tolerance policy of hate speech on campus.

At the Rally to Stop Racism, held in the university’s union on Tuesday, President Gallogly’s actions on handling the racists videos came under fire after students and faculty members stated he has not supported minority groups across campus since taking office.

Freshman JohLea Johnson, chose the University of Oklahoma with the hope that is was more inclusive and diverse than other schools. Since arriving at the university, Johnson has doubted her choice on attending OU.

“Everyday you’re walking by and growing up as a black kid, you always notice a difference, and it’s that you are the minority in every class. I told my parents I wanted to come here because I felt it was a better source of diversity than other schools I could have gone to, it felt like a home for me, but now after this last week, it’s like I could have gone anywhere else,” Johnson said.

Members of the Oklahoma football team were also a part of the march and stood together in solidarity. The team also marched in 2015 when the video of the Sigma Alpha Epsilon fraternity chanting a racial slur went viral.

After finishing up at Evans Hall, the march moved to the student union where they gathered outside and shared stories and concerns over the injustices on campus. Black Student Association member, Miles Francisco, promised the crowd that the change they demand is possible by standing together.

“If we are better together, we can’t be defeated, I promise you that,” said Francisco.

The rally ended with the marchers holding hands and singing, “Lift Ev’ry Voice and Sing,” which is often called the Black National Anthem.

A rally in support of President Gallogly is also planned for today at 6:30 p.m. and will take place in the union food court. BERT will hold a town hall this Sunday at 7 p.m. in Dall Hall Tower.