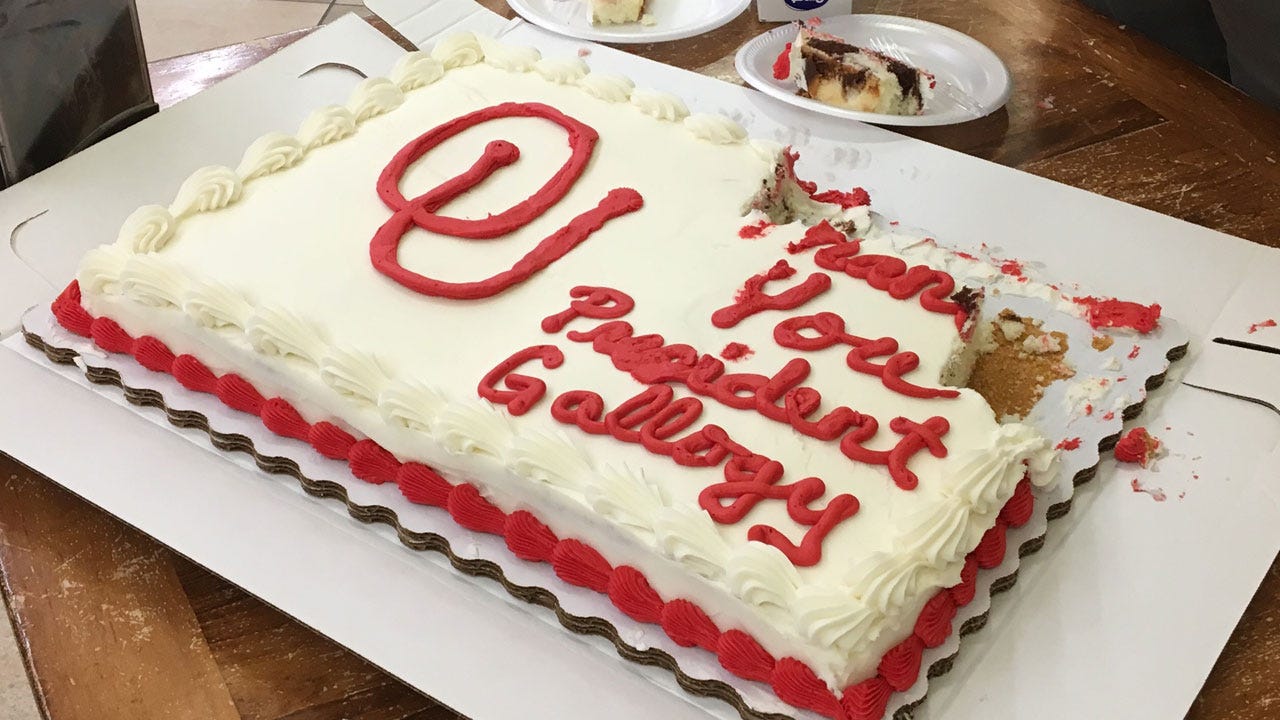 A rally to support the University of Oklahoma’s president, who faced backlash after racist incidents occurred on campus, was held on Thursday night.

While hundreds of students gathered earlier in the day to attend the Better Together March, only a couple dozen students attended the event supporting OU President James Gallogly.

Those who gathered were given a piece of a cake, which was decorated to say, “Thank you President Gallogy.” However, the cake misspelled Gallogly’s name.

Christopher Glenn, a mechanical engineering senior who organized the event, said the rally was assembled to create a friendly dialogue between OU students who have differing views.

“Gallogly wants to bring us together, so of course it [the rally] started off as pro-Gallogly. He’s a really busy guy, and this is bigger than that,” said Glenn. “This is mostly for the students and bringing everyone together.”

There were no student or facility speakers at the event, and President Gallogly was not in attendance. The purpose was, as Glenn said, for opposing sides to come together and eat cake.

“I think some people are trying to make it a racial issue, which it’s not. This is actually just bringing us together,” said Glenn.

Gallogly said in a statement that he is currently working with stakeholders to make OU a safe and welcoming community, and he hopes to share his plans soon.