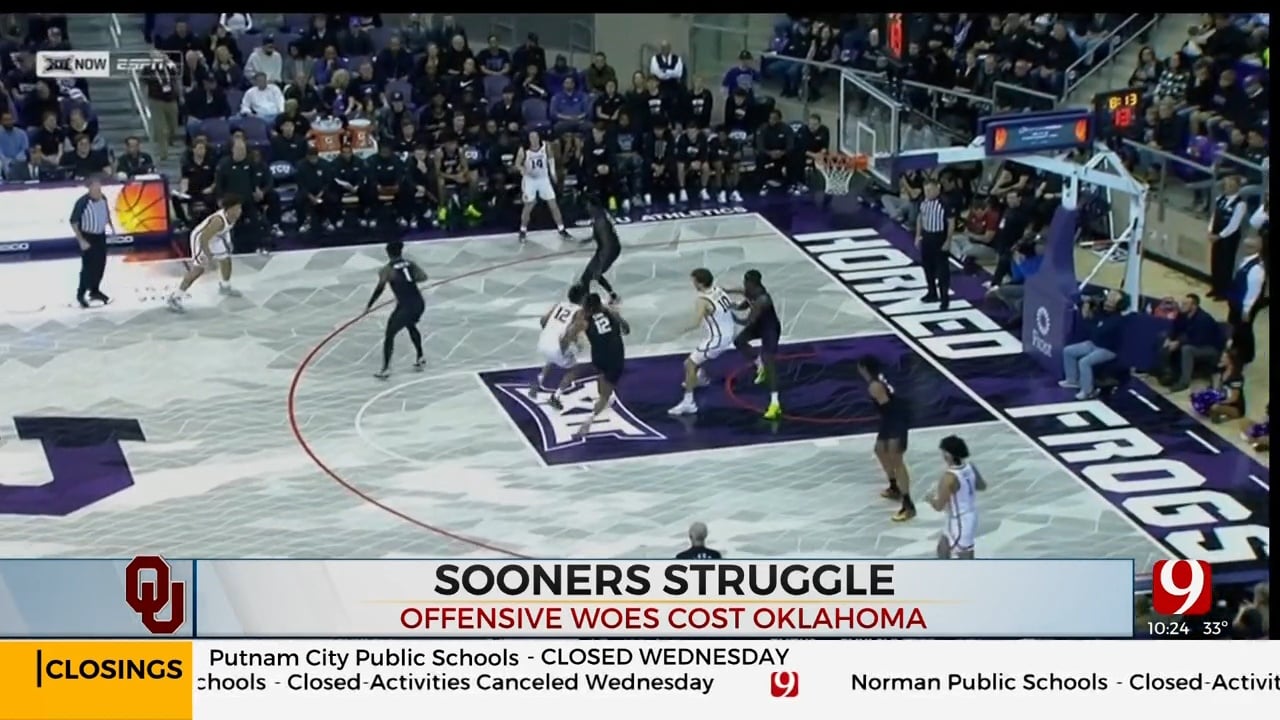 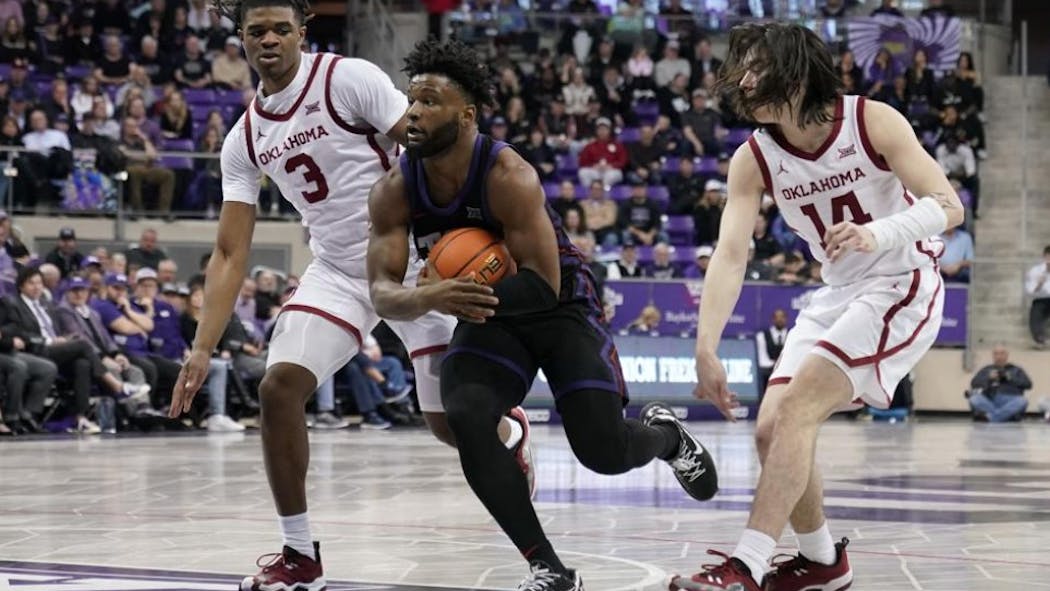 Mike Miles Jr. scored 23 points and 11th-ranked TCU led throughout in a 79-52 win over Oklahoma on Tuesday night.

The Horned Frogs followed up their 23-point win at then-No. 2 Kansas by scoring the game’s first 11 points.

Damion Baugh and Micah Peavy added 13 points apiece for TCU (16-4, 5-3 Big 12). Emanuel Miller grabbed 10 rebounds while Eddie Lampkin Jr., the team’s leading rebounder, sat on the bench with a protective boot on his left foot because of a high ankle sprain sustained in the win over the reigning national champion Jayhawks three days earlier.

Norchad Omier had 12 points and 11 rebounds for the Hurricanes (16-4, 7-3 Atlantic Coast Conference), who halted a nine-game slide to the Seminoles.