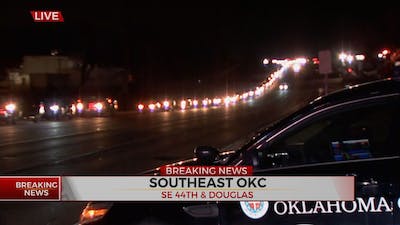 Emergency crews are on the scene of a deadly crash at an intersection in southwest Oklahoma City.

Police say the crash happened near Southeast 44th and Douglas on Tuesday morning.

Currently, it is unclear what led to the crash. Police have not yet identified anyone involved.

Officers said the driver didn’t see the pedestrian in dark clothing and struck them.

The crash has caused some road closures on Tuesday morning. Northbound lanes and one southbound lane of South Douglas are closed near Southeast 44th due to crash.