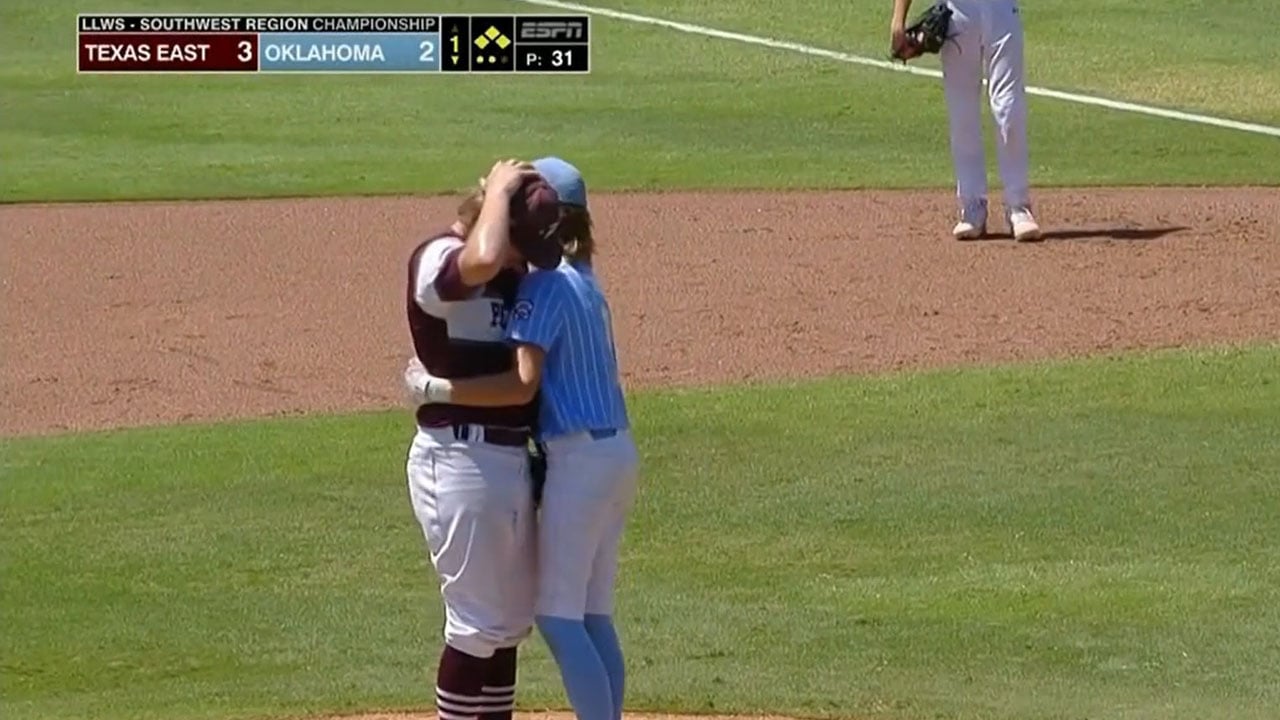 A Tulsa little league player who got international attention for an act of sportsmanship is getting new recognition.

On August 9, Isaiah Jarvis and the rest of his Tulsa team were battling it out in the southwest region championship, broadcasted on ESPN. A trip to Williamsport, Pennsylvania and the Little League World Series was on the line. Isaiah was at the plate when Texas East Pitcher, Kaiden Shelton, lost control of a pitch and hit Isaiah in the head.

To everyone's surprise, Isaiah got right back up. What happened next touched hearts around the world.

Isaiah noticed Kaiden tearing up. Worried he had hurt him, Isaiah left first base, walked over and gave Kaiden a hug.

"It's an honor, it really is an honor," Isaiah said.

"I didn't know what it was,” Isaiah admitted. “I was excited though, because I was going to get to go to St. Louis."

The Musial Awards were started in 2005 and named after Cardinal great Stan Musial. The awards honor the greatest acts of sportsmanship annually.

The awards also honor amateur athletes, like the cross country runner, who, in 2012, stopped and carried her fallen competitor over the finish line, falling to 15th place herself.

This year, Isaiah is being honored with 13 others.

Like Former NFL player Warrick Dunn, U.S. Speedskater Brittany Bowe, and the biggest name of the night, one of the greatest baseball players of all time, Albert Pujols: someone Isaiah was determined to meet.

"I'm excited, but I'm excited to see how big he is,” Isaiah said of Pujols. “People say he's huge."

Before the show, Isaiah, dressed in a new suit, with a mullet that took months to grow, walked the red carpet like a pro. After stopping for an interview and getting a few pictures, Isaiah went straight for the future hall of famer.

"Nice to meet you; my name is Isaiah Jarvis," he told Pujols.

Other kids stopped for a picture and autograph, too, including a kid who flew to St. Louis to present Isaiah the award: the pitcher who hit him, Kaiden Shelton.

Although living in different states, the two boys have struck up a friendship.

At the ceremony, the two were honored first, with a round of applause that brought everyone to their feet. The recognition isn’t something Isaiah expected when he walked off first base four months ago.

"I was just trying to show Gods love through me and help get it to him," Isaiah said. "Treat others how you want to be treated and do the right thing all the time."