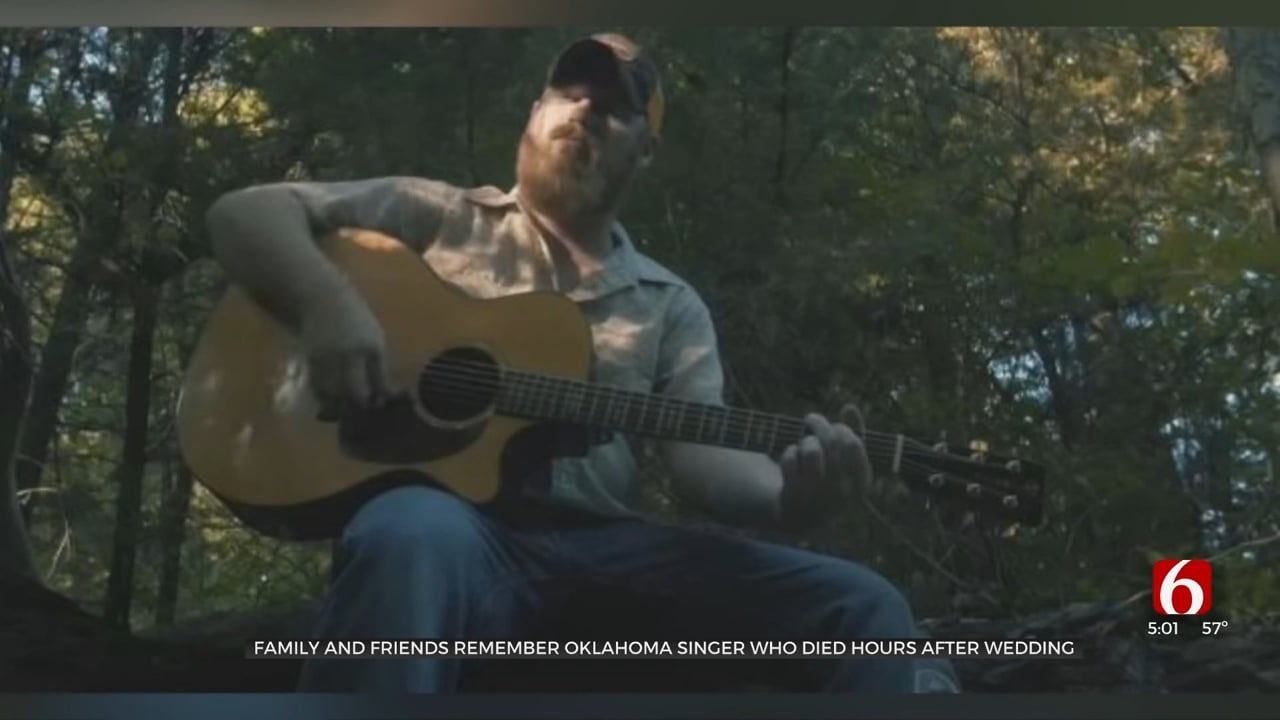 Friends and family are devastated after an Oklahoma singer died unexpectedly the night after his wedding. Other songwriters said Jake Flint was one of a kind and a rising star.

"Just so much to offer, and gone too soon," said songwriter Bernie Nelson.

Jake Flint's fellow songwriters and friends said he was humble, a hard-worker, and gave it all when on stage.

Cline was Jake's manager. She signed Jake after moving back to Oklahoma from Nashville, instantly drawn to him.

"I actually wasn't even looking for anybody to sign, but I met Jake and he was so impressive, and Jake Flint is one of those artists when you meet, you never forget," she said.

Jake wrote songs with music publisher Justin Peters. Justin said Jake would do anything for anyone.

"That's what I loved about him, he actually cared, if he met you, he'd treat you like you were worth ten million dollars," Peters said.

He said Jake cared about music and was always listening and learning.

"I never had any regrets with him, because when we hooked up, it was life in the full," Justin said.

Jake died unexpectedly in his sleep the night after his wedding.

Bernie Nelson wrote with Jake and says he's having a hard time.

While Jake won't be here to play, Bernie said he and other musicians are going to make sure his songs are always heard.

"I can't do anything about the hurt, I can only tell you the joy he left a lot of people, far supersedes the loss that we have," he said.