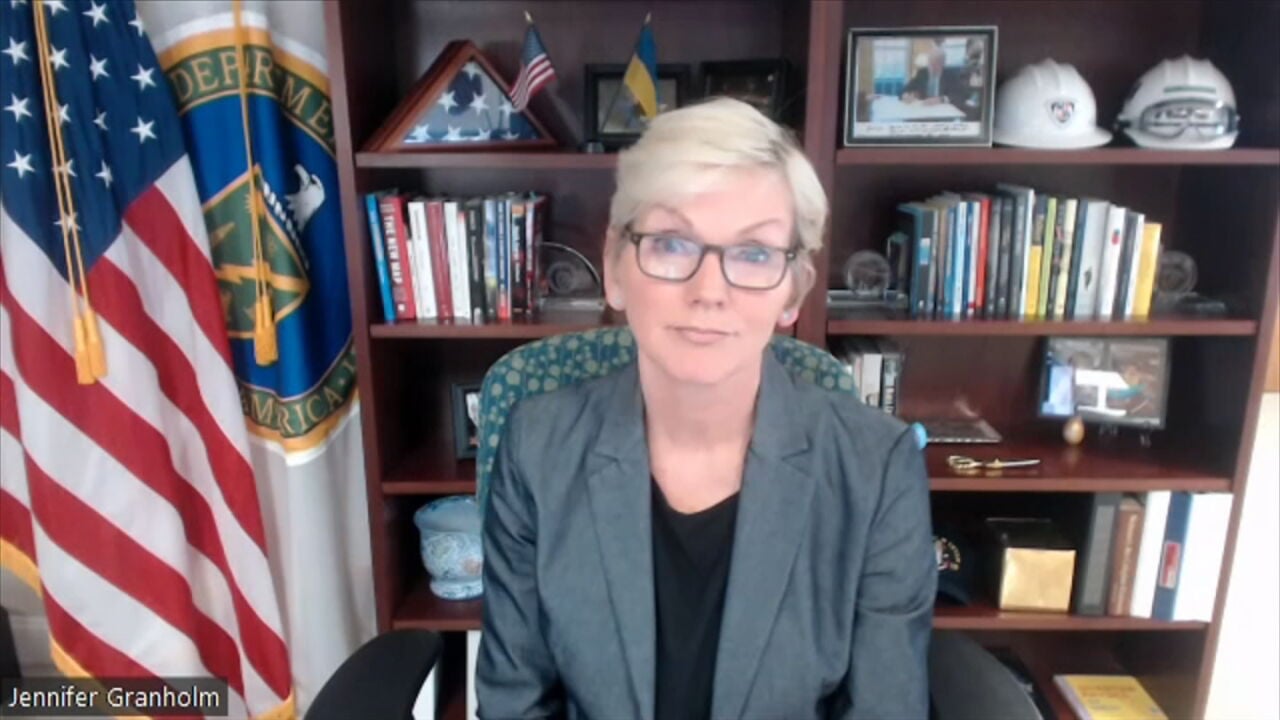 Gasoline prices across the country are dropping to levels not seen since just before Russia invaded Ukraine and members of the Biden administration, said their policies deserve some of the credit for that.

In a Zoom interview Wednesday, Granholm said the president’s decision to tap the Strategic Petroleum Reserve was a critical step, helping to make up Russian crude oil that came off the global market due to sanctions following the unprovoked invasion.

"That release of the strategic petroleum reserve, about 1 million barrels a day,” Secretary Granholm stated, “evened out the supply and demand issues so that now we are back to the price that it was [before] the invasion."

According to AAA, the average price for a gallon of gas in Oklahoma is now below $3.00 for the first time in nine months. The current national average is $3.49.

Granholm, the former two-term governor of Michigan, is now leading the Biden administration's effort move the country toward net-zero carbon emissions by 2050.

Of course many Oklahomans, and certainly Oklahoma’s congressional delegation, disagree with her assessment of what has caused prices to go up — they peaked at $5.02 per gallon nationally in June — and now back down. They said it’s the administration’s anti-fossil fuel policies that are more to blame for prices going up than Russia’s invasion of Ukraine. They said prices are only coming down now because the economy is slowing.

Granholm disagrees and said the administration is doing all it can to bolster domestic production.

“More production is coming on, more leases and permits are being issued every day,” Granholm said, “so that is not the case (that the administration opposes the fossil fuel industry). I know it’s a talking point, it is just not true, and the proof is in the production volume volumes right now.”

She said refinery capacity, which contracted by five percent during the pandemic, should begin to increase, saying oil and gas companies are making record profits and have plenty of financial incentive to open refineries.

“We are seeing some new refineries,” she said, “there are a couple more that are coming online, both in the United States and internationally.”

"The administration is really focused on costs for people,” said Secretary Granholm, “and I don’t know that that has a blue stripe or a red stripe — I think anybody in leadership should be looking at ways to ease the burden for every day citizens and I hope that folks in Oklahoma can see that, too.”