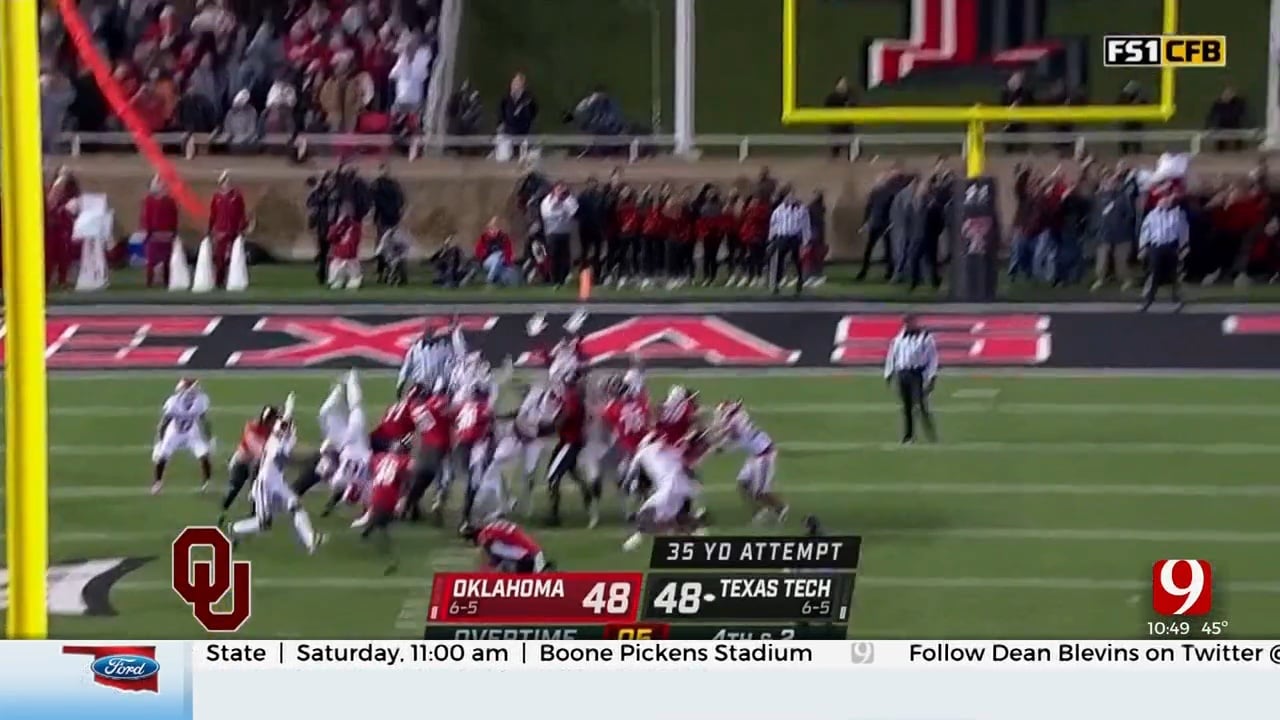 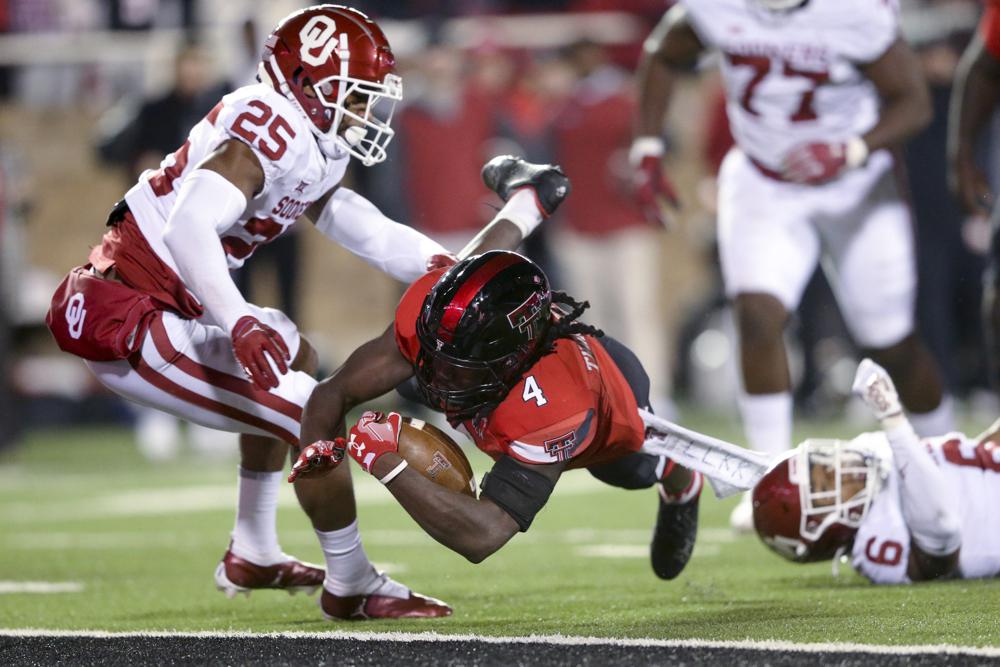 Trey Wolff made a 35-yard field goal in overtime after a tying kick in the final seconds of regulation, and Texas Tech erased an 18-point deficit in a 51-48 win over Oklahoma on Saturday night.

Dillon Gabriel threw for 449 yards and six touchdowns, but the OU quarterback was knocked out for a play in OT after a hard hit from safety Reggie Pearson Jr. on a catch on a throwback play.

The Sooners were unsettled on offense and had to settle for a 34-yard field goal try from Zach Schmit after Gabriel was sacked. The kick was wide right.

After Wolff’s winner, Texas Tech fans stormed the field just as they did after an OT victory over Texas in September.

The Red Raiders ended a 10-game losing streak against OU and beat the Sooners and Longhorns in the same season for the first time in coach Joey McGuire’s first season.

The Sooners (6-6, 3-6) couldn’t hold a 24-6 second-quarter lead, finishing without a winning record in the regular season for the first time since 1998 in a disappointing debut for coach Brent Venables.

Texas Tech’s Tyler Shough threw for a career-high 436 yards with two scores, but he was intercepted by C.J. Coldon to set up Schmit’s tiebreaking 43-yard field goal with four minutes remaining.

Shough put the Red Raiders in position for the tie in the final seconds. Wolff’s first kick was blocked by Josh Ellison, but Venables had called a timeout. Wolff made the 43-yarder on the second try.

Jerand Bradley also finished with a career best in receiving yards with 173 for Texas Tech, and he had a 44-yard tiebreaking TD catch in the fourth quarter, one of six lead changes in the second half or overtime.

Oklahoma: Gabriel opened the scoring with a 37-yard touchdown pass to Mims on fourth-and-2 in the first quarter, but two failed fourth-down tries in the third quarter led to a pair of Texas Tech touchdowns.

Texas Tech: First-year play-caller Zach Kittley dug deep into the bag of tricks with backup quarterback Donovan Smith scoring on a run and a pass and 310-pound defensive tackle Jaylon Hutchings rumbling in from the 1.

Both teams await their bowl assignments.