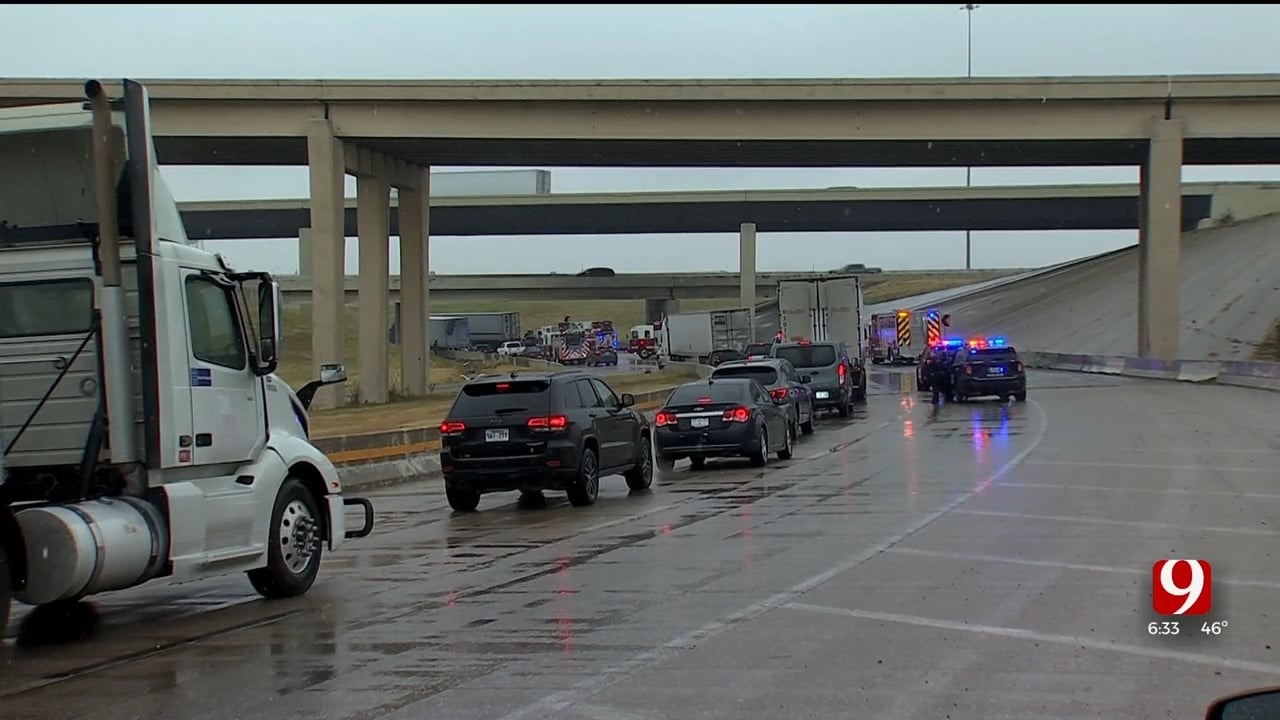 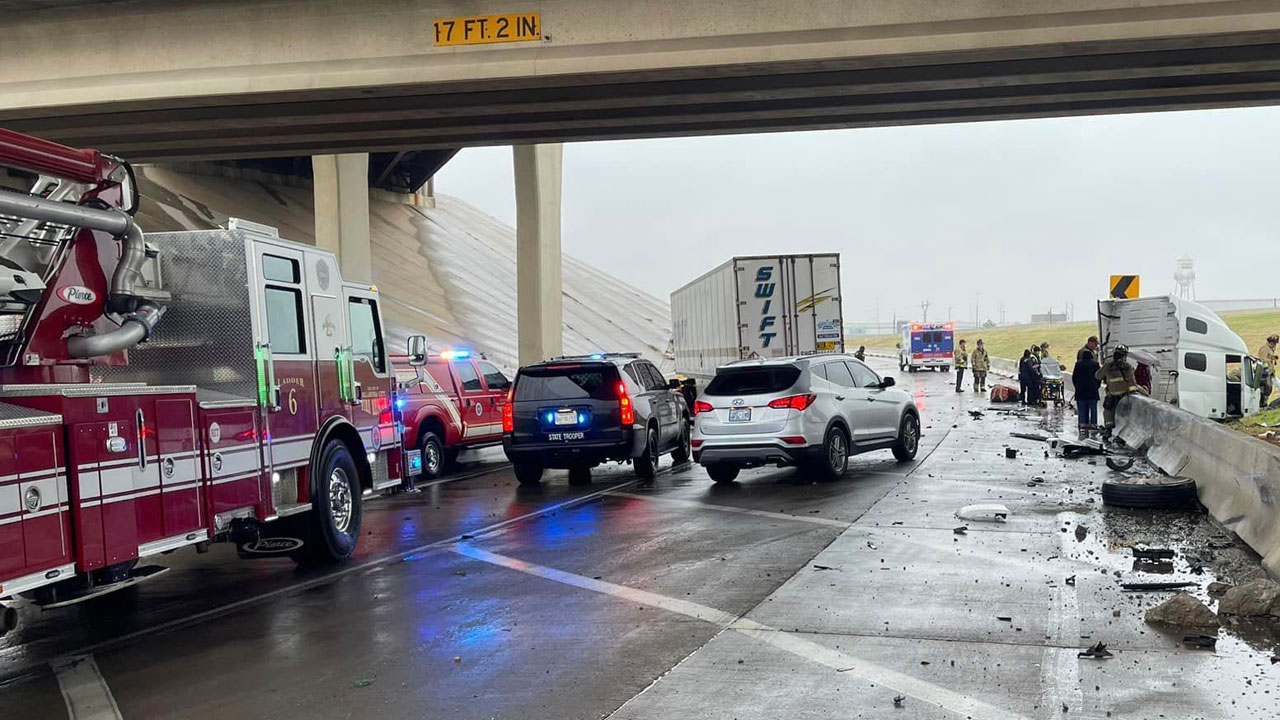 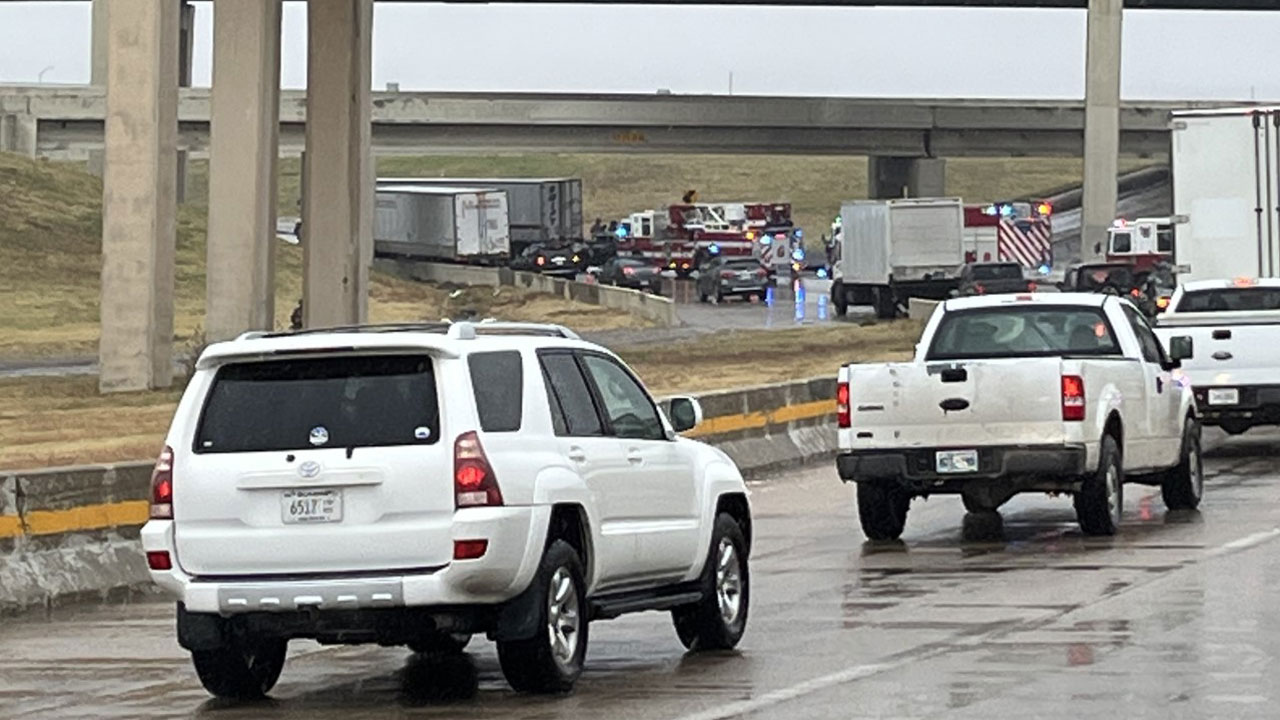 Authorities responded to the scene of a semi crash that caused a traffic backup Saturday on I-40 at the Fort Smith Junction.

The Oklahoma Department of Transportation said the westbound lanes of I-40 have reopened following the crash.

Traffic was diverted to the northbound lanes of I-35, and drivers were asked to use an alternate route.

One person was transported to the hospital with minor injuries, according to authorities on the scene.