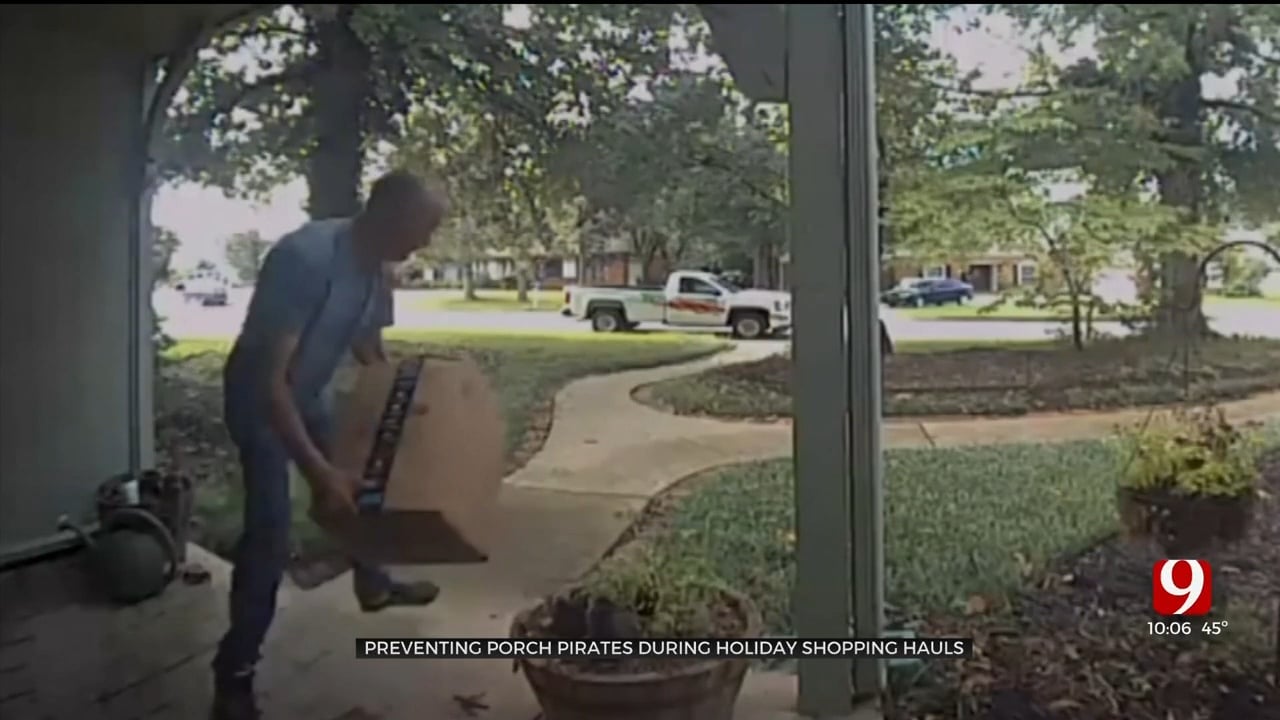 With Black Friday deals being offered at countless online retailers and Cyber Monday on the way, millions are placing orders for delivery. But law enforcement agencies are warning people about porch pirates.

On Friday, the Oklahoma City Police Department (OKCPD) made a Facebook post stating that a porch pirate stole several Christmas presents from a family this week. The family did have surveillance video of the suspect, allowing officers to find her. The officers also recovered most of the stolen gifts and returned them to the family, the post said.

OKCPD said getting a doorbell camera installed at an obvious location is a good way to deter thieves. They can be had for less than $40 on Amazon with some Black Friday deals.

Police said another option is to use package pickup locations offered by major carriers instead of having items delivered to your home. But if your package is stolen, OKCPD recommends making a report with an officer, which is quick and can be done over the phone. Police said porch pirates often hit multiple homes, so if you don't have surveillance video, a neighbor might, allowing investigators to piece the evidence together.

Oklahoma County Sheriff Tommie Johnson III said his agency deals with porch pirating cases frequently as well. He said if you see something, say something.

"How about we just be good neighbors? If you see somebody walking up to your neighbor's yard and they don't belong, you've never seen them there before and they're there grabbing gifts, take a picture, get someone, call 911," said Johnson.

"Try to be home during the delivery time. If not, contact your neighbors. See if they can pick it up for you," said Johnson.

An alternative is to have lock boxes that allow delivery drivers to safely store packages in, Johnson added.

According to the home security company, SimpliSafe, 45% of people surveyed said they've had packages stolen from their front porch or home.