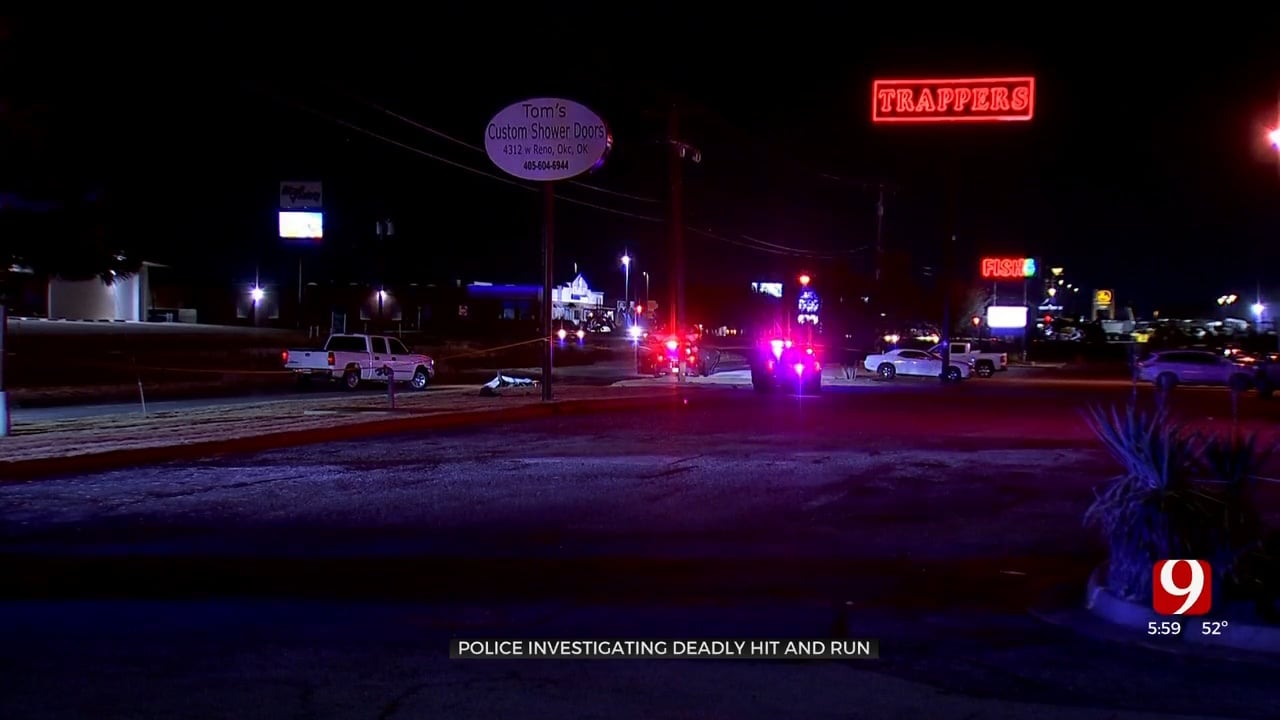 A woman and her dog are dead after a hit and run crash on Reno Ave. Near Meridian on Tuesday night.

Oklahoma City police say they are searching for the driver who left something behind when they fled the scene.

"We respond to an incredible number of hit and runs," said OCPD MSgt. Gary Knight.

The department investigates about 400 hit and run crashes every month. In October, five of those crashes involved a fatality.

"The bicyclist, the victim was simply riding in the east bound lanes in the middle of the lane," said MSgt. Knight. "When the truck hit the bicyclist, the truck turned south on Vermont and fled. She's wearing dark clothing, no lights out there, and obviously that could be a recipe for disaster and that's exactly what happened."

The motorist left the woman and her dog in the street as he fled. He also left a clue to who could have done this, a piece of their truck.

"It is a 2021 or newer Chevy truck. It's dark in color. Z-71 Colorado addition of the truck. Again, dark colored truck, may be black," said MSgt. Knight. "With front end damage, grill damage. It's missing part of the grill obviously but there will be significant front-end damage to the vehicle."

Even with this information, police say they are asking the community for help.

Anyone information or security footage of the hit and run is asked to call Crime Stoppers at (405) 235-7300.