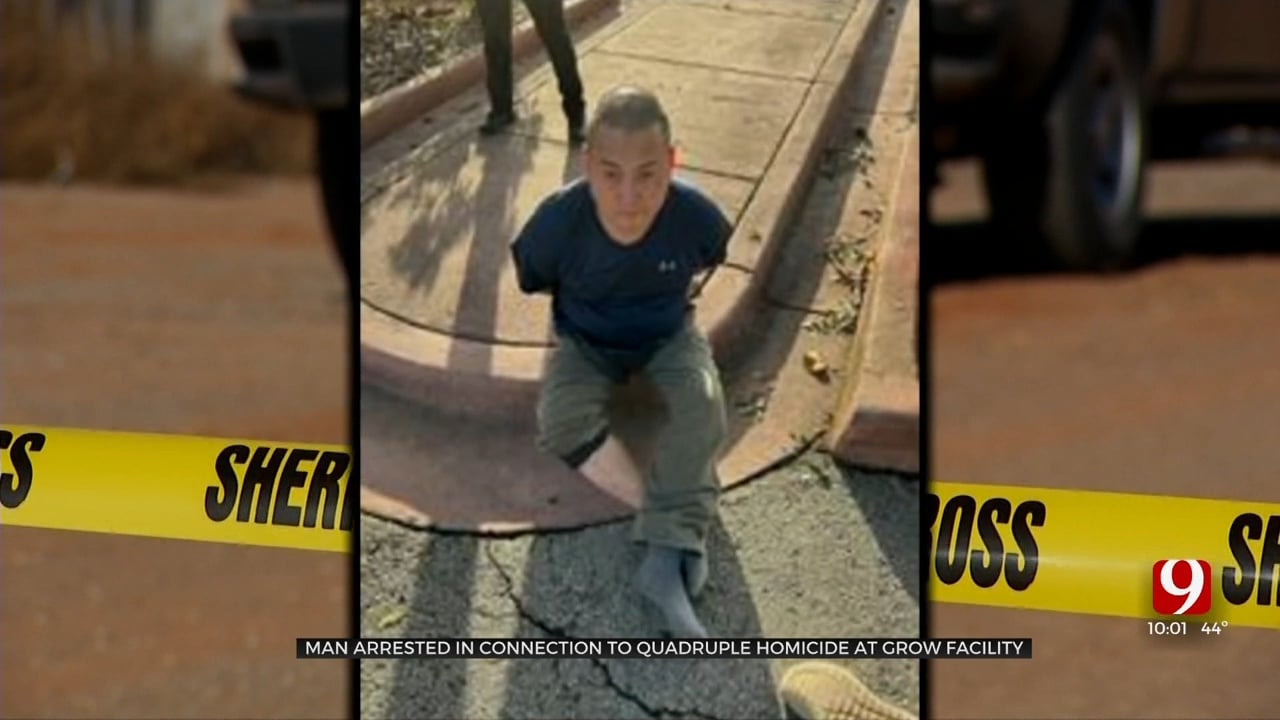 Suspect In Connection With Quadruple Homicide Arrested In Florida

Police have arrested a suspect in connection with the horrific quadruple murder in Kingfisher County.

The call originally came in as a hostage situation, but that quickly changed when investigators arrived on scene.

The marijuana grow operation just west of Hennessey became the scene of a violent crime.

The Oklahoma State Bureau of Investigation told us four Chinese nationals were murdered.

They are not releasing the names of the victims at this time and are working with translators to notify next of kin.

“There were gunshot wounds and based on the evidence at the scene and what we have been able to collect and analyze it just was a very violent…targeted event that led our agency to believe it was execution style,” said Brook Arbeitman the OSBI Public Information Officer.

The OSBI said it happened Sunday November 20 after sundown. Investigators Identified the suspect as Wu Chen on Tuesday November 22 after a car tag reader flagged the vehicle he was driving in Miami Beach Florida.

“The individual came into this building on the marijuana grow property and was there for a significant amount of time before the executions started. That is what led the call to come in as a hostage situation,” she said.

Investigators are still piecing together his motivation.

“They responded and what they found were four victims executed, three males and one female,” said Arbeitman.

When they got on scene, Kingfisher deputies also found another Chinese national shot multiple times before being taken to an area hospital.

Chen was held at the Miami-Dade County Detention Center before getting transported to the Kingfisher County Criminal Justice Center on Dec. 1.

“We’ve had a lot of help from law enforcement, both state and local, U.S. Marshals. On behalf of the victims, we really appreciate all the assistance that we have gotten. We are working together as a team in order to get justice for these folks,” said the Public Information Officer.

The Oklahoma Bureau of Narcotics released a statement and said, “They had an active OBN license to grow. However, part of our investigation involves determining if the license was obtained legally or fraudulently.”

The OSBI said Chen will face murder and shooting with intent to kill charges.