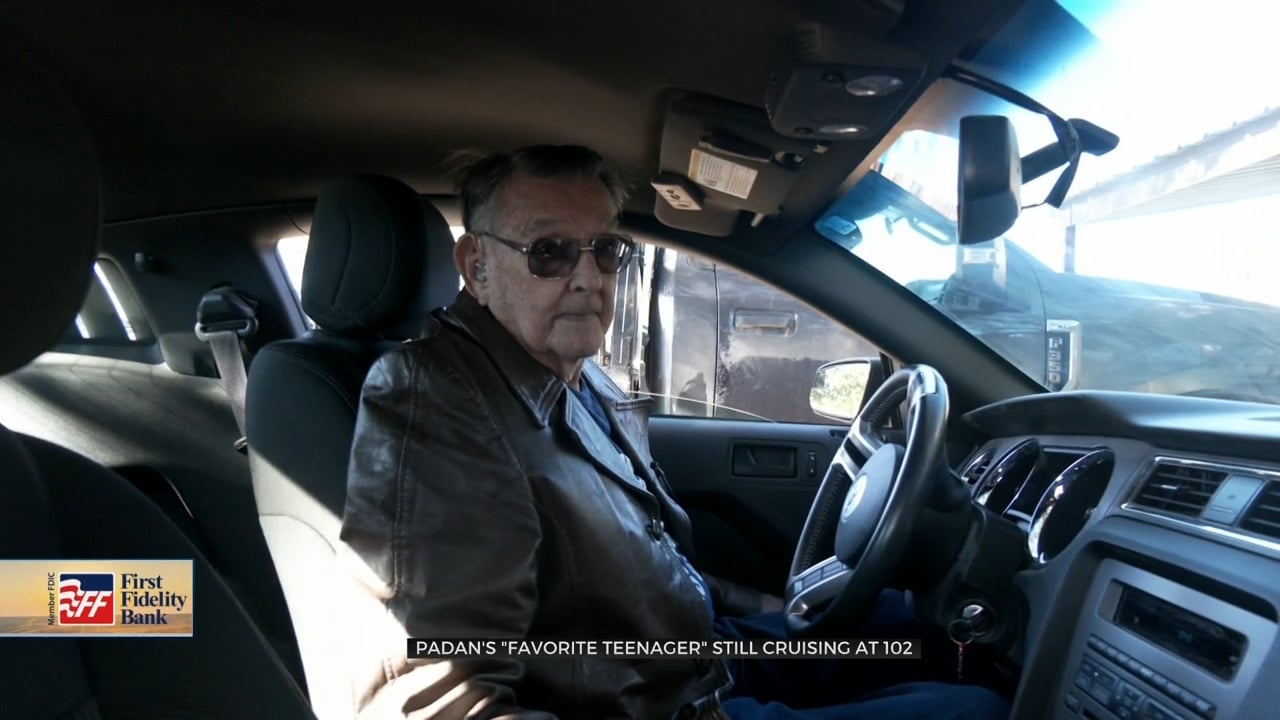 Ray Mayfield is Padan Oklahoma's favorite teenager, and just spend a little time with him and you'll know why.

He has lived in Paden his entire life and on Tuesday he turned 102.

He is known around Paden not only for being the oldest guy in town, but for the Ford Mustang he still drives.

“Sometimes I just get in the car and drive around to places,” said Mayfield.

He normally stays out of trouble, but he’s had his share of run ins with the law.

“I got a ticket, making 95 miles an hour,” said Mayfield.

When he is out on the town, he’s always looking out for the ladies.

“I like women, yeah, my mother was a woman,” said Mayfield.

Mayfield admits he uses the car to get the girls.

“The lady said you mean, you're going to let me drive it?” said Mayfield.

“Sometimes I don't even know what their names are,” said Mayfield.

One man and one car, just not enough to go around.

“No, I don't have a girlfriend, I have half a dozen girlfriends and most of them are huggable,” said Mayfielld.

As he celebrates his 102nd birthday, Mayfield has no intention of slowing down.

“As long as I'm able to get in it and put my foot on the foot pedal, I'm going to drive it,” said Mayfield.

For the big birthday celebration, the entire family will head to Shawnee for dinner. So that Mr. Ray can enjoy the celebration, his family says he will not be driving. Cheers to 102 years, Mr. Ray!