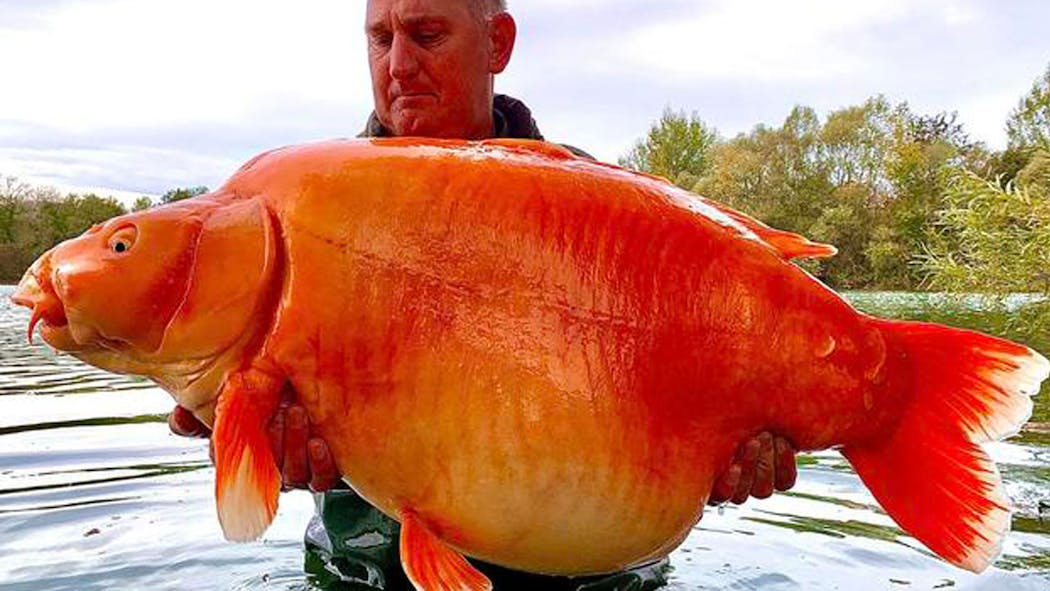 A fisherman from the U.K. caught a massive carp that looked like an irregularly sized goldfish in a lake in France earlier this month. The bright orange fish weighed in at 67.4 lbs and was appropriately named The Carrot, according to Bluewater Lakes, which manages a lake in the Champagne region.

The angler who caught the fish, Andy Hackett, said it took a 25-minute battle to pull the giant carp out of the water, according to BBC News. "You're gonna need a bigger bowl," was everyone's first thought, Hackett told BBC News.

The lake is known for its massive carp. The Carrot is a hybrid of a leather carp and a koi carp and was introduced to the lake 20 years ago, according to BBC News. It remained elusive, but the fish's bright orange color made it stand out. Still, it was hard to catch.

"With normal fish you struggle to see them if they're just under the surface, but The Carrot is obviously bright orange so you can't miss it," Hackett told BBC News. "[But] it's a much sought-after fish, not many people have caught it, it's quite elusive."

Hackett released The Carrot back into the lake, so other anglers still have a chance to catch it. The lake, however, is fully booked for the foreseeable future, the company posted on Facebook.

CBS News has reached out to Bluewater Lakes for more information and is awaiting response.