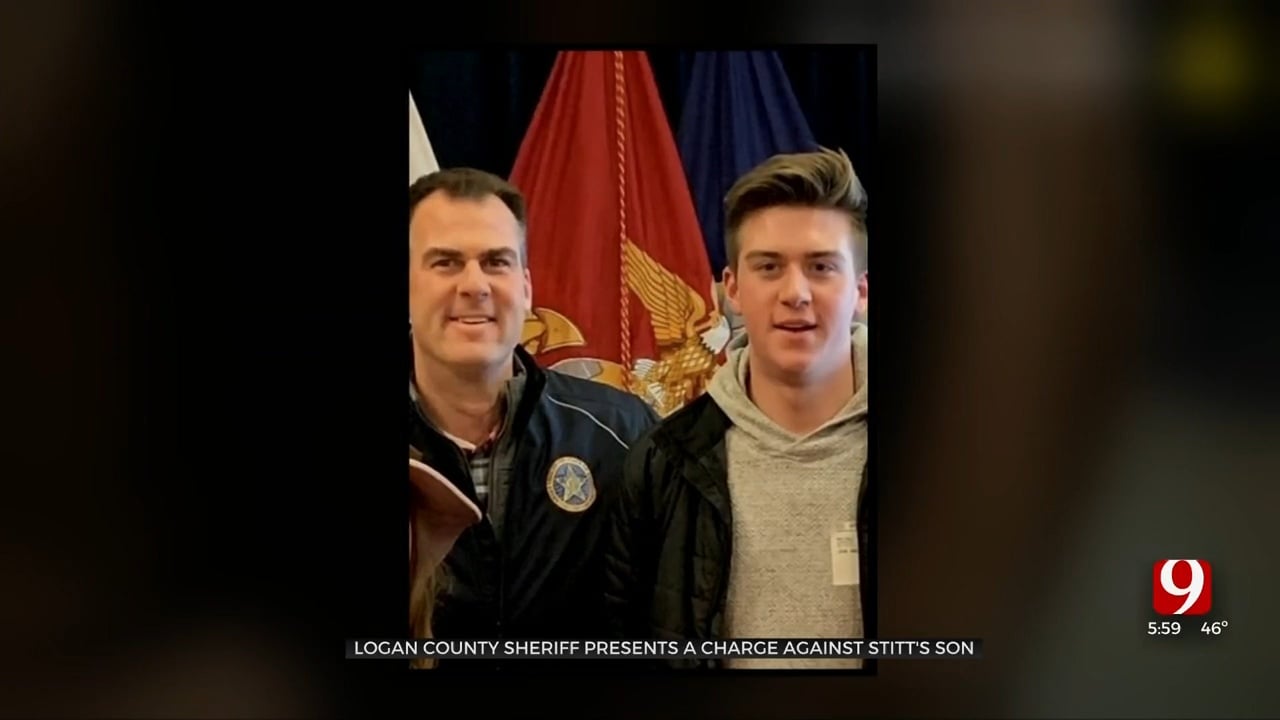 A night at a haunted house in Guthrie turned into a criminal charge for Governor Stitt’s son. Logan County Sheriff’s Office deputies on Oct. 31 found beer inside 20-year-old Drew Stitt’s truck and a box of firearms and ammunition was discovered in the parking lot next to truck.

Sheriff Damon Devereaux said one charge of minor in possession of alcohol was presented to the Logan County District Attorney’s Office. Devereaux said a gun charge did not apply in this situation.

“We look at the law based on this situation, not last names,” said Sheriff Damon Devereaux, Logan County Sheriff’s Office.

Deputies showed up to a haunted house in Guthrie on Halloween night after someone discovered a box of guns and ammo sitting by a truck. The truck and firearms belonged to Stitt.

The sheriff’s office released body camera video of Stitt’s interaction with the deputy.

Stitt: “To be honest my dad’s the Governor.”

Stitt: “Yeah, I know I would just like to clarify. It was locked in my cab, I thought it was locked, maybe I didn’t lock it.”

Stitt told the deputy that the firearms belonged to his father.

According to an arrest affidavit, Stitt had slurred speech and dilated pupils. Law enforcement later found a rifle under a passenger seat, a 30-pack of beer and other alcoholic drinks in Stitt's truck.

The deputy stood by as the 20-year-old called his mother Sarah Stitt.

Stitt: “I’m with a deputy right now. Someone stole my gun case out of the truck while I was at a haunted house in Guthrie.”

The guns were turned over to an Oklahoma Highway Patrol Trooper who was called to the scene. The trooper returned the gun box to the bed of Stitt’s truck.

“The firearms weren’t being carried and they weren’t in use,” said Devereaux. “So, that’s why there were no statutes, no charges filed as far as possession of firearm while under the influence of intoxicants.”

The affidavit stated one of Stitt’s friends who did not appear intoxicated drove him and the truck to Stillwater as a Trooper followed.

“Based on the way we handled this,” said Devereaux. “We can change a behavior and not ruin somebody’s life.”

OHP officials said they were not commenting about the incident at this time and the Governor’s Office did not respond to a request for comment.