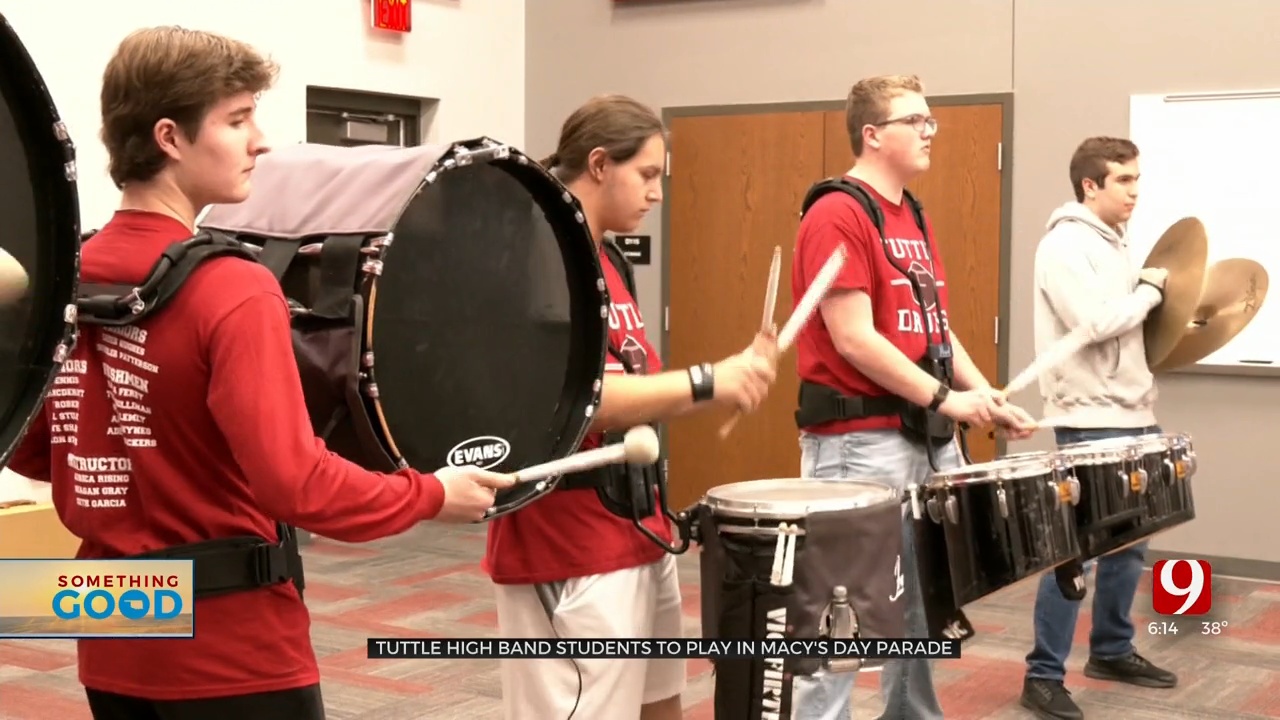 Thanksgiving is almost here, which means it's time for Macy's Thanksgiving Day Parade, and once again Oklahoma will be on full display.

Among the 6,500 participants will be Chandler Patterson and Caden Hughes, two drummers from Tuttle High School.

“I've been playing in the percussion section since sixth grade,” said Chandler Patterson.

Patterson and Hughes are juniors at Tuttle High School.

Patterson has always dreamed of marching in one of the big parades, like the Rose Bowl Parade or Macy’s Thanksgiving Day Parade.

“About a couple of months ago, my dad showed me a thing, and he was like, they're asking for auditions to be in the Macy's Great American Marching Band, do you want to do it? And I was like well yeah,” said Patterson.

He was one of thousands to send in an audition video.

“My dad told me to check my email and I just stared screaming. I was like, I'm marching in the Macy's parade, oh my gosh,” said Patterson

After Patterson was accepted Hughes thought, why not?

“When he found out he was accepted he told me about it and I decided there was still a little time left,” said Caden Hughes, Tuttle High School Percussionist.

There are 225 students from across the country that made the band, and only four from Oklahoma. Patterson and Hughes are both excited about the opportunity and the challenge.

“They gave us our music a couple of weeks ago and they told us we had to have it all memorized before we go,” said Patterson.

Hughes on the other hand has other concerns about the trip.

“It's my first time going on a plane, and it's a three-and-a-half-hour trip,” said Hughes.

“It's such a great opportunity for them, it's going to be an experience of a lifetime for them to get to perform on a national tv broadcast, you know one of the biggest parades in the world,” said Tuttle band director Seth Boothby.

In a proud moment, the town of Tuttle has created t-shirts to help financially support the students.