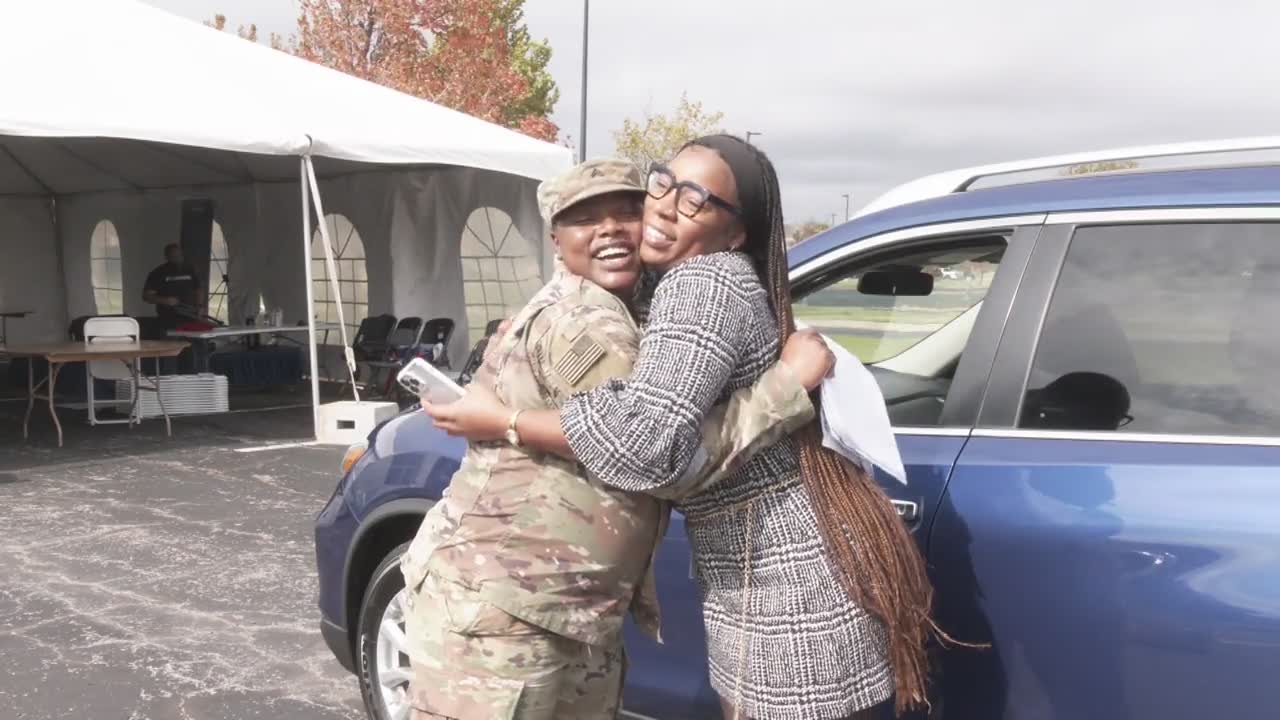 One Oklahoma veteran will remember this Veterans Day for the rest of her life.

“We just want to honor our veterans for what they did to serve our country,” said Anthony Calhoun with Progressive Insurance Company.

This is the tenth year that Progressive has had their Keys to Progress program.

“Each year Progressive Insurance donates a vehicle to a worthy veteran,” said Calhoun.

This year’s recipient Malachia Battle was nominated by her friend and Progressive employee Brittany Jackson.

“When they were looking for a recipient, and I just happened to be in the office that day and they asked me, did I know anyone, and I was like well I do know a couple of people,” said Jackson.

Battle almost missed the call that would change her life.

“It came from a spam number, and I don’t answer spam,” said this year’s Oklahoma car recipient, Malachia Battle.

“I’m in the doctor’s office screaming, so I know they were like, this lady is crazy. And I’m crying and my kids are crying,” said Battle.

Battle does have a car, but it is one with a lot of problems.

“The sunroof, was I guess off track, I don’t know what happened, but it ended up blowing off on the highway,” said Battle

The car also has no heat or air, but that’s all in the past now.

“It couldn’t have come at a better time,” said Battle.

Battle is in nursing school through the Army and travels to and from San Antonio often.

“It’s always good to see somebody that works so hard and gives so much to other people, receive something back,” said Jackson.

“Most of us don’t serve looking for anything back, usually it’s selfless, so Just to know that there’s people out there that care about us, that go the extra mile just to show that they really do support it means a lot,” said Battle.

An honorable response from someone that has chosen a life of service.

As Battle drove off with her kids, her smile never left and the tears continued to flow for the perfect gift, given at the perfect time.