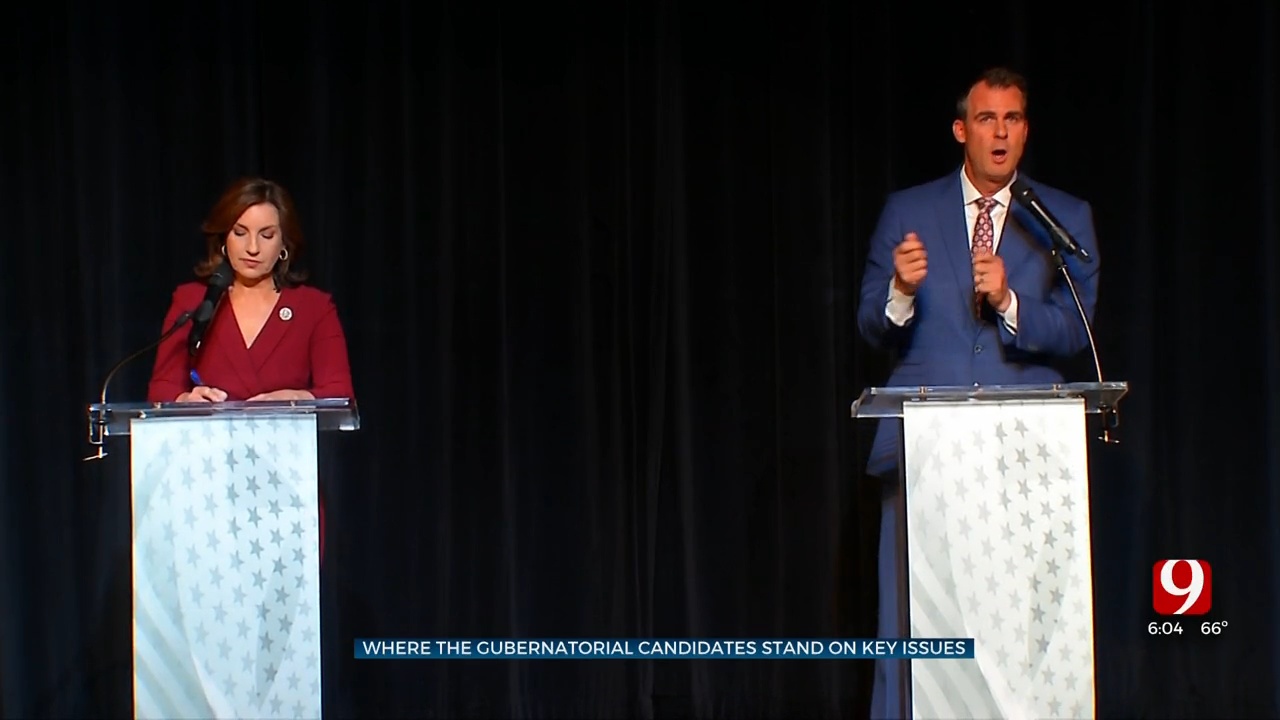 Oklahomans will head to the polls on Tuesday, with the Oklahoma governor’s race as the hot button seat up for grabs.

Incumbent Governor Kevin Stitt and challenger Joy Hofmeister have explained to voters how they would address several issues in the state. Some of the largest talking points, education, abortion and tribal sovereignty.

Oklahoma has consistently ranked among the worst states in the US when it comes to education.

"We need to break down the silos between higher education, common education, and career tech. Let's look at the jobs of tomorrow, what are the companies, what do they need and make sure we get that workforce ready," explained Governor Kevin Stitt.

"There needs to be more people on the teams, school counselors, reading specialists, paraprofessionals. We are losing those people to other states and other industries," explained State Superintendent Hofmeister.

On abortion, Governor Stitt has made clear that he will sign any anti-abortion legislation that comes across his desk. He has said that he would backtrack on the current law to allow exceptions for rape, incest and chemical addiction.

Hofmeister has opposed most of the abortion legislation that has passed in Oklahoma under Stitt.

When discussing tribal sovereignty, the discussion always circles back to the McGirt ruling.

Hofmeister took a more diplomatic approach, calling on the governor’s office to sit down with each individual tribe and work to create a system that works for both parties.

"Those are different tribes who all have a different view on this. We have 39 unique sovereign tribal nations in this state, and they don't speak with one voice."

Both Stitt and Hofmeister said they wouldn't support recreational marijuana. The governor said he's against it because it's still illegal federally.

State Superintendent Hofmeister said she doesn’t support recreational marijuana due to the current state of the medical industry.