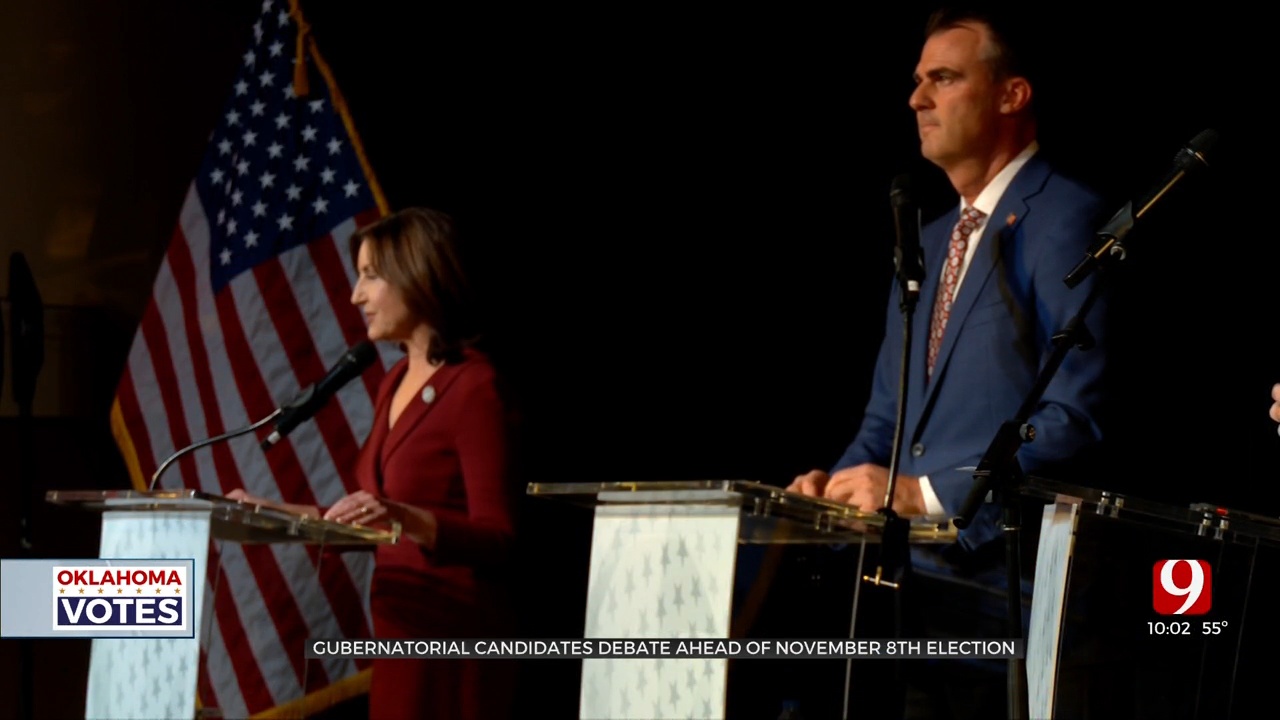 Gov. Kevin Stitt and challenger Joy Hofmeister shared a debate stage Wednesday for the only planned gubernatorial debate ahead of the November election.

Moderates Tres Savage of the website Non Doc and Storme Jones of News 9 led each candidate through a variety of topics including abortion, recreational marijuana, turnpikes, crime, tribal sovereignty and more.

Watch the debate on our Facebook page by following this link.

Hofmeister, who changed from a Republican to a Democrat for the race, said she would oppose one of the planned turnpikes included in the Oklahoma Turnpike Authority’s 15-year expansion plan.

“I am not in favor of the southern extension that was not part of what was established with the authority through the legislature,” Hofmeister said.

Stitt, a proponent of the ACCESS Oklahoma plan, said the additional toll roads will meet the need of the state’s growing population.

“Apparently, (Hofmeister) wants gridlock on I-35 for the next 50 years. Leaders have to lead, and we have an obligation to make sure Oklahoma is well-positioned for growth,” Stitt said.

When asked if he would add more exceptions to Oklahoma’s ban on abortions, Stitt said he “would sign” into law exceptions for rape, incest, or drug addiction if passed by the legislature.

Hofmeister did not draw a firm line on her stance on abortions.

“I am personally pro-life, but I haven’t walked in every woman's shoes. I don't favor extremes on either side of this issue,” Hofmeister said.

The candidates also discussed campaign contributions, the death penalty, and the lasting effects of the Supreme Court’s McGirt ruling.

The general election in November 8.