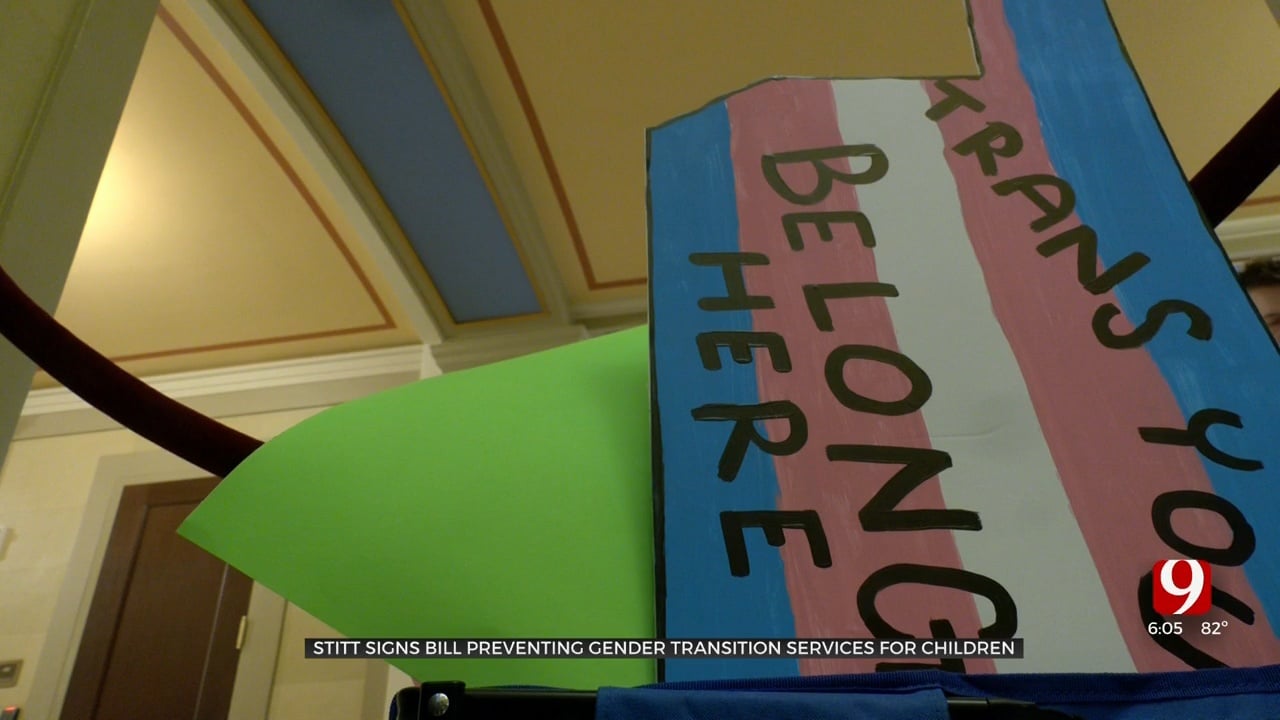 The piece of legislation was originally known as House Bill 1007 and was penned by state Sen. Roger Thompson. HB1007 was later tacked on to Senate Bill 3 earlier this year.

Medical students from OU protested the bill at the state capitol last Thursday during the legislature’s special session.

OU Children’s Hospital said it would end some gender-affirming health care procedures, but Stitt said the hospital's vow is not enough.

According to a statement, Stitt is calling on state lawmakers to work on legislation that would ban gender-affirming health care to all minors statewide during next February’s normal session.

Many LGBTQ+ advocacy groups were in opposition of this bill, including ACLU Oklahoma.

“Special session has showed us that trans children are nothing more than a bargaining chip in our state," said Cindy Nguyen with ACLU Oklahoma.

“We are deeply disappointed by not surprised in the governor and the legislature to withhold $108 million in ARPA funds simply because they have decided to provide best practice medical care for trans children in our state.”

Nguyen said this bill takes away funding for life-saving services for transgender youth in Oklahoma.

“We know that when we deny access to medical care for trans youth it's nothing short of life threatening," said Nguyen.

She said there has been some confusion around what's considered "best practice medical care." She said it doesn't always equate to a surgical procedure.

“It can go to puberty blockers which is reversible and gives the child as well as the parents more time to make the best medical decision for their own body," said Nguyen.

She said they will continue to fight with community members and encourage people to continue to see their medical care providers unless contacted by them.

The ALCU said they are currently considering legal action but have not committed to anything at this time.