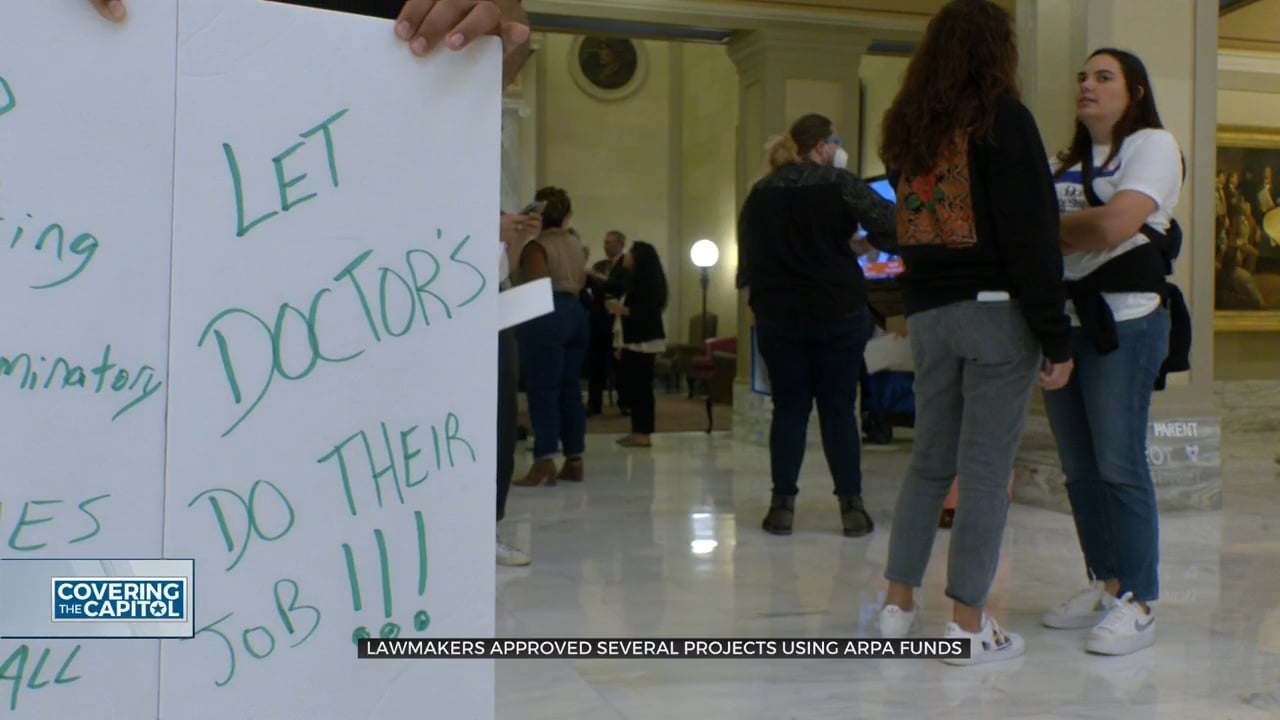 During this week’s special session, the state legislature approved dozens of infrastructure projects and allocated over $1 billion in American Rescue Plan Act dollars.

“To be able to provide for water, broadband, healthcare, and many other important issues,” said Senate Pro Tempore Greg Treat.

In an effort to boost rural economies, $250 million were set aside in a Progressing Rural Economic Prosperity (PREP) fund to develop rural workforces and industrial sites.

“You need to have natural gas, you need to have sewer and water infrastructure in some of these places,” Treat said. “It’s not the sexiest investment, but it will have the best return on our dollars that we will see.”

The PREP fund is supplemented with $52 million worth of ARPA dollars.

Health professionals and activists packed the gallery Thursday to speak out against the measure. It was read on the floor as House Bill 1007XX.

News 9 spoke with one of the medical professionals there who wanted to remain anonymous.

“If this option is removed, a lot of them are going to be a lot higher risk for thinking about suicide or attempting it. Either one is a huge tragedy for them to experience. These are children who should not have to spend their life wondering if they want to live it,” the medical student said.

Approximately $20 million in emergency drought relief was approved through the general fund. The Emergency Drought Commission will decide how those dollars are spent after conditions worsened in Oklahoma over the summer.

The second special session ends Oct. 14. Projects that have not yet been funded could be taken up during the regular session.

Gov. Stitt could approve or veto the measures or not take action, which would effectively make the measures law after a certain timeframe.