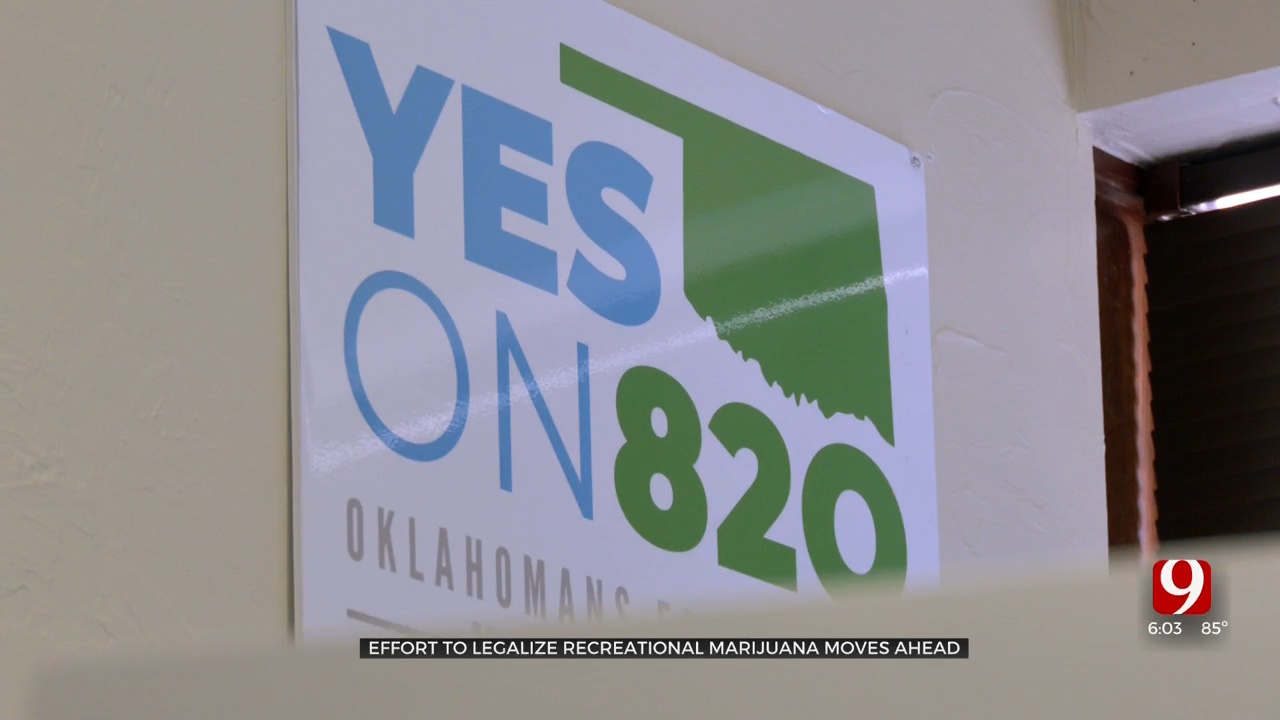 The push to get recreational marijuana on the November ballot cleared another hurdle on Thursday.

Last month, the Oklahoma Supreme Court ruled the petitioners could move forward after signature verification came down to the wire.

That decision allowed the group behind the push, Yes on 820, to move into a 10-day protest period. That ruling came down 10 days ago.

"It's very nerve-wracking waiting. It's very stressful I'm not going to lie," said Michelle Tilley, the Campaign Director for Yes on 820.

The group has been on pins and needles waiting to see if Oklahomans would protest the ballot question.

"We do have three challenges that have been filed against us in the 10-day protest period," said Tilley. "Obviously yes, we were very concerned. We're always aware that people could do this."

Yes on 820 will be able to respond to each challenge. Of the three challenges, Tilley said only one has teeth.

"We're still processing it cause it's a rather thick challenge but the gist of it being they disagree with the ballot file. But we may have been up working on this all night, maybe again tonight," explained Michelle.

Attorney General John O’Connor was the author of the ballot question being challenged. Those against the question cited reasons they think the question should be re-written.

Those reasons the filers put forward focus on how the question doesn’t address how legalization would be regulated around kids and guns. They also brought up the lack of rules surrounding home cultivation and distribution. They also argued that legalization won’t have positive financial impacts on the state.

You can read the full protest here.

Tilley said her group has until Monday to send their rebuttal to the Oklahoma Supreme Court.

“We know traditionally they act rather quickly when it comes to petitions and they've called the petition process sacred in the state and that it is one of the first rights reserved to us in our constitution," said Michelle.

The court’s decision could come down at any time next week. This will be the final decision on if SQ820 makes it to the November ballot.

You can read the whole ballot question below.