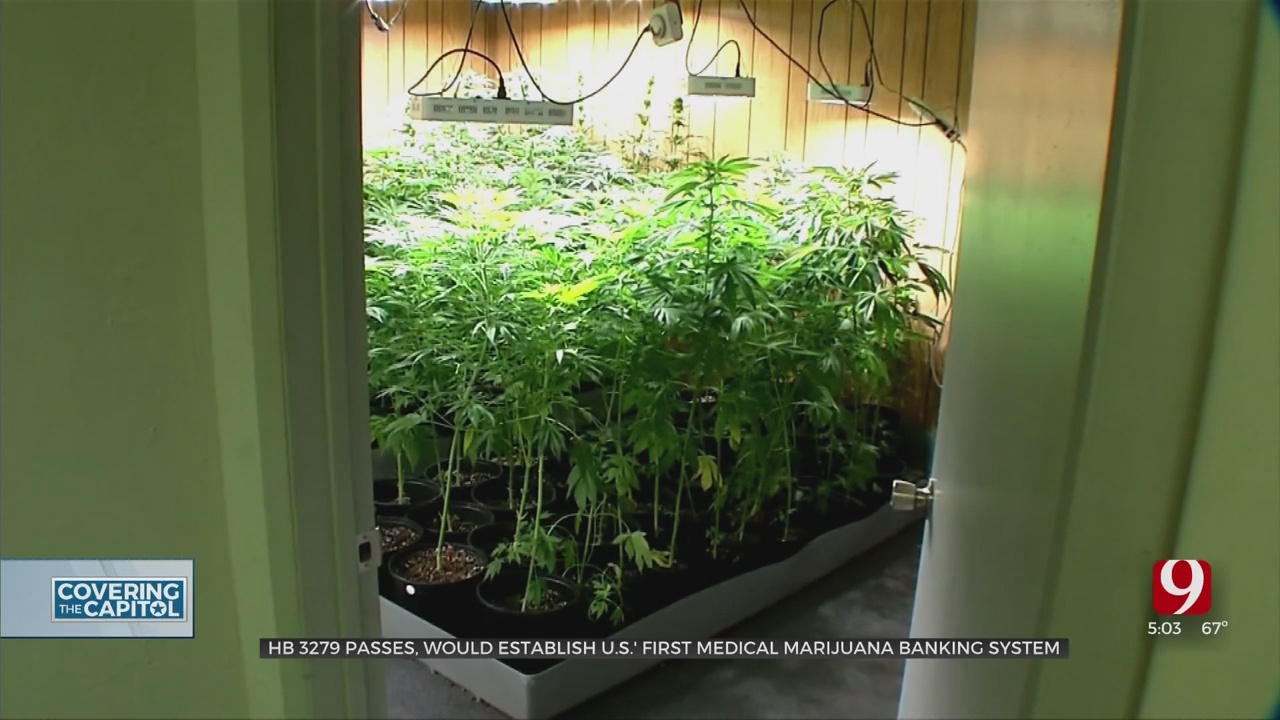 The big banking problem for the medical marijuana industry remains the drug is illegal on the federal level, making any money touching it illegal in the eyes of the feds.

Now, Oklahoma lawmakers are looking to crypto currency as a blueprint to get around federal banking laws.

“This is based on the real dollar, we just stole their method that they were using,” Rep Justin Humphry, R-Lane, said.

He said his bill would bring Medical Marijuana banking into the 21st century.

The bill is aimed at easing the industry’s reliance on cash, something Humphry said will help weed out bad actors.

While Humphry said the system will help the state rake in hundreds of millions of dollars in taxes currently going unreported, was wasn’t sure just how much the system would cost the state.

“We’re talking about $1 billion industry in medical marijuana,” Rep. Andy Fugate, D-OKC said on the House floor. “Are you comfortable that it’s ok for them to take a cut off of every single medical marijuana charge in the state of Oklahoma?”

“I’m comfortable with that’s the price of doing business and that its business,” Humphry responded. “And so, if they’re operating that, then they should be paid for the operation.”

That bill is now eligible to be heard on the Senate side. Both the House and Senate adjourned Tuesday afternoon after a short spring break week. Things will start back up next Monday.