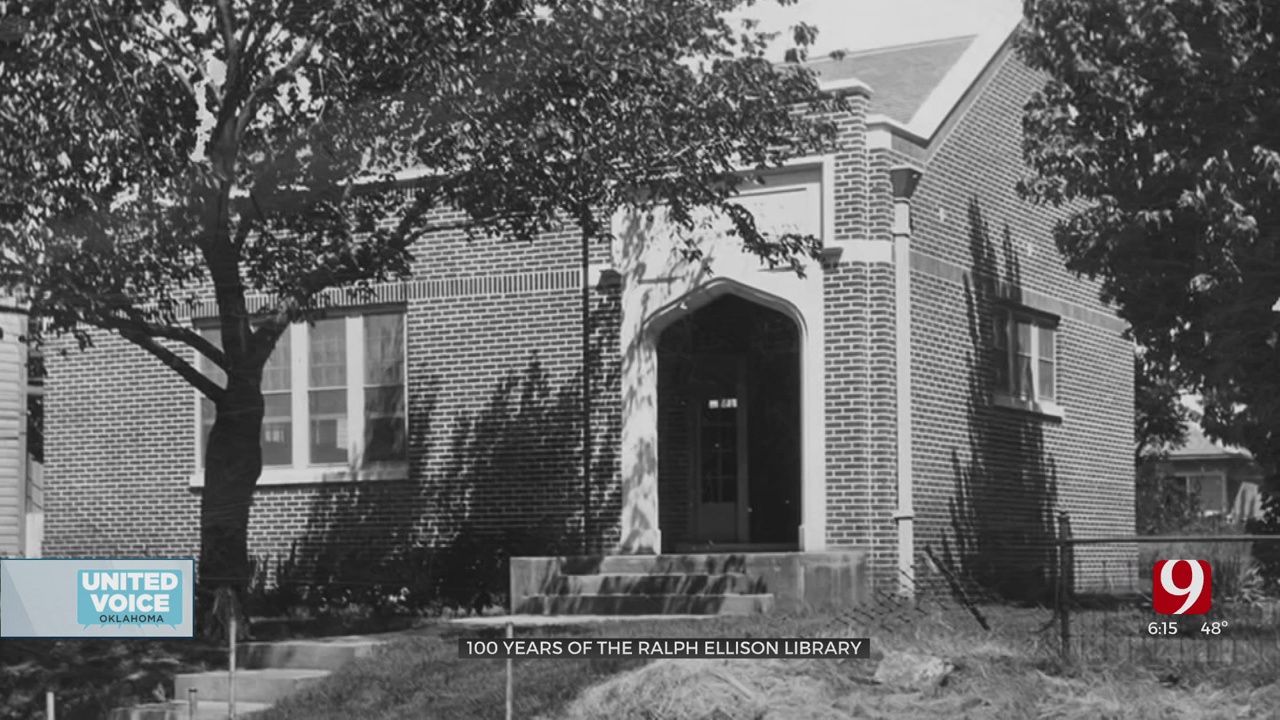 Kimberly Francisco has worked as the library manager at Ralph Ellison library for about five years.

She said this job is a big part of her life.

“I challenge my staff every day that we have to see the grace in humanity of anyone who comes through the door,” Francisco said.

She said this way of thinking is deeply rooted in the foundation of the library some 100 years ago.

“The then library board voted to exclude in using their language negroes from use of the Carnegie which was the only library,” Francisco said.

The board cited overcrowding at the time, but the newspaper, the Black Dispatch, disputes their reasoning. It claims access was limited after accusations that boys of color were flirting with white girls in the library.

The controversy sparked the Black Community to rally for a place to go and learn.

“If you think about 1921 it hadn’t been that long prior to that would have been illegal for folk that looked like me or folk who identify as black or African American to learn to read. You could’ve been killed for such. You could be killed for teaching someone,” Francisco said.

Months later, the city opened the library in Deep Deuce before moving to Northeast 23rd street.

In the 1970's it became the Ralph Ellison Library, named about the black novelist.

“Every step of the way the community has been an integral part in making sure we have services,” Francisco said.

Even 100 years later, this proud librarian said this space is just as crucial to her community as the day it opened its doors.

Down the street from the library will soon be Maps 4’s Clara Luper’s Civil Rights center providing more spaces to learn about Oklahoma City’s black history.