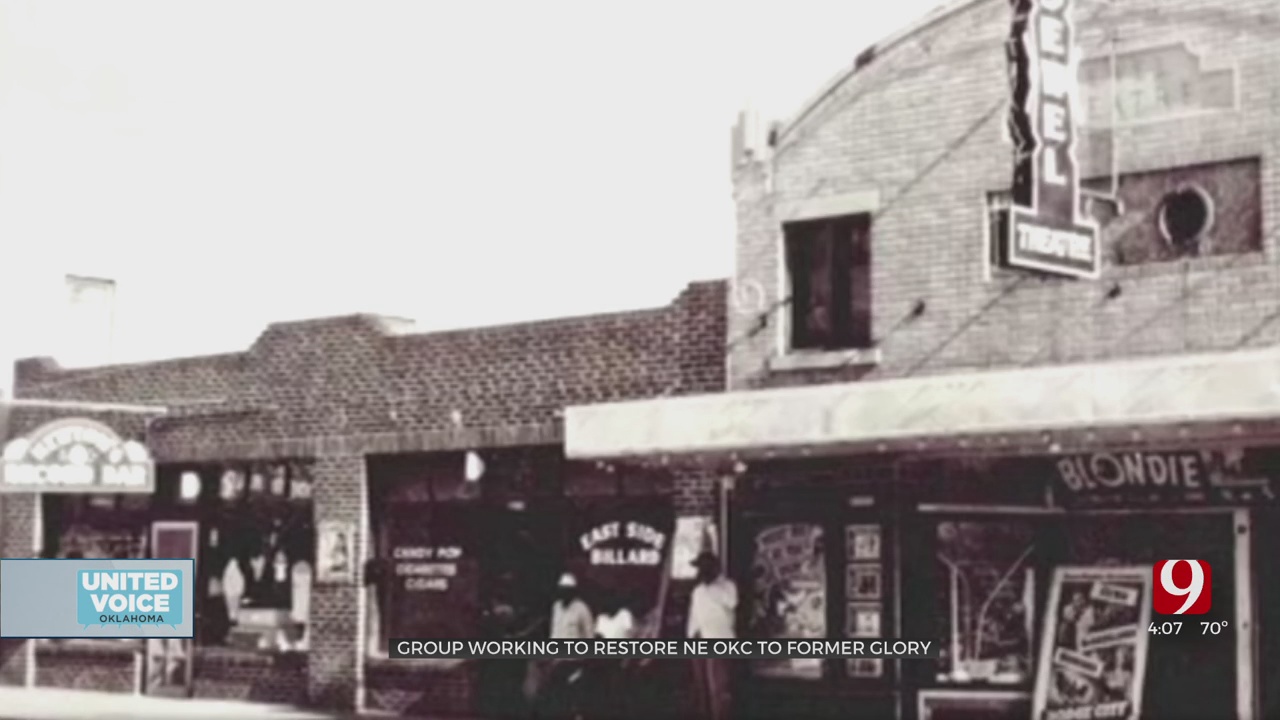 A nonprofit is hoping to engage the northeast Oklahoma City community in future planning.

Their main focus is an area dubbed South of 8th.

Hurst was born across the street from where he grew up, and still lives on the northeast side of the city.

He told News 9 there's no comparing the NE 4th Street that people see now with the one he used to walk down as a kid.

"It was really a very popular area and probably the second largest Black business area in the city," said Hurst.

Now, one of the only buildings still standing is the Jewel Theatre.

"The Jewel Theatre, it's a cultural asset and anchor of not only the NE 4th Street corridor but this area as a whole," said Vanessa Morrison, the co-founder of Open Design Collective.

Decades later, Hurst owns the theatre and has dreams of reopening it, but the space around it is mostly empty lots.

"Many cities took these funds and were working to clean up these areas, but ended up harming and erasing a lot of spaces and Black communities," said Morrison.

The collective is working to make sure the northeast side of Oklahoma City is included in future development with their focus being South of 8th, between Lincoln Boulevard and Lottie Avenue.

Now, she and her team are working with OCURA to put together a vision with the community, while also ensuring the history and culture of the area is preserved and protected.

"I could see it being a very important area in the city," said Hurst.

Morrison and her team want to hear stories like Hurst's and their future hopes for the area.

The collective is hosting its first visioning sessions this Saturday, and this is a part of a nine-month process of community engagement.

"We are going to be doing activities to really center their voices and understand what is the history what are those cultural connections and the stories that make this space so special," said Morrison. "As we are working on the redevelopment efforts and planning those efforts to come back into the community, how can we be intentional about preserving that history and culture and making sure that's part of the process."

There are two sessions on Saturday and the group will be serving a free lunch.