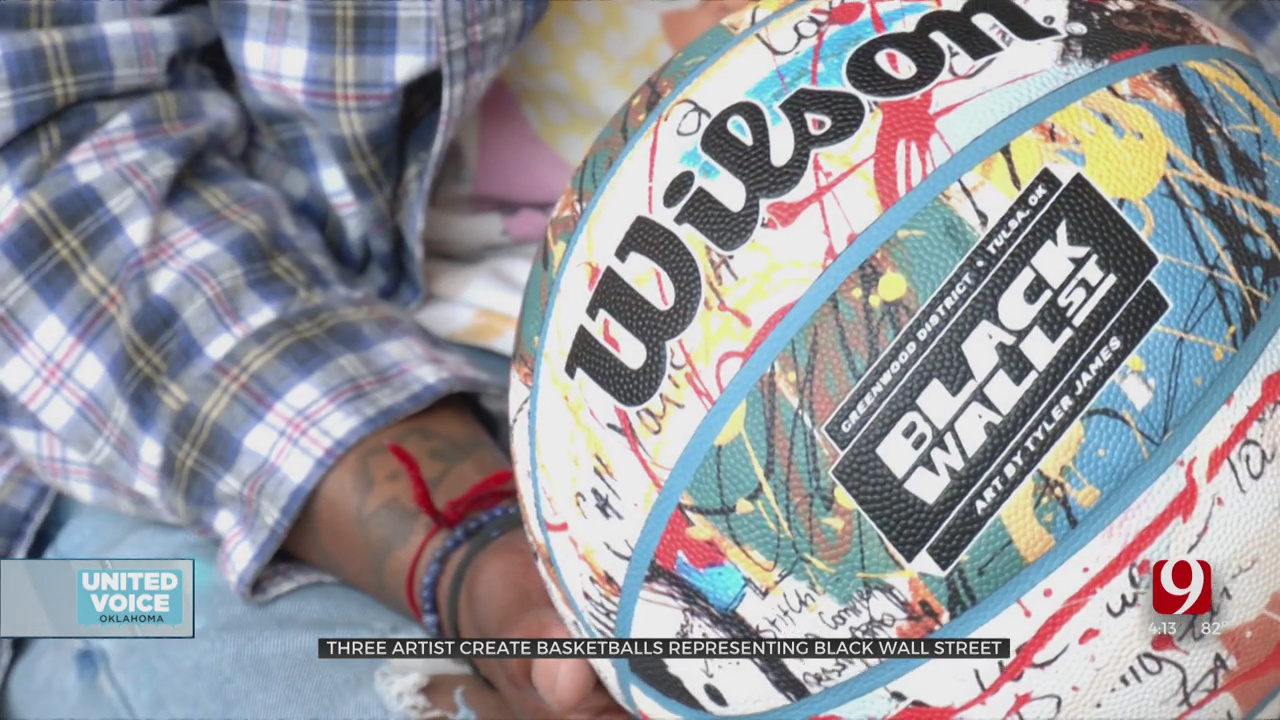 Wilson has created a new limited edition basketball collection dedicated to Black Wall Street. It was made possible through a partnership with three artists that all have a connection to Tulsa, Oklahoma.

The basketballs are already on display at Silhouette Sneakers and Art in Tulsa. The three balls that make up the collection represent the past, present and future of the Greenwood District.

"We want to educate people, and we wanted to use our platform to share a story that we thought was very, very important," said Wilson's Director of Brand Voice and Copy Geordon Streat.

Ebony Iman Dallas, Tyler James and Eddye K. Allen now play a special role in sharing a piece of the city’s story. History they learned from their families.

"I learned about it when I was little from my mom," said James. "It was something that wasn't taught in schools."

"It did feel almost like a myth," said Dallas. "Did my mom say they dropped bombs on the buildings?"

But that destruction that happened 100 years ago is not what Allen wanted her ball, representing Black Wall Street’s past, to capture.

"I wanted to show them a little bit more of where we come from," said Allen.

She wanted to show people a glimpse into the Greenwood District and Tulsa when it was prominent and thriving. The basketball features iconic images and people from the district like the Dreamland Theatre.

The basketball representing the present was created by James and is drastically different.

"The inspiration behind it all is just where I'm from and what's going on with different elements of people from creators, businessmen," said James. "We have this agenda to kind of try and push Tulsa forward, but we can't do it separate. So, we have to do it together in a sense."

The future of Greenwood created by Dallas is filled with bright colors and a message of hope.

"Greenwood future arms linked alliances cemented in trust, shared visions of wholistic prosperity for our children's children," read Dallas from her basketball. "The blueprint resides in us."

These artists believe the past and present all play an important role in creating change and building a new future.

"I think now it's important to know we do have a voice, and it is prominent and its growing and were going to continue to grow," said James.

"This is meant to inspire folks to say we can continue to thrive and thrive even more in the future," said Dallas.

The collection was available through Silhouette Sneakers and Art on Juneteenth, but it will be available nationwide on Wilson.com starting July 5.

All the funds will go to the Tulsa YMCA.