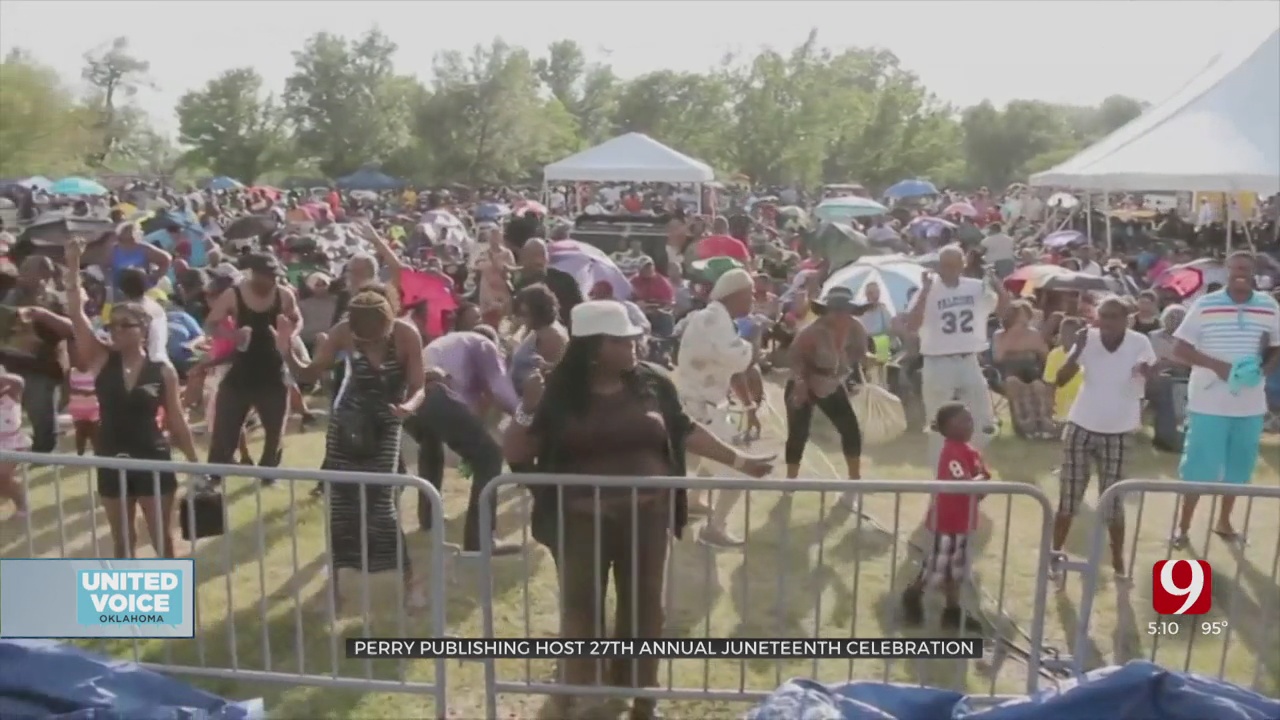 Slavery officially ended in the United States January 1, 1863, when the Emancipation Proclamation went into effect.  However, in southern confederate states freedom was not given until union troops arrived June 19, 1865. Known today as Juneteenth.

Perry Publishing and Broadcasting has held a Juneteenth celebration for the past 27 years. It’s an event the company looks forward to every year.

“It’s all about community, you know? It’s brining the community together in celebration,” said Vice President of Broadcasting Terry Monday.

This year’s festival kicks off at 10 am. Saturday, June 19 at Washington Park in Oklahoma City.

After last year’s festival was canceled Monday feels many people are ready for this year.

“We couldn’t do it last year of course because of the pandemic, and I think there is a gnawing in everybody, that they want to get out and they want to do things and come out,” said Monday.

That excitement is making this year’s celebration bigger than ever.

“We have a host of vendors.” Monday explained. “We’ll also have the Oklahoma City-County Health Department there, giving free vaccinations on site.”

There will also be some national artist performing as well.

“We will have Ray J in town. Of course, he’s an R&B artist as well as an entrepreneur. Also, Jon B a very popular recording artist that sings R&B,” said Monday.

Admission is free. Guest are encouraged to bring lawn chairs and blankets as well as drink plenty of water.