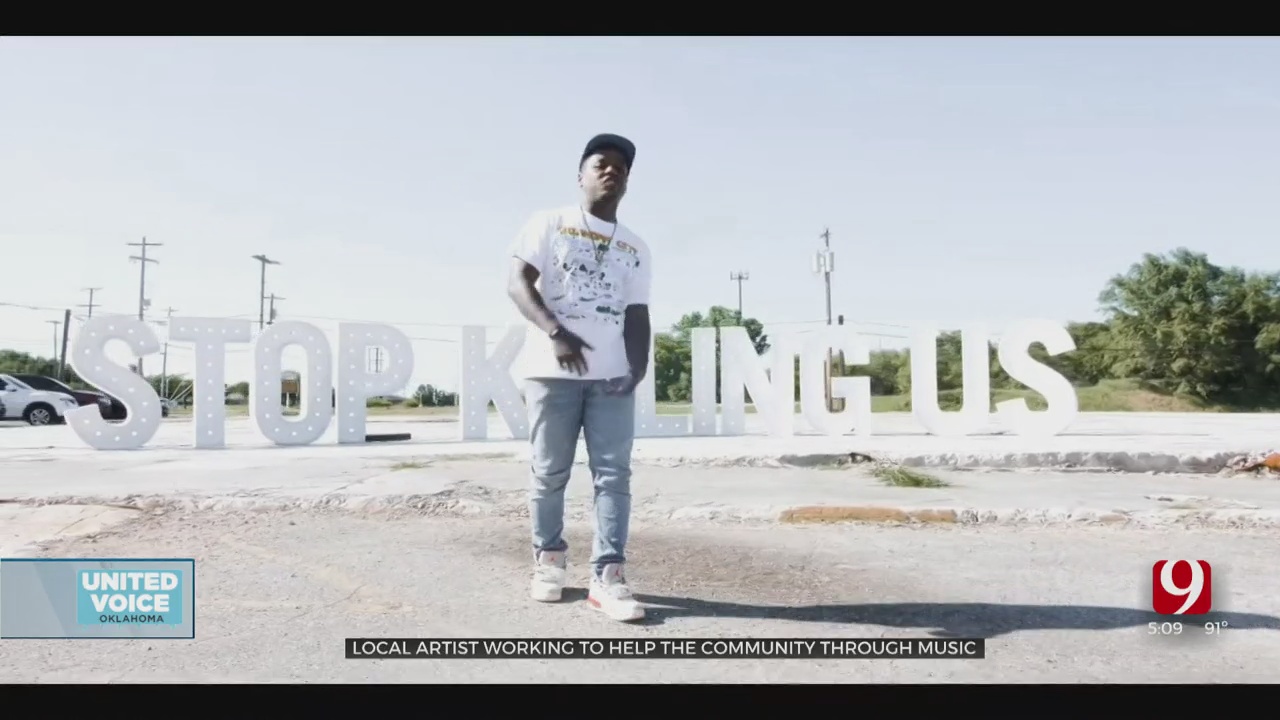 It’s been one week since a group marched from the Tower Theatre to the Capitol rallying against racial injustice.

One of the organizers was local rapper Jabee Williams.

The Oklahoma City native came out with a new album in June of 2020, "This World Is So Fragile and Cruel I'm Glad I Got You".

"Whenever I came up with the idea for it or the concept and the title, I was writing it about what I was going through," said Williams.

The album may sound like it was written specifically for 2020, but it was really three years in the making.

"I always say to some people they see it on TV, they hear about it they read about it but it's never been like real," said Williams.

The local artist wants people to know justice and discrimination both haven't been limited to 2020. He wants people to realize the years of hardship he and the Black community have lived through.

He hopes those struggles come through in his music, but Williams doesn't want to stop there.

"I've been able to get a lot from the community, and it's important that I start to give back," said the local rapper.

Recently that's meant taking a stand, leading protests and speaking out. Williams described his role as activist as more of a natural progression. He hopes by raising his voice and giving back, people realize there are people right here in Oklahoma that he and others are fighting for.

To hear more of William's music visit his official website.