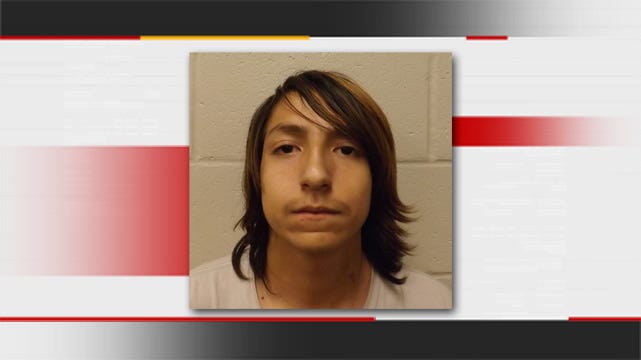 Police said, the day before the massacre at Sandy Hook Elementary School in Newtown, Connecticut, they started investigating threats made at Bartlesville High School. The student responsible was arrested Friday morning.

Bartlesville Police said officials from the school reported that a student had talked about "planning a shooting at the school," Thursday morning, around 10:45 a.m.

Police said the student was 18-year-old Sammie Chavez, who was not at school on Thursday.

According to court documents, Chavez sat in the cafeteria on Wednesday and attempted to recruit other students to help him carry out a plan to lure students into a trap in the auditorium, and then open fire. The affidavit states that Chavez planned to chain the doors of the auditorium shut and place bombs near the doors, so they would go off as police tried to enter.

The affidavit also states that Chavez was attempting to get a map of the school and had told a teacher that he recently bought a Colt .45 handgun and had spent a weekend shooting it.

Information taken from a school computer used by Chavez showed him looking up a type of machine gun and researching Columbine High School, the affidavit states.

According to the affidavit, a student witnessed Chavez looking a website on how to build pipe bombs.

Police said officers conducted a search of the residence and arrested Chavez on a complaint of felony threatening to kill.

"We are extremely pleased that our students were never in harm's way. I am proud of our administrative personnel who took what started out as an unsubstantiated rumor, and through their diligent work and exhaustive investigation were able to determine there could be a future threat. We appreciate the excellent relationship we have with our local law enforcement and their swift response to the information we provided them. We will always put the safety of the students of the Bartlesville Public School District first and foremost," said Superintendent Gary W. Quinn.

A parent told News On 6 that they received an email from the school district Friday, describing an "incident" that had happened at the school Thursday. According to the parent, the email gave no more specific information other than that the situation had been handled.

Chavez was booked into jail on a $1 million bond, and if he makes bond and is released, he is ordered to not have any contact with Bartlesville schools or possess any firearms. Chavez is due in court January 11.