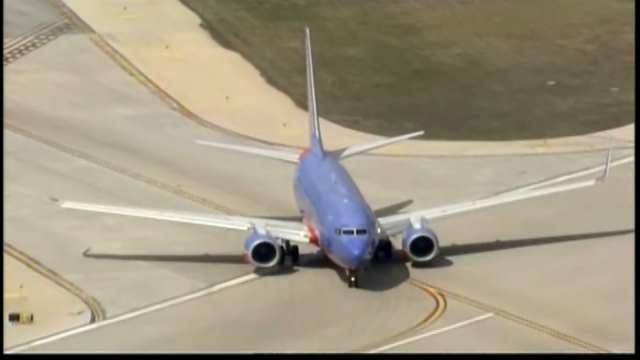 A Southwest Airlines flight headed to Tulsa from Las Vegas Thursday had to return McCarran International Airport after an indicator light signaled a fire in a cargo hold.

Airport spokeswoman Christine Crews says Flight 481 departed about 1:20 p.m. but circled back after the crew reported a safety concern. It was met by fire and safety crews about 2:45 p.m.

The Boeing 737-700 had 136 passengers and four crew members aboard and was able to taxi back to the gate after landing.

The airline says there was no fire, and mechanics later determined the indicator light had malfunctioned.

One passenger told News On 6, people were nervous since they didn't know what was going on.

"It was getting real bumpy. We thought we had a lot of turbulence but then we kept circling around, then all of a sudden we get down low and they made an announcement saying we were about to have an emergency landing and everyone is kinda freaking out on the plane not knowing what is going on," said Bryston Brixie from Stillwater.

Passengers were booked on other flights which eventually took them to Tulsa.