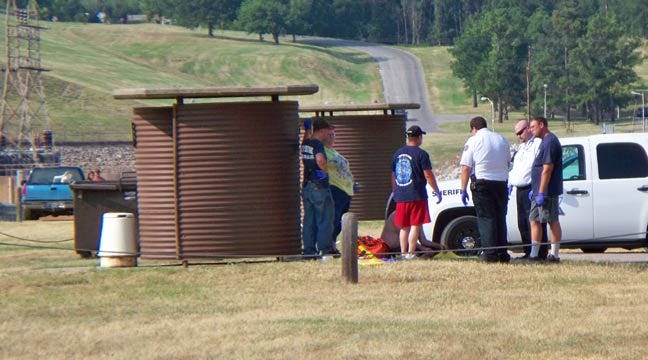 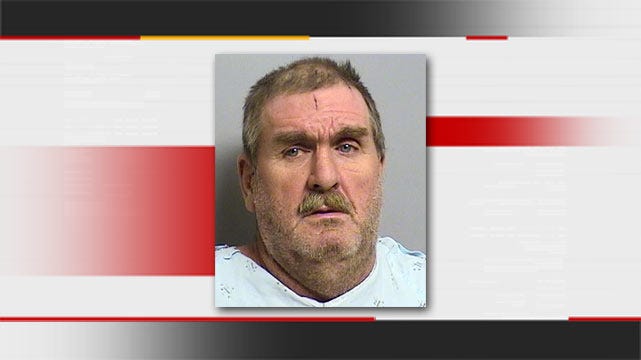 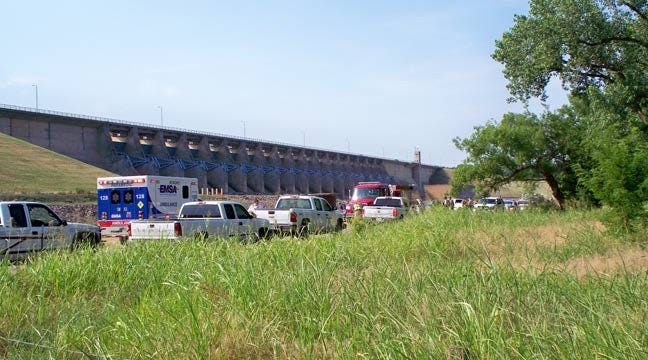 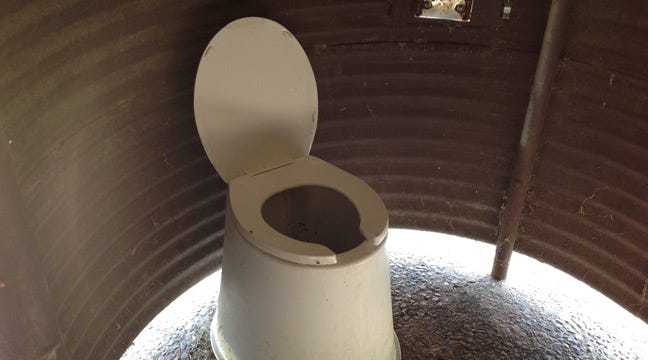 A woman taking her 7-year-old daughter to the restroom at a Keystone Lake park saw a man looking up at her from inside a public toilet. The man, 52-year-old Kenneth Webster Enlow, was arresting on a Peeping Tom complaint.

Tulsa County Sheriff's Deputies were called to White Water Park women's bathroom early Sunday evening by a park ranger. The park, on the southeast side of Keystone Dam, has toilet facilities that include a septic tank under a cement slab. A plastic toilet seat sets over the hole that allows access for septic service, according to an arrest report.

Deputy Brian Osman said in his arrest report that he saw Enlow standing in the septic tank.

"I saw that he was standing with his head and shoulders out of the hole and that he was covered in feces."

Keystone Fire and Rescue helped Enlow climb out of the toilet and used a fire hose to clean him off.

Enlow first told authorities his girlfriend "Angel" hit him in the head with a tire iron and dumped him in the toilet. He said Angel drove him to the dam in her blue and white 1972 Chevy Monte Carlo and left him in the hole about 30 minutes before he was found.

He claimed that he was unconscious from that injury and that's why he didn't call for help when the woman and her daughter entered the bathroom.

Deputy Osman said Enlow did not have any fresh injuries that backed up his story of being attacked with a tire iron. He did have some old scratches on his head, but they were scabbed over, the report states.

Enlow also had some scratches on his arms the deputy thought were from the rough edges of the concrete slab under the toilet.

Deputies took Enlow to OSU Medical Center where medical personnel confirmed there were no injuries consistent with being struck in the face or head.

Enlow also has arrest records in Creek and Tulsa counties for public intoxication and driving under suspension.