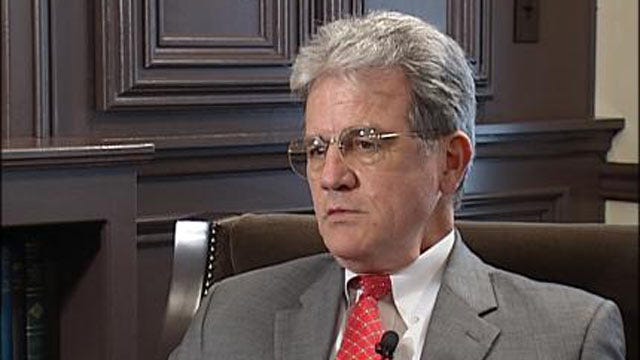 Oklahoma Senator Tom Coburn will give up his seat by the end of the year.  That is two years before the end of his term.

Coburn's office released a statement from the senator Thursday evening.  He said his decision was not related to his battle with prostate cancer. Instead, he said he's a "citizen legislator," who was committed to serving no more than two terms in the Senate.

In his statement Thursday, Coburn wrote:

"I am first and foremost a citizen who cares deeply about the kind of country we leave our children and grandchildren."As dysfunctional as Washington is these days, change is still possible when 'We the People' get engaged, run for office themselves or make their voices heard. After all, how else could a country doctor from Muskogee with no political experience make it to Washington? "As a citizen, I am now convinced that I can best serve my own children and grandchildren by shifting my focus elsewhere. In the meantime, I look forward to finishing this year strong."

Coburn has been the Senate's most-prominent deficit hawk, bringing wasteful government spending to light. Coburn earned the nickname "Doctor No," for blocking bills he felt were unconstitutional.

His office routinely produced reports on wasteful spending, like a 37-page report in 2011 dubbed "Subsidies of the Rich and Famous" that detailed nearly $30 billion spent annually on government tax breaks and federal grant programs for millionaires.

He was elected to the U.S. Senate in 2004, and previously served three terms in the U.S. House.

Coburn was treated for prostate cancer in 2011, and has battled numerous health issues in past years.

He revealed in 2003 he'd been diagnosed with colon cancer and had undergone surgery and chemotherapy. He told a reporter at the time, "you should be writing about Medicaid and Medicare instead of my health."

Coburn also was treated for malignant melanoma in 1975, and had a benign tumor removed from his pituitary gland in 2007. He also was tested for an irregular heartbeat in 2008.