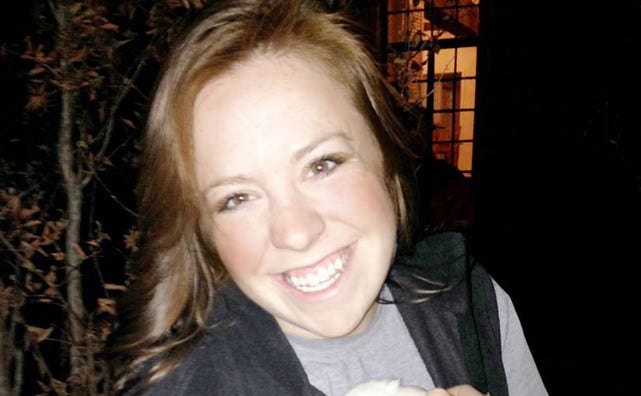 Tulsa police continue to investigate a crash that killed a 20-year-old Tulsa woman. Taylor Witcher was a student at the University of Oklahoma's Gaylord College of Journalism and Mass Communication and a Union High School graduate.

The driver who caused the wreck - and is suspected of driving under the influence - was also injured, authorities state. She remains in the hospital but has been able to talk to investigators, according to Officer Leland Ashley of the Tulsa Police Department.

That driver was eastbound on 71st Street near the Arkansas River bridge when police say she drifted over the center line and hit two westbound vehicles at about 12:30 a.m. Sunday, July 27, 2014.

Police are waiting for blood test results and compiling evidence in the deadly wreck, Ashley said.

"We investigate all accidents thoroughly, but anytime we have a fatality or serious injury, we really want to make sure we dot all our 'i's and cross all our 't's," he said.

"We've got to think about the victim's family and have everything intact for a successful prosecution."

Ashley said they will be releasing more information as soon as the accident report is complete. It may take an additional several weeks to get results of the blood test for possible drug and alcohol levels in the driver's blood, he said.

In addition to the 28-year-old driver of the car that crossed the center line and Witcher, EMSA reported three other people were taken to the hospital following the wreck. Two men in their 20s were in fair condition, and a 28-year-old woman was in serious condition. Ashley did not have updates on their conditions.