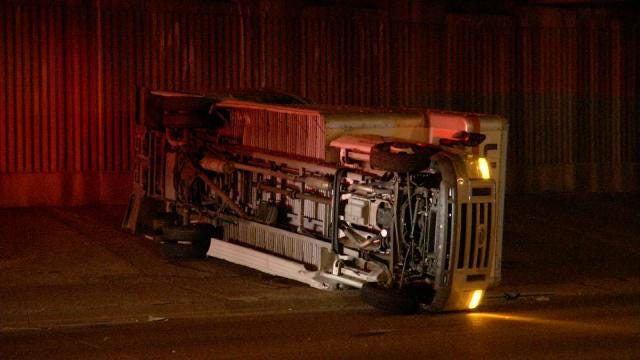 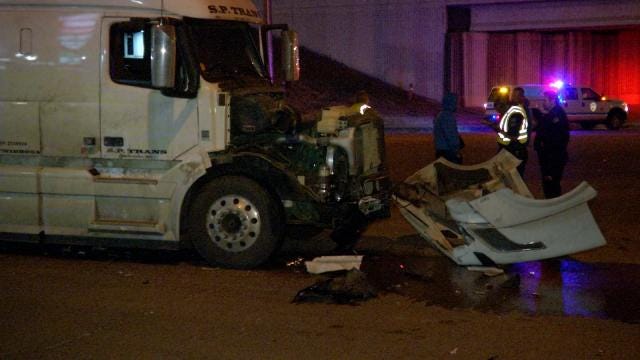 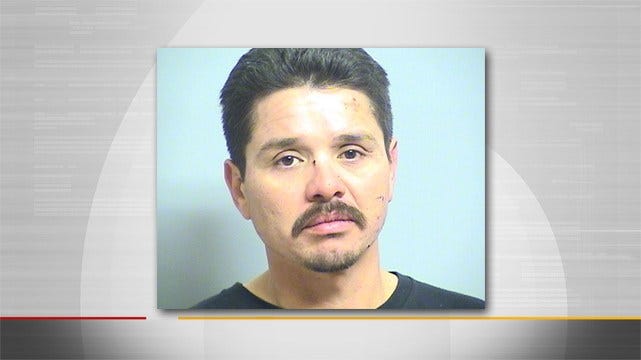 Northbound lanes of Garnett near the Interstate 44 overpass in Tulsa were closed for over two hours while emergency responders cleaned up an injury collision between a semi and a U-Haul truck.

The U-Haul box truck was northbound in the 1300 block of South Garnett when the semi pulled away from a stop sign after exiting Interstate 44.

The semi hit the box truck on its side, officers say. The driver lost control of the rental vehicle which clipped a bridge support column under the expressway and flipped over on its side.

A witness told police a woman climbed out of the U-Haul truck and ran away.

The driver of the U-Haul, Roberto Cobos of Border, Texas, was arrested on suspicion of driving under the influence.

He had a minor injury to his hand that was treated at the scene, then he was cleared at OSU Medical Center. According to an arrest report, Cobos said he was drunk but that the semi driver was the one who caused the accident.

Two men were in the semi. They were not injured.

No word on whether the semi driver was cited in the wreck. Police say the bridge suffered only cosmetic damage.