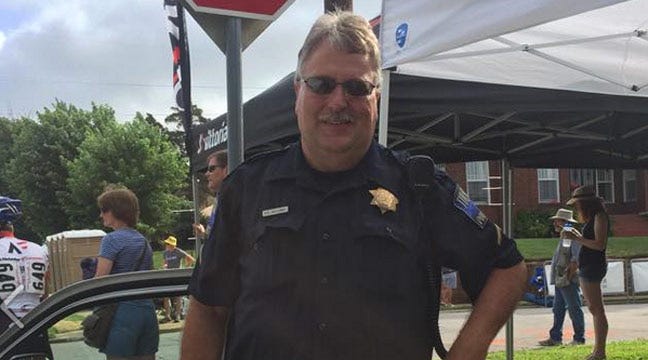 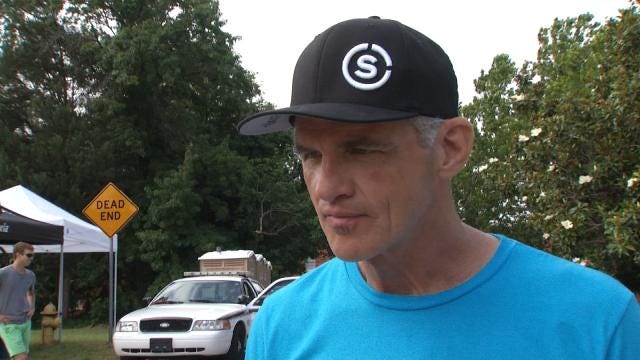 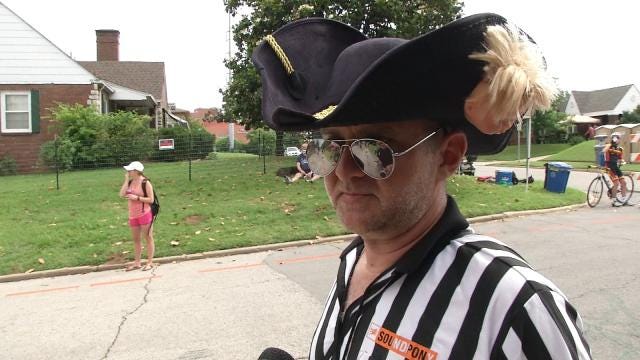 A rider collapsed on the Tulsa Tough Cry Baby Hill criterium course Sunday and was resuscitated by a Tulsa Police Officer. Witnesses are calling Officer Don Holloway the "Hero of Cry Baby Hill."

The third day of racing is exciting for spectators, but that excitement turned to concern when a cyclist collapsed next to the course.

A cyclist with the Bixby Bicycle Works team had just climbed the toughest lap of the day. Teammate Dan Henderson said the man started to feel bad, so he pulled out of the race.

"He's pulled off to the side of the road; we were having a conversation - he obviously didn't feel good," said Dan Henderson, Bixby Bicycle Works rider.

"We were speaking for about five minutes, and then he just fell over on his face and went into cardiac arrest."

"Started giving him chest compressions while EMSA got all their equipment ready," Holloway said. "They were able to get the pads on him and give him a couple of shocks and were able to get him back."

Teammates say the man was alert and talking when he was taken to the hospital. Holloway humbly declines being called a hero but said he was just doing his job.

Witnesses have a very different perspective.

"That guy would be dead if that cop wasn't there," said referee Andy Wheeler. "I can't believe they brought him back; it was pretty emotional.

"That guy's a hero - that guys the hero of Cry Baby Hill," he said.

The cyclist was taken to a local hospital. Teammates say he's expected to be OK.