4 Dead After Car Plows Through OSU Homecoming Parade In Stillwater 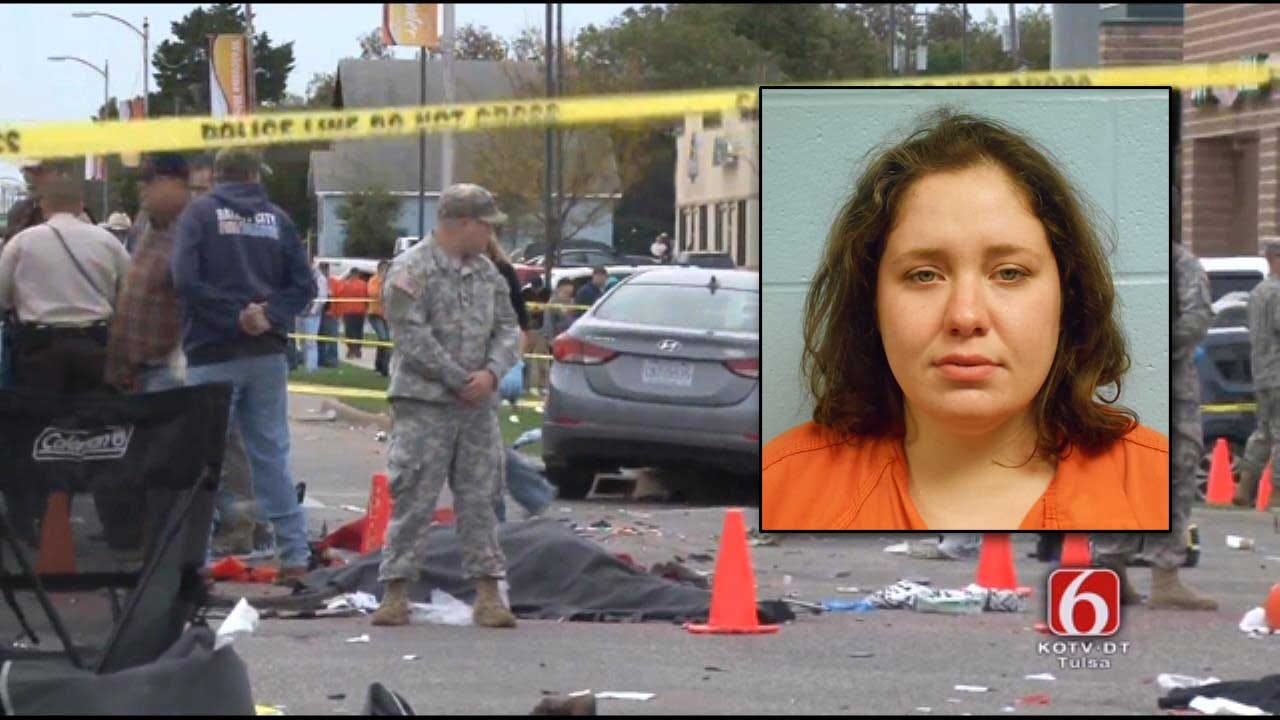 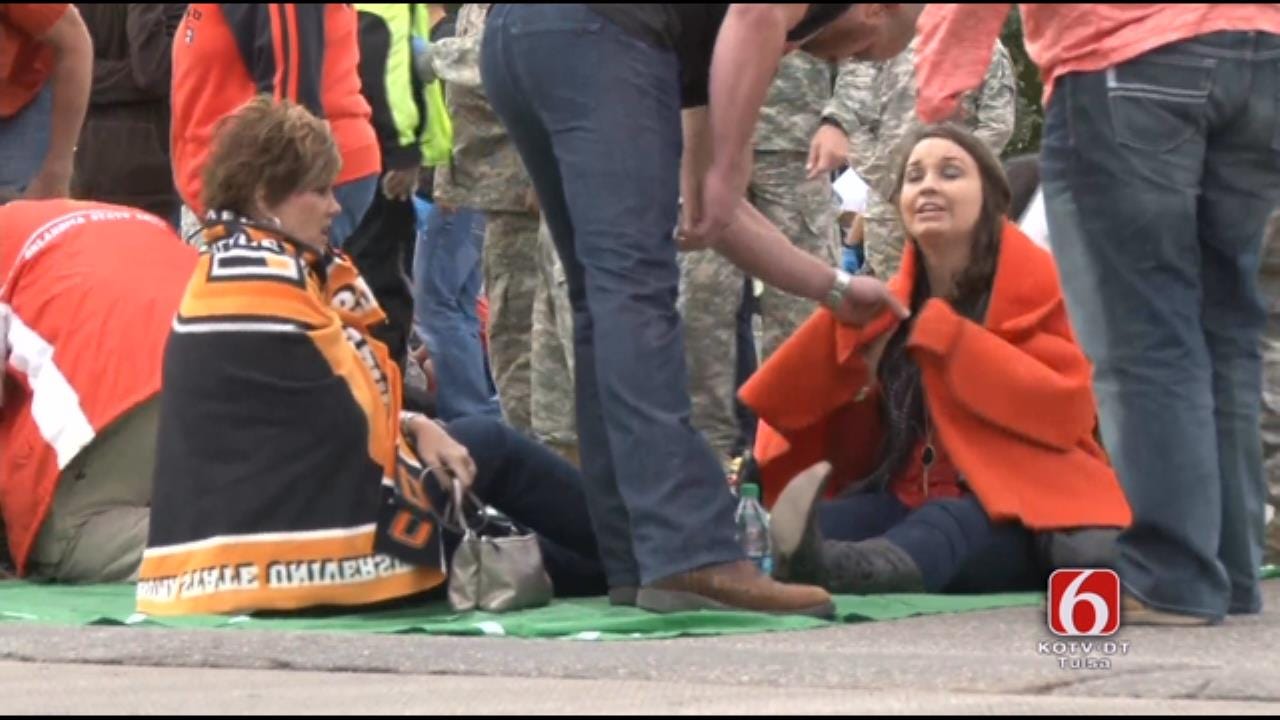 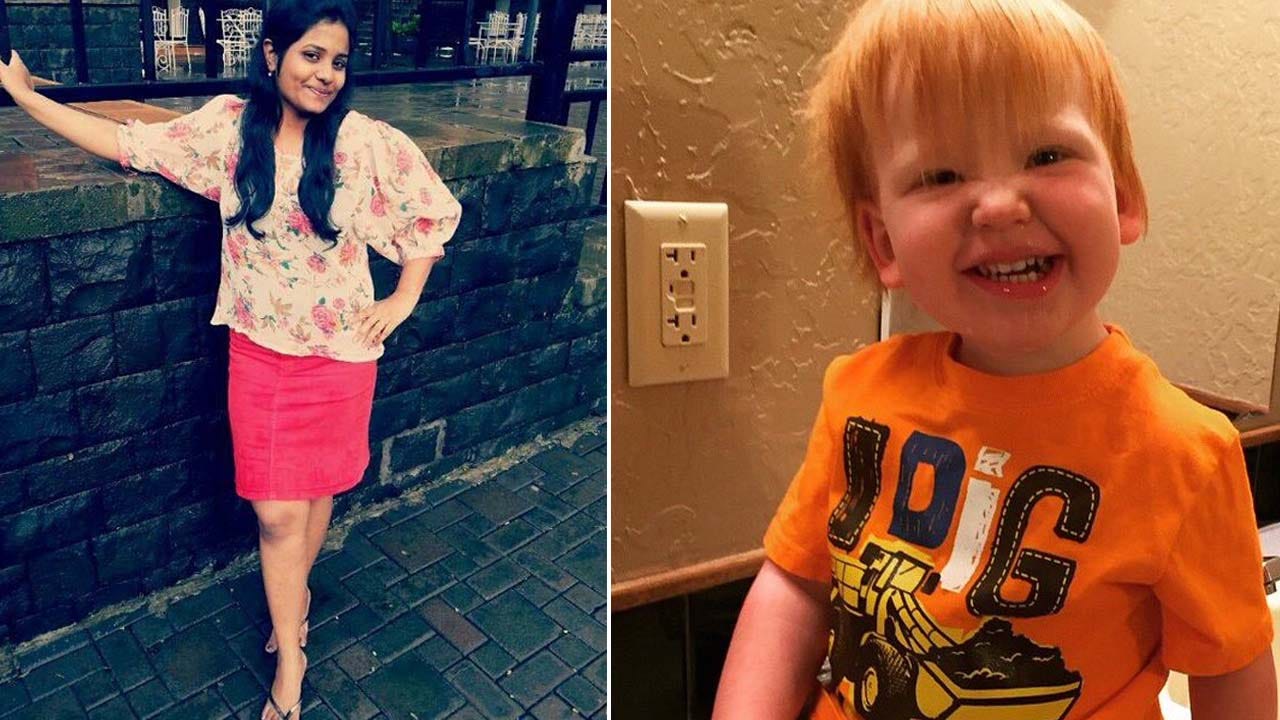 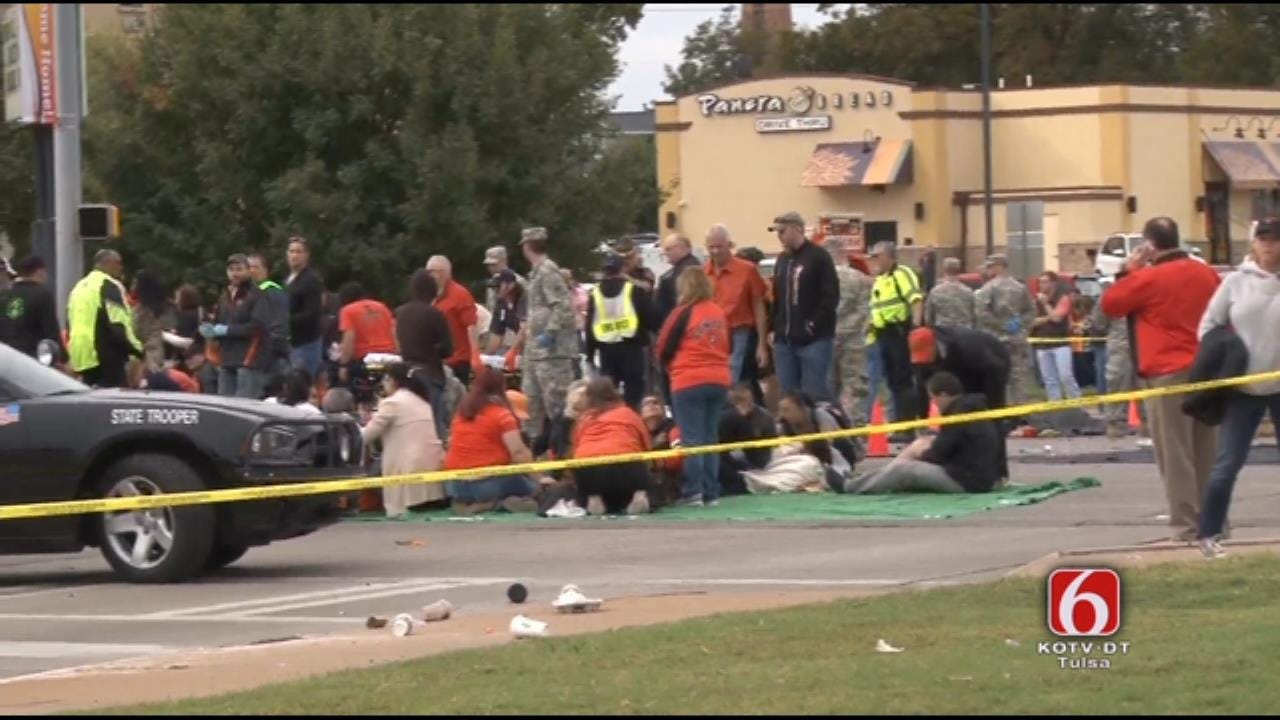 A fourth victim has now died from injuries received in a car crash at the Oklahoma State University Homecoming Parade on Saturday. A vehicle drove into the crowd of spectators causing the deaths and dozens of injuries.

Three people were pronounced dead shortly after the crash, the fourth victim died at OU Medical Center, the hospital confirmed to News On 6 before 6:30 p.m.

The two identities we can confirm through sources at this time are:

The driver of the car,  25-year-old Adacia Chambers, has been arrested for driving under the influence. Police say she is currently a Stillwater resident but not an OSU student. Chambers is a 2008 Oologah High School graduate.

Along with the four killed, eight are critically injured, nine seriously injured and 17 others "walking wounded." That's a total of 37 victims.

Eight helicopters in all responded to the scene and the Oklahoma National Guard helped emergency responders secure the scene.

Witnesses tell News On 6 it was terrifying as the car crashed into parade watchers at high speed at 10:31 a.m. The car was not part of the parade but was on Main before crashing into the crowd at the intersection with Hall of Fame Avenue.

A police motorcycle unit was also hit, but the officer was not on the motorcycle when the woman crashed into it.

Witnesses say the scene was very chaotic, with victims everywhere - men, women and children. They described it as if a bomb had gone off.

News On 6 storm tracker Von Castor was at the scene after taking part in the parade.

"A car barreled through barricades and into the crowd where the parade was ending," Castor said at the time.  "It was an absolute horrible scene. I don't know what the fatality count is, but I did see two fatalities.

"It brought me to tears."

We know several people from Green Country, including an Oologah band parent, were injured. The Oologah band marched in the parade.

The Oologah High School marching band was supposed to march in the 70th spot in the parade, but it was moved up to 18 shortly before the parade began. As a result, the students had spread out after finishing their duty in the parade. Many of them had gathered near the end of the route to watch the rest of the parade and witnessed what happened.

As soon as the band directors realized what happened, they sent a mass text out to the students to meet at the buses. A short time later, they sent out another text to parents informing them that all the Oologah kids were accounted for. Just like all the other high school bands in the parade, the Oologah kids were planning to attend the OSU football game. The school decided to cancel those plans and the band came back to Oologah at about 2:45 p.m., several hours earlier than planned.

OSU's homecoming weekend festivities are said to be among the largest in the nation, with tens of thousands attending various events every year, including the annual Saturday morning parade.

The University tweeted: "Oklahoma State University is saddened by the tragic parade incident earlier this morning. Our thoughts & prayers are with those affected."

Before the Cowboys took the field, head coach Mike Gundy led the team in the Lord's Prayer and fans joined arm in arm to pray and sing the alma mater together.

Chambers is in police custody. Stillwater Police say they will continue to update the media about her status.

Stillwater police are asking anyone who may have been taking video of the parade at the time of the crash to come forward and share the footage with them. They say it is critical to their investigation. One video shared with police also has been shared with News On 6. We have attached it to the story for those who would like to see. It is a poor-quality cell phone video and details are fuzzy in it, but we would like to warn you that it is of the crash impact.

4 Dead After Car Plows Through OSU Homecoming Parade In Stillwater