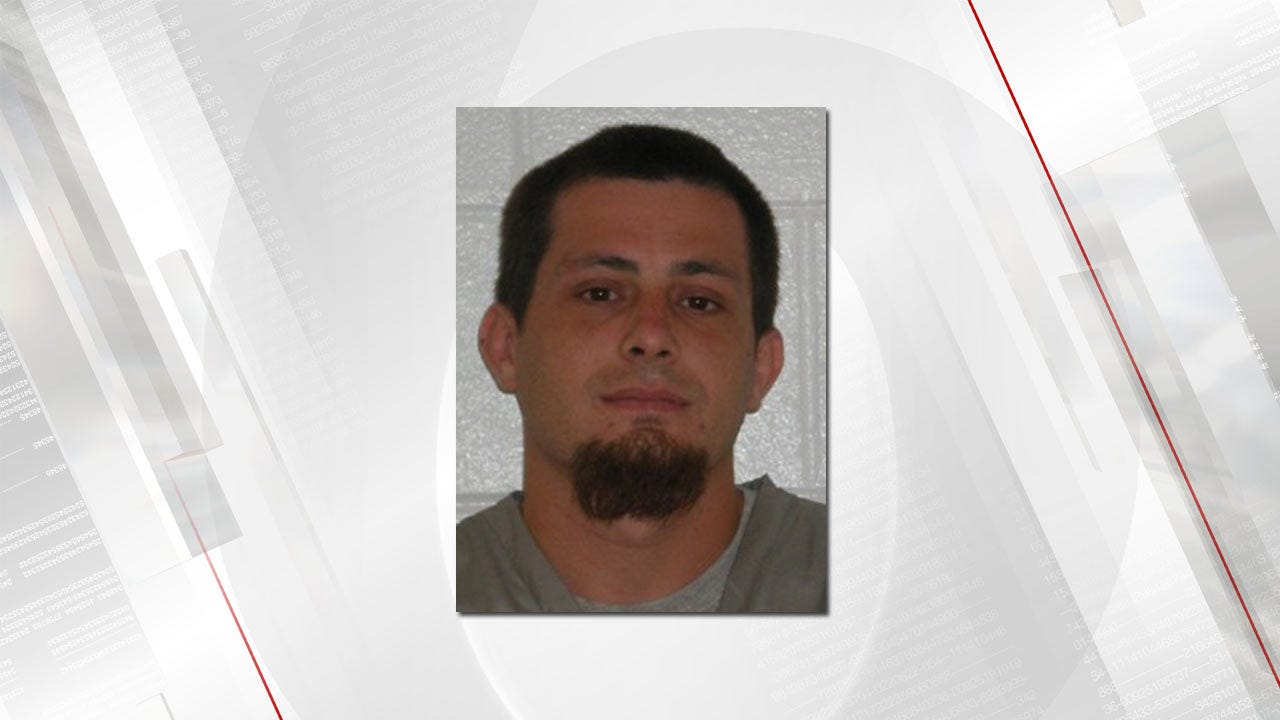 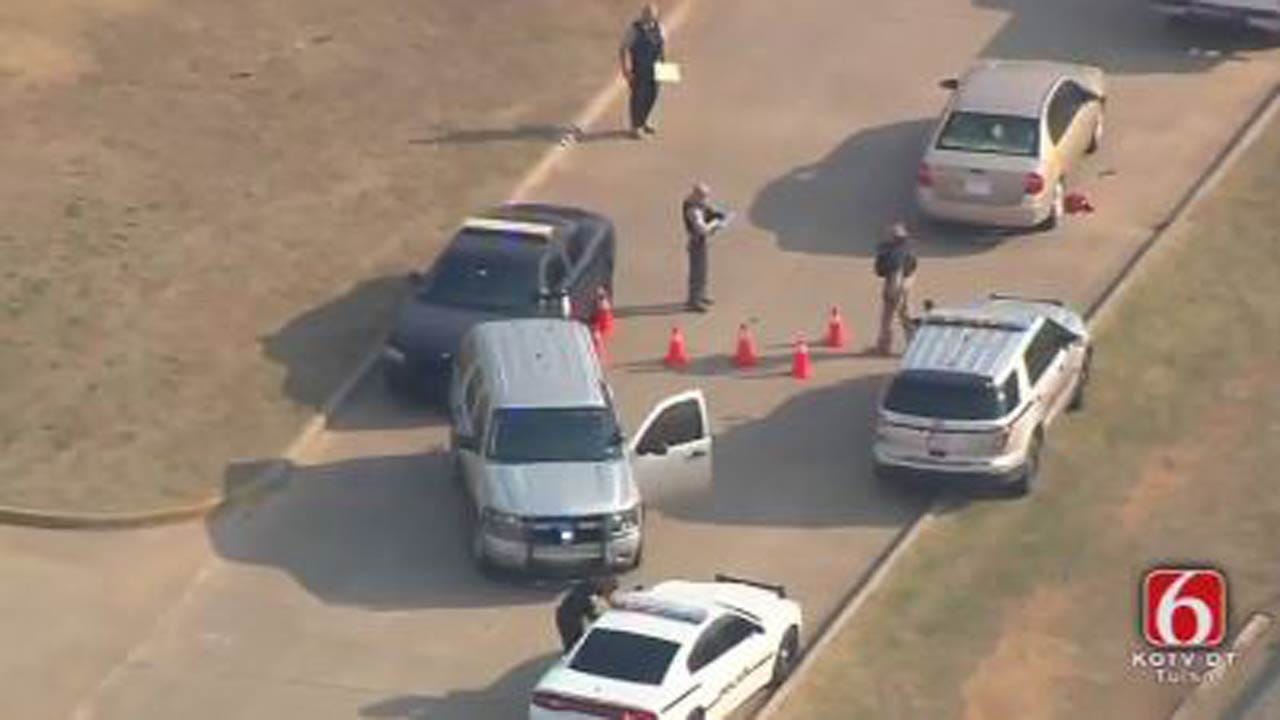 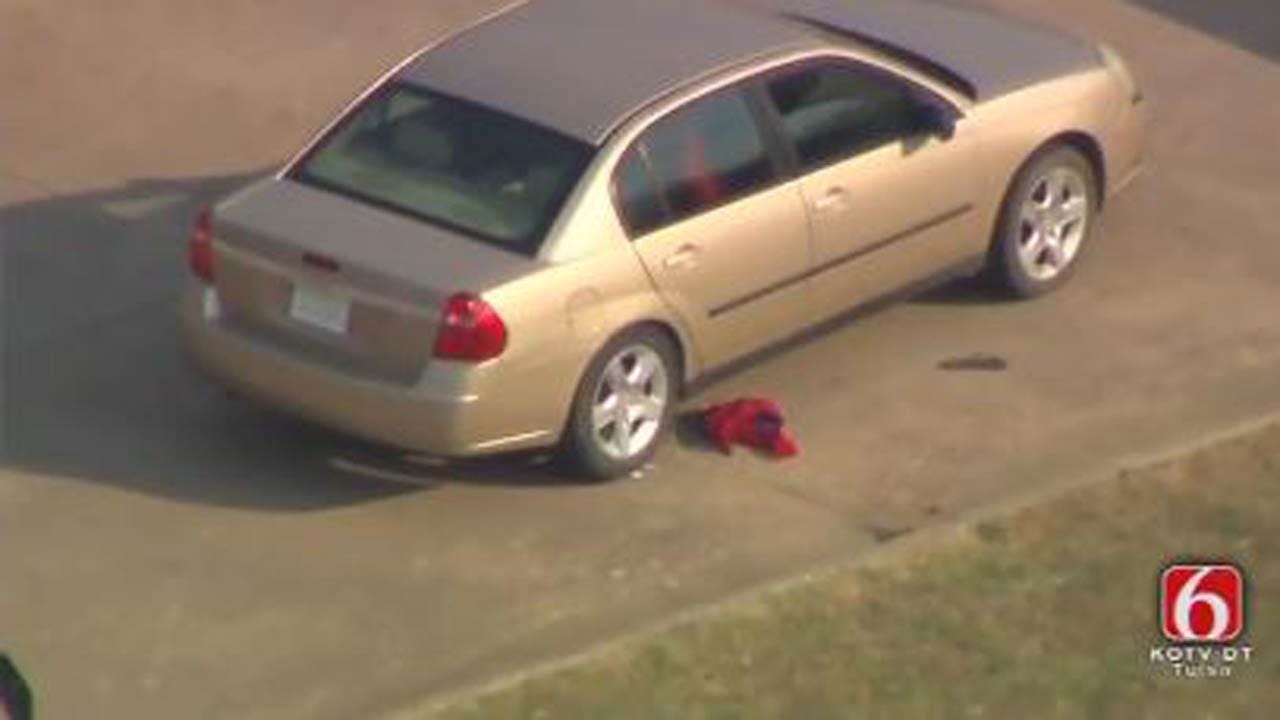 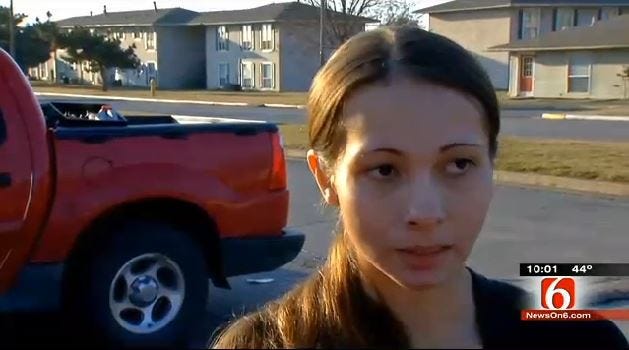 The Oklahoma State Bureau of Investigation and the FBI are investigating after an Okmulgee police officer shot a woman on tribal land.

It ended at an apartment complex less than a mile from the OSU Institute of Technology.

Before the buy could happen, police said Sanchez took off, leading police on a high-speed chase through town, with other agencies joining in.

OSBI said officers tried to use their cars to block Sanchez's path near 4th and Taylor. That's when they said he tried to drive around them and an officer fired his gun, hitting the passenger, Amanda Morrow, in the neck.

She was flown by helicopter to a hospital in Tulsa. Her condition is unknown.

Erica Taylor lives next door to where the shooting happened and was outside at the time.

"They are on the second driveway. They are already sitting there waiting for him. There's probably like four that chased him through the neighborhood,” she said.

She said the chase ended right in front of a playground.

"It slowed down and then they started firing shots," she said.

Taylor said she heard three shots before the suspect’s car came to a stop and saw bullet holes on the windshield.

That's when she said the man driving got out.

Taylor said while taking cover, she looked up to see a lady in the passenger seat of the car covered in blood.

The Muscogee (Creek) Nation Lighthorse Police were on the scene because the apartment is on tribal property.