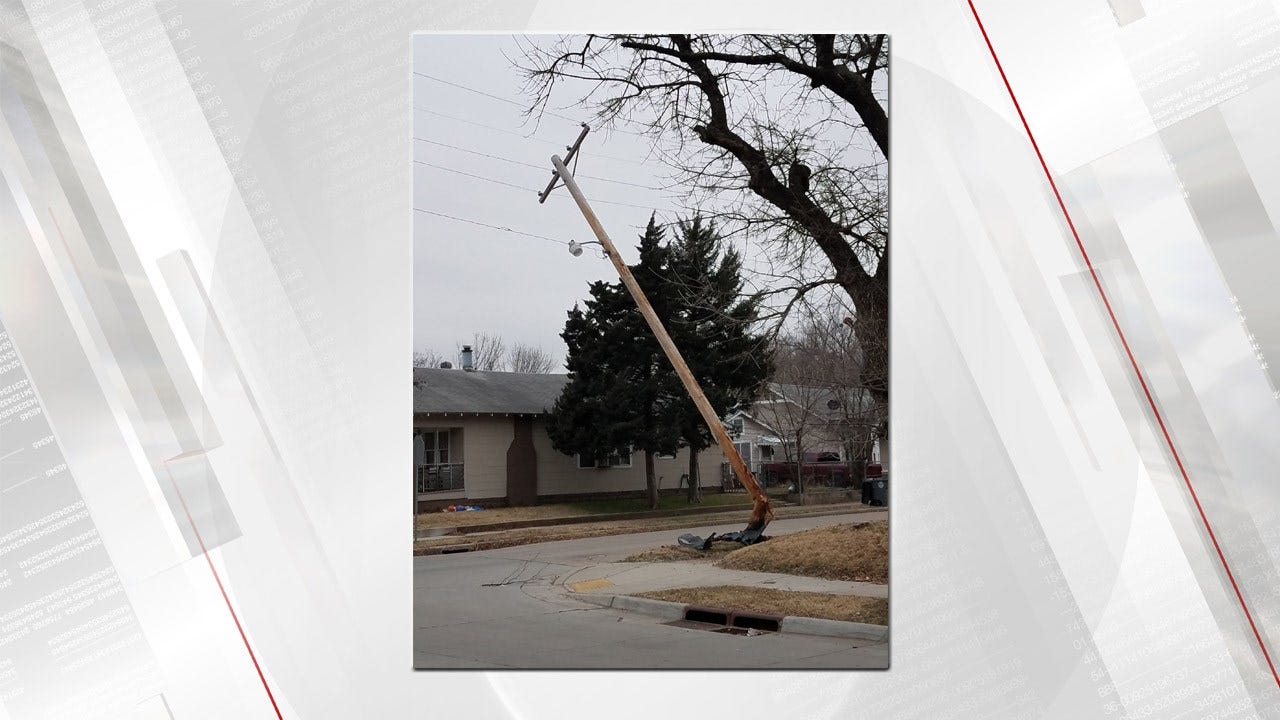 PSO says 563 customers are without electricity in the area of N. Lewis Ave. and Haskell Street after a car crashed into a power pole Saturday afternoon.

Police say the driver of the car was having a medical issue before crashing into the power pole, which snapped the pole and left it hanging at about a 45-degree angle.

Police blocked N. Lewis at Independence due to the snapped pole.

He did not have an estimate for those 32 customers.

We have a crew on the scene and will continue to update this story as we receive more information.