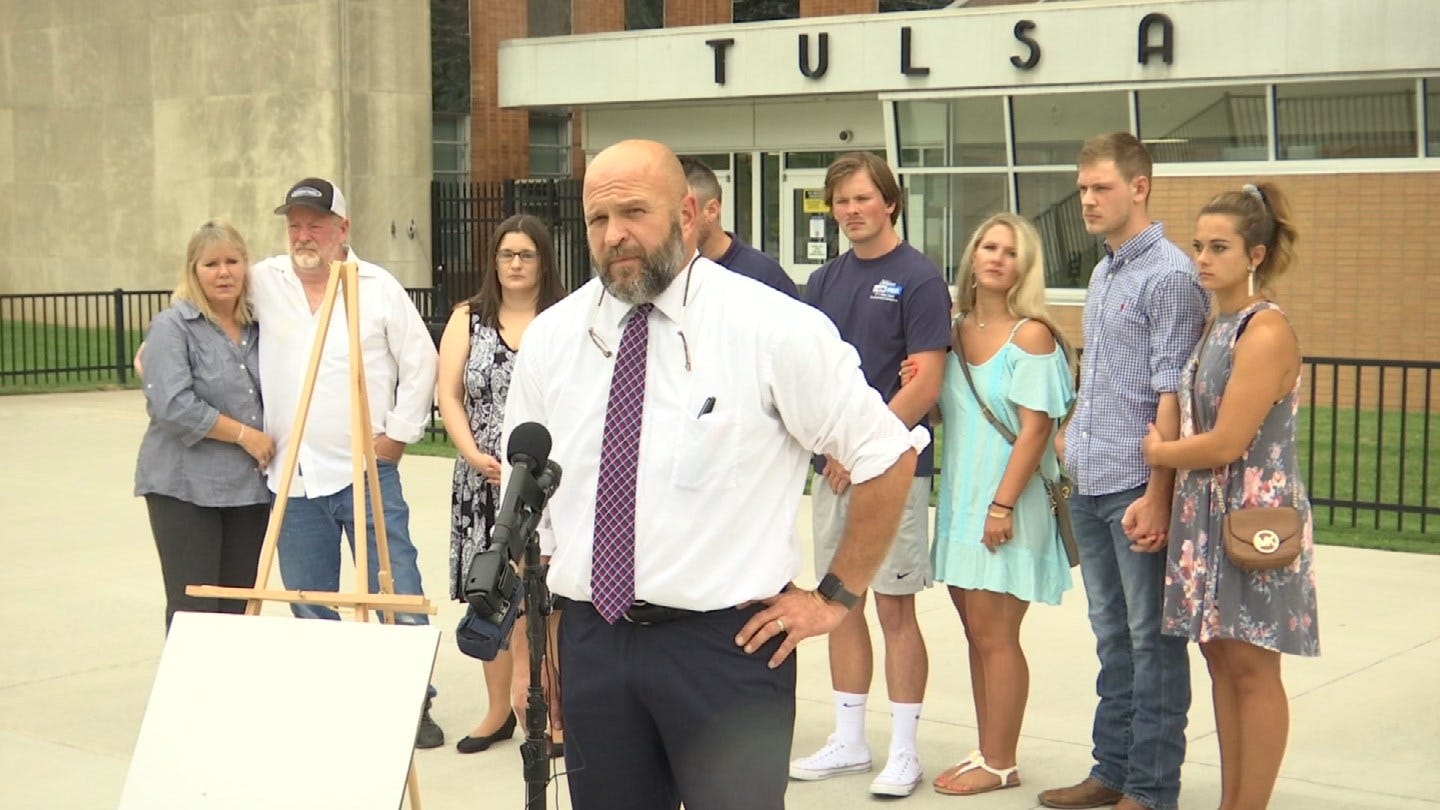 The family of a 16-year-old boy shot and killed by Bixby police says he was murdered. An attorney for Logan Simpson's family says the teenager was trying to drive away from officers not into them when he was killed.

The Simpson family attorney tells me bullet holes in the driver's side of Logan's car and several other pieces of evidence prove that Logan was not driving towards Bixby Police when he was killed.

"Logan had never been accused of doing anything he hadn't attacked anybody, in fact, he was a victim that night twice," said family attorney Kevin Adams.

The family says Logan's mom called police Sunday morning because someone was attacking his brother.

At some point in the commotion, they say Logan left the house in his car. When police spotted the vehicle, they say Logan wouldn't stop and eventually turned around and started driving towards them. That's when officers say they opened fire.

The Simpson's attorney says the bullet that killed Logan did not come from the front of the car.

He says Logan was killed by a single shot to his side that he thinks came through the driver’s side door.

"There is no way possible for Logan to have been driving towards the officer and then have the officer shoot him through the door," said Adams.

Adams said the family is aware that Logan should have stopped the car and not driven away from police but says that mistake should not have cost the teenager his life.

"Logan was a 16-year-old boy about to turn 17 years old. He was a small kid with a big heart. Loved his family," said Adams. "We are not saying he was perfect. 16-year-old kids do dumb stuff and I'm not saying that he might not have made some mistakes that night but he didn't deserve to die."

"Anytime an officer takes someone's life, I see the things people don't ever see. Officers hope and pray every day they are not put into that position and when they are, that's something they have to live with for the rest of their life. That's gotta be tough," said attorney Scott Wood.

The name of the officer involved in the shooting has not been released by Bixby police yet. Scott Wood tells us that could happen as soon as Friday.

After the OSBI investigation is completed and submitted to the District Attorney, the City will be scheduling a press conference to release the dash camera video showing the pursuit and events leading up to the shooting."

The family has established a Go Fund Me for Logan.