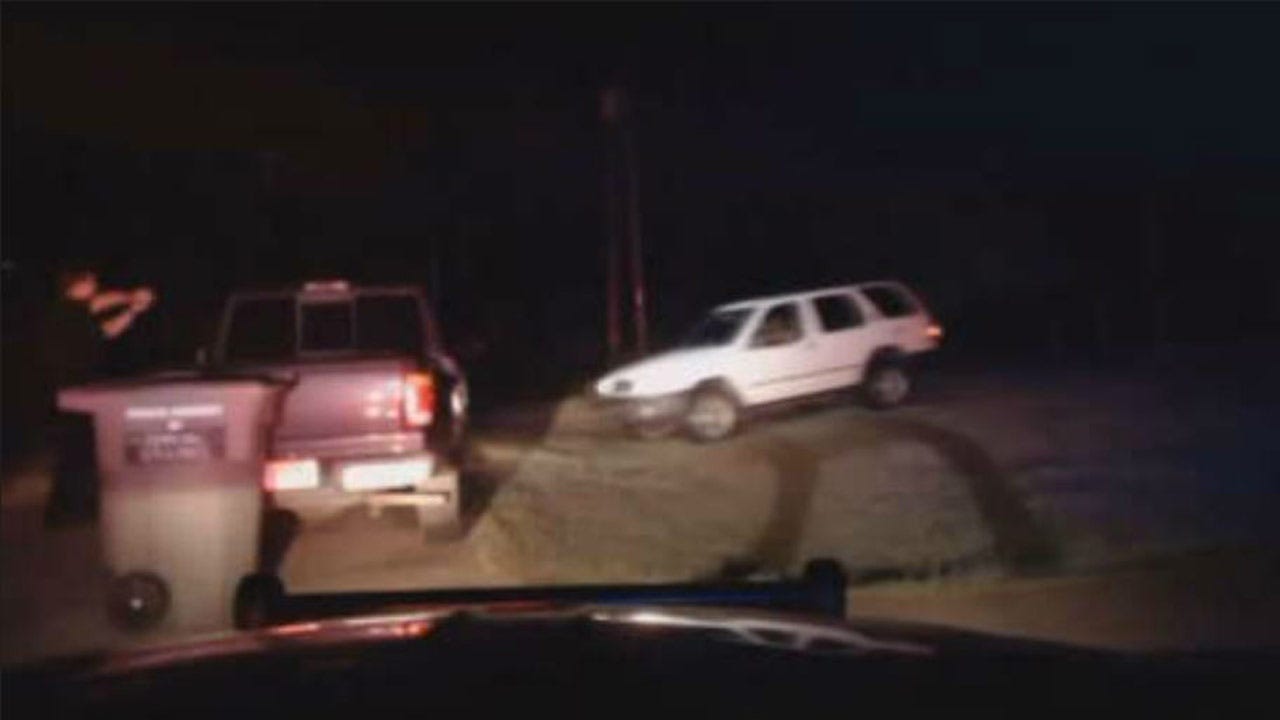 On Saturday the public got their first look at the video of the officer-involved shooting in Bixby that happened in July.

The family of a 16-year-old boy who was shot and killed by Bixby police has filed a lawsuit.

The officer's attorney, Scott Wood says Jon Little fired his weapon because he was in fear for his life. Dash Cam video shows officer Jon Little chasing after Logan Simpson's vehicle trying to pull him over.

As they near a dead end, Officer Little jumps out of his car demanding Simpson to get on the ground.

The video shows Logan's SUV coming toward officer Little, and the officer backs up out of the dash cam view. Seconds later you can hear the gunshots.

Woods says because Officer Little believed the suspect in the vehicle was involved in a previous crime, he drew his gun.

It all started when police got a 911 call in July from Simpson's mom saying someone attacked Logan's brother with an ax.

The family's attorney says while Tiffany was on the phone with dispatch, Logan left the house in his SUV. According to a lawsuit filed by the family yesterday, Tiffany asked Deante Strickland, who was driving the vehicle and he replied: "my homeboy took it."

Tiffany then told the dispatcher that someone stole her son's car. Before she realized it was actually her son who was driving, it was too late. The lawsuit says police did nothing to cancel the stolen vehicle call that went out over the radio.

Officer Jon Little's Attorney, Scott Woods, says because Officer Little believed the person in the SUV was the one who attacked someone with an ax, he drew his gun.

Logan Simpson's attorney says the teenager was trying to drive away from officers not toward them when he was killed.