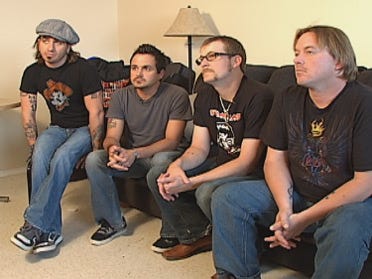 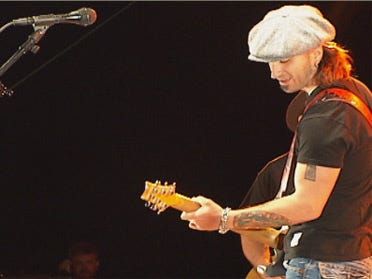 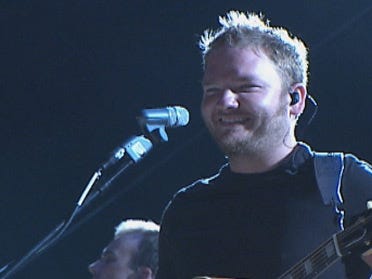 This Sunday some of Oklahoma's most famous music stars, including Reba McEntire, Toby Keith and Garth Brooks, hit the stage for the 43rd annual Academy of Country Music Awards.

While those country superstars might have found their fame via Nashville, other Oklahoma musicians are finding their success a lot closer to home.

Some consider Red Dirt music country sounding, while others say it sounds like southern rock. Some say if the music needs a label to just use the word Oklahoma.

"You start in the middle, at Stillwater, Oklahoma, and you just kind of branch out in every direction," Stoney LaRue, a Red Dirt musician, said about the origins of the music.

Like many musicians, LaRue cut his teeth in Stillwater, the birthplace of the Red Dirt music scene. Along with LaRue are artists like Mike McClure, the Red Dirt Rangers and Cross Canadian Ragweed, who all got their start there. Despite budding from the same location, each band has a distinctive sound, said Brandon Jackson, guitarist for No Justice.

Cody Canada, front man for Cross Canadian Ragweed, describes the music as a collage of many genres into one.

Many Red Dirt musicians said that before they ever made it to the big stage in front of devoted fans, they were students of the recently departed Bob Childers.

Childers, whose country home was known as "The Farm", lived just outside the Stillwater city limits. He is often referred to as the "Godfather of Red Dirt."

"There were nights they'd open up what they call the ‘Gypsy Café.' There'd be nights that Jimmy LaFave, right off a tour, off a European tour, he'd come in and play the Gypsy Café. It wasn't a venue, it was just a shed. But everybody in town knew it," said Canada.

While Nashville has given birth to many profitable musical careers, some Red Dirt musicians are proud to stay here and measure their success in other terms than dollar signs and trophies.

"There's no real need, really I guess to say, to go out there and be out there. I mean, the scene is here, and it's growing from here," Jackson said.

Cooper said he measures success in terms of longevity.

"I measure success by, especially in this business, in art, as longevity. I wish Nashville understood what we do. I don't think that they would. I don't think they could. And if they did they'd just screw it up!" Cooper said.

These Red Dirt musicians feel they are successful without the aid of "Nashville" contracts. Bolan believes at least some of Red Dirt's success has come from the Internet.

"The growth is due in part, to the power of the Internet. It turned out that that gave us the freedom. The power is in the musician's hands again,"