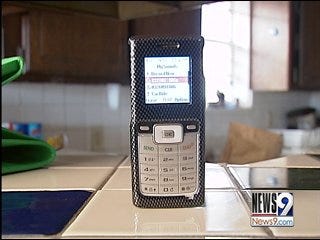 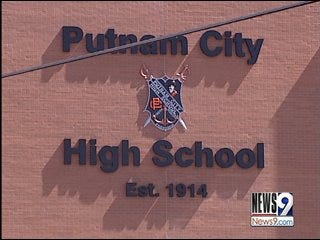 PUTNAM CITY, Oklahoma -- Parents take offense to a school leader's foul mouth after he left them an explicit voicemail.

The voicemail is a bit distorted, but Eric Hutchins says the message is loud and clear by Putnam City High School Principal Dr. Don Wentroth.

Hutchins admits the message on his cell phone followed a heated verbal dispute at the school between his fiancé, and her daughter's coach.

Hutchins and his family took the message to school administrators. A few days later, Dr. Wentroth called back, taunting him.

Administrators say there's only one word to describe the principal's four-letter words.

"It would be unacceptable," said Putnam City Schools Spokesman Steve Lindley. "I think we agree with the family, the message is unacceptable."

The district has apologized to the family, and Hutchins's thankful for the quick response, but he's still disappointed. He says the foul mouth is the one that should be apologizing.

"I don't want to take your job away from you," Hutchins said. "I just want you to acknowledge the fact that you're wrong."

The school district says Dr. Wentroth was not at the school Friday, but they won't comment on his future with the Putnam City, which is an issue the school board will have to take up.