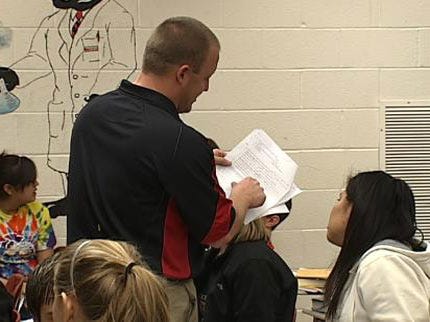 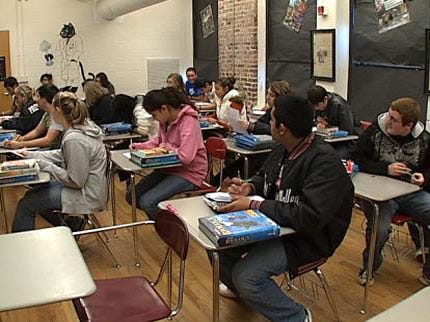 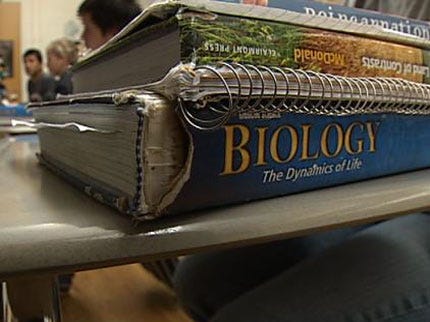 OKLAHOMA CITY -- Parents may not like what they see at their kids' schools in the next year or two -- larger classes and more tattered textbooks. It's a very real possibility, and it's not by accident.

It's no secret that Oklahoma school districts will face severe challenges in the coming months as administrators try to figure out how to stretch what is certain to be a diminished state formula allocation for FY 2011. Programs and teaching positions -- full and part-time -- could be on the chopping block, even with the expected help of federal stimulus dollars and money from the state's Rainy Day Fund.

That's why state lawmakers are considering two additional measures, to give school districts some options as they advance into uncertain territory.

The first measure, included in the language of Senate Bill 1858, would give school districts the option of allowing class sizes to exceed state-mandated limits. On its face, the proposal is very unpopular with parents:

"That's the worst way to decrease the budget that I could think of," said one mother, moments after learning of the plan.

Current Oklahoma law provides that school districts will face financial penalties, if K-5 classrooms exceed 20 students, or if middle or high school teachers are responsible for more than 140 students.

Districts whose bonded indebtedness is 85 percent or more of their capacity are exempted from the requirement (212 districts qualified for that exemption in 2009), but SB 1858 would exempt all districts for the next two fiscal years.

The president of the Oklahoma Education Association, Becky Felts, believes the legislation is misguided.

"It's a desperate time, and desperate measures are being taken," said Felts.

Felts, a former elementary school teacher, said the measure will encourage schools to try to get by with fewer teachers.

"And when you pile the kids deep and try to teach 'em cheap, you have some long-term repercussions from that that are negative to student learning."

In Greg Manning's ninth grade biology class, about 25 students are learning all about DNA, RNA, and genetic code. Manning said he could still cover the material with larger classes, but admits it wouldn't be ideal.

"It would certainly make it a little tougher," said Manning, "you're gonna have less one-on-one time with each individual student."

The sponsor of the bill, Susan Paddack (D-Ada), understands this concern, but she said it's more important right now that districts have some flexibility with regard to staffing -- by far their biggest expense -- even if it results in some classrooms growing.

"Do we wanna do that? Do we want to exceed class size? Absolutely not," Paddack declared. "But, do we want to keep teachers there so [students] have someone in front of them, teaching and doing the things that they need to do as an instructor? Absolutely."

"In my district we receive about $68,000," Russell told us. "If I could use that for some other instructional monies, I could free up some general revenue monies and maybe not have to reduce a teacher."

Statewide, about $33 million is allocated for textbooks annually, enough to pay the salaries of about 750 teachers.

"Obviously, from a teacher's standpoint, if it comes down to [either]...cutting teachers or going a year or two without getting new books, you'd want to have those teachers there--it goes back to the class size," said Manning, the biology teacher.

Naturally, the textbook industry doesn't feel quite the same way.

As sympathetic as one industry spokesman said they are to school districts and the difficult choices they may have to make regarding staffing, they say lawmakers and school administrators need to understand that what they're considering with regard to textbooks could be just as detrimental.

"We are possibly taking away the funding source that would give...teachers the number one tool--the most important tool in their tool box to educate a child, and that is a current textbook," said Jerrod Shouse, spokesman for the Association of American Publishers.

"That is the reason, I think, that everybody's saying let's not do this for a long-term situation, because I don't think it's best for education," said Pauls Valley Superintendent Bobby Russell.

At last check, SB 1858 had cleared the Senate Appropriations Committee and was headed to the floor for consideration by the full Senate.

Senate Bill 1784, which lets schools use textbook money for other expenses, is going to the House and HB 3029, which suspends several state mandates including class size requirements, is headed to the Senate for voting.