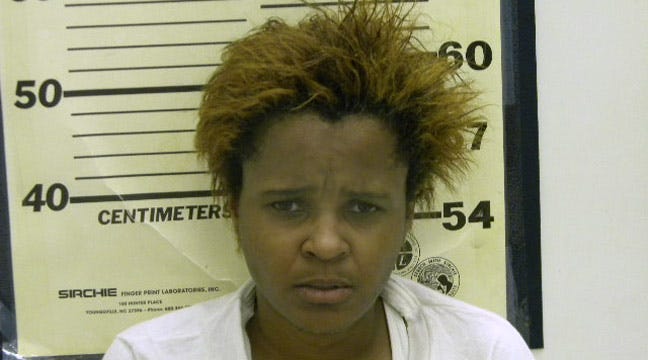 CHOUTEAU, Oklahoma -- An apparent case of mistaken identity almost cost one Oklahoma woman her life. The Chouteau woman says someone tried to kill her because she looks like Casey Anthony, who, as of July 14, was still jailed halfway across the country in Florida.

Shortly after Casey Anthony was acquitted on the charge that she murdered her two-year-old daughter, signs of hatred mounted against her. But, many may say, none have been as bizarre as what is reported to have happened in Oklahoma.

It was a typical night for Sammay Blackwell at a Chouteau convenience store where she works until one customer's visit began a road rage of drama Blackwell may never forget.

"I said, ‘Oh my God, help me,'" said Blackwell. "I just started praying because I knew something was bad."

Blackwell said a suspicious woman entered the store shortly after 10 p.m. on Friday, July 8 and left after buying gas. But, that was not the last time their paths would cross.

"I got in my vehicle and began to back out and looked and could tell she was staring directly at me," said Blackwell. "I could almost see the white in her eyes."

Blackwell said the woman, Shireen Nalley, followed her and rammed her truck causing it to flip two and half times. She says she never talked with her attacker, but believed she was targeted because people tell her she resembles Casey Anthony.

A police report does not state Nalley thought the victim was Casey Anthony, but at least one police officer in Chouteau said that was what the woman believed.

"She said that I was trying to hurt babies [that] I was killing babies, and she was going to stop me before it happened again," said Blackwell referencing what she was told by police.

A professor of sociology and criminology at Oklahoma City University said the verdict and media attention have angered many people.

"There are millions of people that watched every moment of that case from the time it happened all the way through," said Professor Howard Kurtz.

Kurtz says the case in Chouteau is rare, but attacks against the real Casey Anthony might not be.

"Once you've been convicted in the media, how do you ever go back," asked Kurtz.

Kurtz said Casey Anthony may never be able to lead a normal life. She's set to be released from jail on Sunday, July 17. There are reports that say she could move to Texas to live with family.