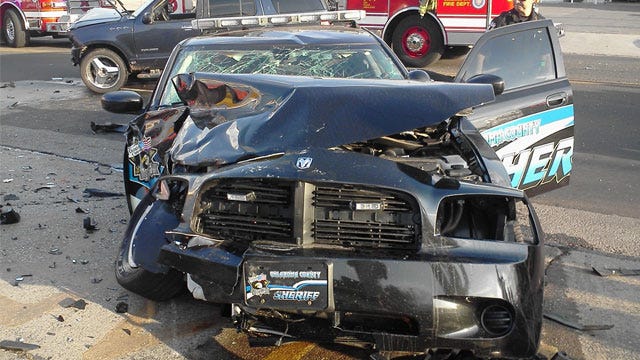 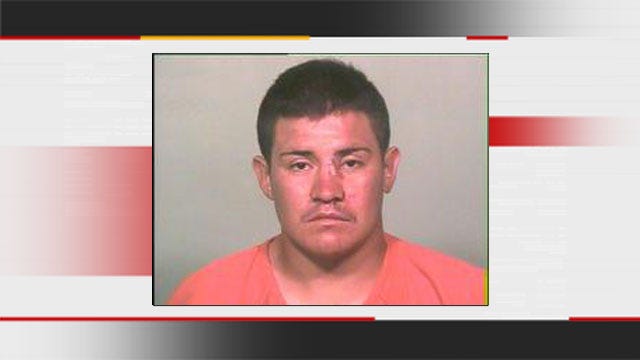 According to Oklahoma Highway Patrol, troopers have arrested and booked the SUV driver, 21-year-old Francisco Noriega-Perales.

The Oklahoma County Sheriff's Office reported the SUV driven by Perales was eastbound in the westbound lanes when it collided with the deputy's cruiser.

EMSA responded to the scene and treated both drivers. Neither driver was transported to the hospital.

A witness said the SUV's driver was administered a field sobriety test by an Oklahoma Highway Patrol trooper after he was treated by EMSA. The driver was later seen to be handcuffed.

Perales is currently being held at the Oklahoma County Detention Center on complaints of driving under the influence, driving left side of road/no passing, and not wearing a seat belt.

Everyone involved in the crash has been medically cleared and will be okay, including K-9 Deputy "Boze", the Oklahoma Highway Patrol reported.