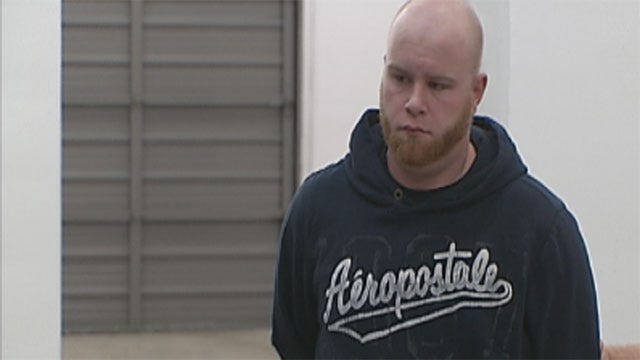 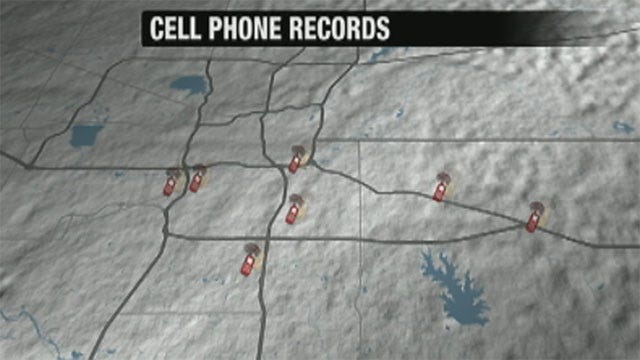 A pregnant Blanchard mom is found stabbed and beaten to death. Her husband Justin Adams is now charged with the murders.

Soon after Jaymie Adams disappeared, her husband and mother-in-law revealed the couple's life in prostitution. Their claims about what happened leading up to Jaymie's murder are now contradicted with details found in court documents.

Justin Adams' attorney Irven Box says he is surprised they are charging without forensic evidence.

"I don't see anything that ties him to the murder," Box said.

The document shows Jaymie planned to see a man for sex in Midwest City, but the man later reported to police he spoke to Jaymie at 1 a.m. to cancel the meeting.

Around 4:30 a.m., Justin made his first call to Jaymie. Justin then makes several calls from 5 a.m. until 4 that evening.

At that time, Justin and Jaymie's phones hit the same towers at different places in the metro.

"A lot of those times are wrong," said Tina Clarke, Justin's mother.

Clarke says she knows "Justin was at his house from 1130 p.m. to 2:30p.m., playing on Facebook." She also says Justin knocked on her door between two and three that morning to borrow the car.

Clarke's boyfriend was at house at that time but told police he never saw Justin. Still, Tina tells us she went with Justin around 3:30 p.m. or 3:45 p.m. to look for Jaymie. Phone records show Justin and Tina exchanged calls before that time.

Clarke also responded to the new evidence mentioned in the documents about Justin having an intimate relationship with a woman named Lisa Leaver-Pate. She says Justin met her two weeks after Jaymie disappeared and he had been confiding in her about Jaymie.

Leaver-Pate initially agreed to talk with investigators, but it's reported her attorney Jeff Box canceled that interview.

The attorney, Jeff Box, did not return the call in time for this story aired.