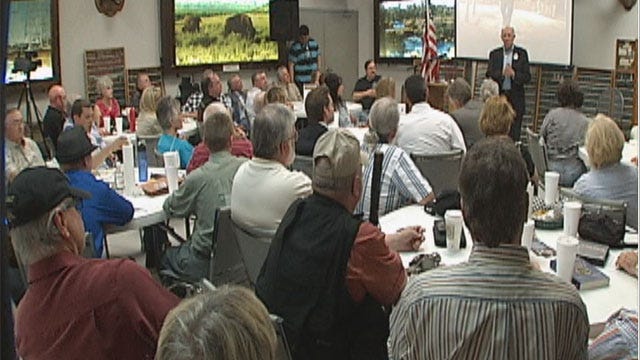 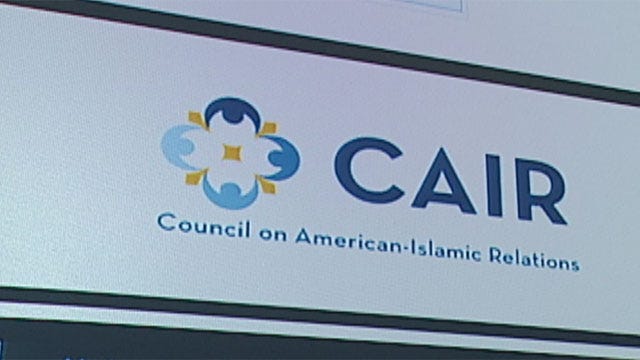 The former director of the CIA was in Oklahoma City Friday, talking terrorism, and the group he singled out has a chapter right here in OKC.

The group former CIA Director James Woolsey was talking about is CAIR- the Council on American-Islamic Relations. Woolsey says the group is an extremist Muslim group with ties to terrorists.

In Oklahoma City, CAIR has been a visible voice for the Muslim community. But Woolsey told the High Noon club today the federal government believes the group is in the business of helping terrorists.

"There was listed an organization: The Islamic Organization of Palestine, it changed its name in 1994. It is now called the Council on American, Islamic Relations, CAIR," Woolsey told the crowd.

The evidence, says Woolsey, is the federal case: the U.S. vs. the Holy Land Foundation, which Woolsey says is the biggest terrorist financing case of all time. In it CAIR is named as an unindicted co-conspirator.

"It was clearly in the business of helping send funds to a terrible, totalitarian terrorist organization:  Hamas," Woolsey told News 9 in an interview Friday following his speech.

In November, President Obama signed into law a resolution prohibiting the FBI from working with unindicted co-conspirators.

This letter from the Oklahoma City FBI office severs ties between the bureau and CAIR's Oklahoma Chapter.

Woolsey says it's hard to tell what Oklahoma City's members are up to, but he says the group's overall doctrine is to undermine any non-Islamic state such as the United States.

News 9 spoke with a representative from CAIR's Oklahoma Chapter. He says the allegations are not based on facts, and CAIR has never been prosecuted by the government because they aren't doing anything illegal.

In addition he says Woolsey's comments produce a distrust in American Muslims and he is trying to prevent minorities from having a voice in society.

Woolsey grew up in Tulsa. He served as CIA director under President Clinton from 1993 to 1995.